On June 9, 2021, Devon Energy Corporation (the “Company”) completed its previously announced private offers to exchange (the “Exchange Offers”) any and all (to the extent held by eligible noteholders, as described below) of the approximately $2.0 billion aggregate principal amount of outstanding notes of WPX Energy, Inc. (the “WPX Notes”) for new notes issued by the Company (the “Devon Notes”), and, of the total aggregate principal amount of WPX Notes outstanding, approximately $1.96 billion, or 97.45%, were exchanged for Devon Notes. The Devon Notes were issued pursuant to an indenture, dated as of July 12, 2011 (the “Devon Base Indenture”), between the Company and UMB Bank, National Association, as trustee (the “Devon Trustee”), as supplemented by Supplemental Indenture No. 6 and Supplemental Indenture No. 7, each dated as of June 9, 2021 (the “Devon Supplemental Indentures” and, together with the Base Indenture, the “Devon Indenture”), between the Company and the Devon Trustee. The Indenture limits the ability of the Company to incur liens, consolidate, merge or sell its assets, in each case subject to certain exceptions and qualifications set forth in the Indenture. In connection with the Exchange Offers, the Company also paid cash consideration of $1,963,219 in the aggregate, to holders of WPX Notes that validly tendered WPX Notes in the Exchange Offers.

Each of the Devon Notes issued in the Exchange Offers have the same interest payment and maturity dates, interest rate and, except as set forth in the Offer to Exchange and Consent Solicitation Agreement, dated May 10, 2021 (the “Offer to Exchange”), redemption provisions, as the corresponding series of WPX Notes exchanged. The aggregate principal amount of each series of Devon Notes issued in the Exchange Offers are as follows:

In connection with the Exchange Offers and as described in greater detail in the Offer to Exchange, the Company entered into a registration rights agreement, dated as of June 9, 2021 (the “Registration Rights Agreement”), with BofA Securities, Inc., Citigroup Global Markets Inc. and Morgan Stanley & Co. LLC, pursuant to which the Company is obligated to use commercially reasonable efforts to file with the U.S. Securities and Exchange Commission and cause to become effective a registration statement with respect to an offer to exchange each series of Devon Notes for new notes registered under the Securities Act and to use commercially reasonable efforts to file a shelf registration statement to cover resales of the Devon Notes under the Securities Act in the event that the Company determines that a registered exchange offer is not available or may not be completed.

The above description is qualified in its entirety by reference to the terms of the Devon Base Indenture (incorporated by reference to Exhibit 4.1 of the Company’s Current Report on Form 8-K filed on July 12, 2011), the Devon Supplemental Indentures and the Registration Rights Agreement. The Devon Supplemental Indentures and Registration Rights Agreement are filed as Exhibits 4.2, 4.3 and 10.1, respectively, to this report.

In connection with the Exchange Offer, the Company solicited the consent of the holders of the WPX Notes (the “Consent Solicitation”) to adopt certain proposed amendments to the indenture dated as of September 8, 2014 (the “WPX Base Indenture”), between WPX Energy, Inc. (“WPX”) and The Bank of New York Mellon Trust Company, N.A., as trustee (the “WPX Trustee”), governing the WPX Notes (collectively, the “Proposed Amendments”). The Proposed Amendments eliminated or revised certain of the restrictive covenants in the WPX Base Indenture and the supplemental indentures relating to the WPX Notes, including the merger covenant and events of default other than payment-related events of default, and reduced to three business days the minimum period for notices of redemption. The Company received the requisite consents from holders of each series of WPX Notes and WPX entered into a supplemental indenture, dated as of June 9, 2021 (the “WPX Supplemental Indenture”), by and among WPX and the WPX Trustee to effect the Proposed Amendments.

The information in Item 1.01 above is incorporated herein by reference. 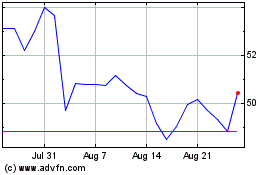 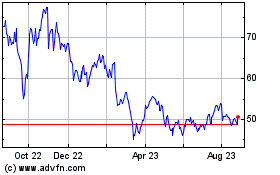 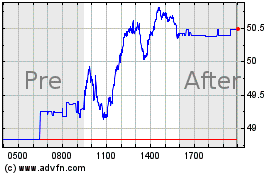