On December 4, 2020, Nationstar Mortgage Holdings Inc. (the “Issuer”), a wholly-owned subsidiary of Mr. Cooper Group Inc. (the “Company”), closed the previously announced offering (the “Offering”) of $650,000,000 aggregate principal amount of the Issuer’s 5.125% Senior Notes due 2030 (the “Notes”). The Issuer sold the Notes to the initial purchasers in the Offering, which was exempt from the registration requirements of the Securities Act of 1933, as amended (the “Securities Act”). The Notes were offered for resale to purchasers reasonably believed to be “qualified institutional buyers” as defined in Rule 144A under the Securities Act and to non-U.S. persons outside the United States in reliance on Regulation S under the Securities Act.

The net proceeds from the Offering, together with approximately $176 million of cash on hand, will be used to fund the previously announced redemption of all $750,000,000 aggregate principal amount of the Issuer’s 9.125% Senior Notes due 2026 and to pay related fees and expenses, including approximately $71 million of breakage costs and approximately $5 million of certain related fees. The transaction will result in a reduction in annual interest expense of approximately $35 million.

The Notes were issued pursuant to the Indenture, dated as of December 4, 2020 (the “Indenture”), among the Company, the Issuer, the subsidiary guarantors party thereto and Wells Fargo Bank, National Association, as trustee (the “Trustee”). Interest on the Notes accrues beginning on December 4, 2020 at a rate of 5.125% per year. Interest on the Notes is payable semi-annually on June 15 and December 15 of each year, commencing on June 15, 2021. The Notes mature on December 15, 2030.

The Indenture contains customary terms, events of default and covenants for an issuer of non-investment grade debt securities. These covenants include limitations on, among other things, incurring additional debt or issuing certain preferred shares, paying dividends on or making other distributions in respect of capital stock or making other restricted payments, making certain investments, selling or transferring certain assets, creating liens on certain assets to secure debt, consolidating, merging, selling or otherwise disposing of all or substantially all assets, entering into certain transactions with affiliates and designating subsidiaries as unrestricted subsidiaries.

Prior to December 15, 2025, the Issuer may, at its option and on any one or more occasions, redeem some or all of the Notes at a make-whole price plus accrued and unpaid interest to the redemption date.

Prior to December 15, 2023, the Issuer may, at its option and on any one or more occasions, redeem up to 40% of the aggregate principal amount of the Notes with an amount equal to or less than the net proceeds from certain equity offerings at a redemption price of 105.125% plus accrued and unpaid interest to the redemption date.

On or after December 15, 2025, the Issuer may, at its option and on any one or more occasions, redeem some or all of the Notes at the applicable redemption prices set forth in the Indenture, plus accrued and unpaid interest to the redemption date.

If a “change of control” (as defined in the Indenture) occurs, the holders of the Notes may require the Issuer to purchase for cash all or a portion of their Notes at a purchase price equal to 101% of the principal amount of the Notes, plus accrued and unpaid interest to the repurchase date.

The Notes will be fully and unconditionally guaranteed, jointly and severally, on a senior unsecured basis by the Company and each of Nationstar’s existing and future wholly-owned domestic subsidiaries (other than certain excluded subsidiaries). The guarantees will be senior unsecured obligations of the guarantors and will rank senior in right of payment to any future subordinated indebtedness of the guarantors, equally in right of payment with all existing and future senior indebtedness of the guarantors and effectively subordinated to any future secured

indebtedness of the guarantors to the extent of the value of collateral securing such indebtedness. The Notes and the guarantees will be structurally subordinated to the indebtedness and liabilities of the Company’s subsidiaries that do not guarantee the Notes.

The foregoing summaries of the Indenture and the Notes do not purport to be complete and are qualified in their entirety by reference to the Indenture, a copy of which is filed as Exhibit 4.1 to this Form 8-K, and such documents are incorporated herein by reference.

The information set forth in Item 1.01 of this Current Report relating to the Indenture is incorporated by reference into this Item 2.03. 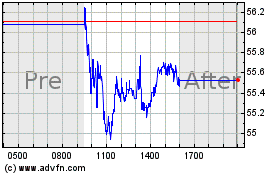