Securities registered or to be registered pursuant to Section 12(b) of the Act:

Signed on July 30, 2020 with an effective date of July 31, 2020, the Modification accelerates the date by which performance of the remaining study tasks under the JWMRP Contract must be completed from September 30, 2020 to August 31, 2020. Additionally, the Modification effects an adjustment to the previous budget approved for certain tasks completed by the Company under the JWMRP Contract. The Company experienced cost overruns in connection with its completion of certain of these tasks, for which the DoD reimbursed the Company. The Modification allows the application of the reimbursed funds with respect to the overrun tasks against cost under-spending on other tasks under the JWMRP Contract. Accordingly, the Company will not be responsible for repaying any of the reimbursed amounts of approximately $472,310 back to the DoD. Finally, the Modification revises the approved statement of work and de-obligates funding on the JWMRP Contract by $5,063,589 for tasks that have been de-scoped from the contract. The DoD determined to de-scope these tasks because the length of time expended in obtaining concurrence from the FDA with the biocomparability study and the new required study design made it unlikely that such tasks could be completed before the expiration of the JWMRP Contract.

Also effective July 31, 2020, the DoD modified the terms of the Company’s previously disclosed Award/Contract W81XWH-15-1-0570, dated September 30, 2015 by issued by USA Med Research ACQ Activity to the Company (the “PRMRP Grant”). Under the PRMRP Grant, the DoD has provided funding support for the clinical studies of entolimod needed for a BLA. Under the terms of the PRMRP Grant, the DoD was to have made approximately $6,573,992 available to reimburse the Company for the performance of the clinical studies. However, given the length of time expended in obtaining concurrence from the FDA with the biocomparability study and the new study design required to remove the clinical hold currently in place, the DoD has determined that there is not enough time left before the expiration of the PRMRP Grant to complete all of the studies for which funding was potentially available. Accordingly, the DoD, by notification to the Company, has modified the PRMRP Grant by reducing the funds available for reimbursement to the Company by approximately $6,350,306. 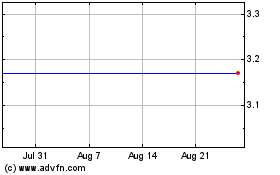 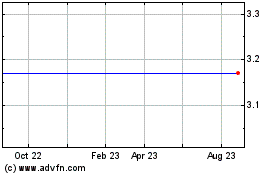 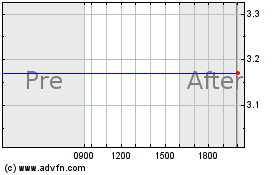