Pursuant to the terms of the Merger Agreement, at the Effective Time, each restricted stock unit award in respect of Shares that is outstanding immediately prior to the Effective Time (a “Company RSU”) shall fully vest (including Company RSUs subject to performance-based vesting) and shall be cancelled and converted automatically into the right to receive an amount in cash, without interest, equal to the product of (i) the amount of the Merger Consideration and (ii) the total number of Shares underlying such Company RSU, net of applicable tax withholding.

In connection with the approval of the Merger Agreement, the Compensation Committee of the Board and the Board approved (i) the acceleration of all Company RSUs (including Company RSUs subject to performance-based vesting conditions), and (ii) the lapse of all restrictions and vesting requirements with respect to each share of Company Restricted Stock, each subject to and conditioned upon the closing of the Merger. The Company has no outstanding stock options.

The Merger Agreement contains customary representations and warranties of the Company, Parent and Merger Sub. The Merger Agreement also contains customary covenants and agreements, including with respect to the operation of the business of the Company and its subsidiaries between signing and closing, governmental filings and approvals, public disclosures and similar matters.

The consummation of the transactions contemplated by the Merger Agreement is subject to the satisfaction or waiver (if permitted by law) of certain customary closing conditions, including, without limitation, (i) the absence of any law or order (whether temporary, preliminary, or permanent) enacted, entered, promulgated, or enforced by any governmental entity which prohibits, restrains, or enjoins the consummation of the Merger, and (ii) obtaining the affirmative vote (in person or by proxy) of the holders of a majority of the outstanding Shares entitled to vote thereon in favor of the adoption of the Merger Agreement (the “Company Stockholder Approval”).

During the period beginning upon the execution of the Merger Agreement and continuing until 12:01 a.m. New York City time on Tuesday, October 22, 2019 (the “Go-Shop Period”), the Company is permitted to, directly or indirectly, initiate, solicit, facilitate, and encourage alternative acquisition proposals, provide access to non-public information pursuant to an acceptable confidentiality agreement and engage or enter into, continue, or otherwise participate in any discussions or negotiations with respect to any acquisition proposal. Following the expiration of the Go-Shop Period, the Company will cease such activities, and be subject to customary “no-shop” restrictions on its ability to solicit acquisition proposals from third parties and to provide non-public information to and engage in discussions with a third party in relation to an acquisition proposal, except that the Company may continue to engage in the aforementioned activities with third parties from whom the Company has received an acquisition proposal during the Go-Shop Period that the Special Committee has determined constitutes or is reasonably likely to lead to a Superior Proposal (as defined below) and has determined that the failure to take such actions would be inconsistent with the Board’s fiduciary duties.

Prior to obtaining the Company Stockholder Approval, the Board may change its recommendation that stockholders vote to adopt the Merger Agreement (i) in response to any positive material event or development or material change in circumstances with respect to the Company and its subsidiaries, taken as a whole, that (A) was not actually known or reasonably foreseeable to the Special Committee or the Board as of, or prior to, the date of the Merger Agreement and (B) does not relate to any alternative acquisition proposal or Superior Proposal, in each case other than (x) an effect resulting from a breach of the Merger Agreement by the Company or any of its subsidiaries, (y) changes in the market price or trading volume of the Shares, in and of itself, or (z) the fact that the Company meets or exceeds any internal or published projections, forecasts, budgets, plans for any period, in and of itself (an “Intervening Event”) or (ii) if the Company has received an acquisition proposal involving more than fifty percent (50%) of the Company’s assets or outstanding shares of Common Stock that the Board determines in good faith (after consultation with its financial advisor and outside legal counsel) is reasonably likely to be consummated in accordance with its terms and, among other things, if consummated, would be more favorable to the Company’s stockholders than the Merger (a “Superior Proposal”) (in which case the Company may also terminate the Merger Agreement to enter into such Superior Proposal, subject to certain conditions including payment of the Company Termination Fee, as described above), if, in either case, the Board determines in good faith (after consultation with its financial advisor and outside legal counsel) that the failure to change its recommendation in such circumstances would reasonably be expected to be inconsistent with its fiduciary duties to the stockholders of the Company under applicable law.

determined to be a Superior Proposal are made, the Company must notify Parent of such modification and such three (3) business day period will recommence and be extended for two (2) business days from the date of such notification.

In connection with the Merger Agreement, Jon B. Kutler, who owns or controls in the aggregate approximately 7.1% of the Company’s outstanding Shares of Common Stock as of September 22, 2019, has entered into a voting agreement (on behalf of himself, Admiralty Partners, Inc., and his family trusts) with the Company and Parent dated September 22, 2019 (the “Voting Agreement”), pursuant to which he has undertaken to vote all Shares he beneficially owns in favor of the adoption of the Merger Agreement and against any alternative acquisition proposal other than the Merger, and not to transfer the Shares he beneficially owns during the pendency of the Merger. The Voting Agreement terminates upon the termination of the Merger Agreement.

On September 23, 2019, the Company issued a press release announcing the execution of the Merger Agreement. A copy of the press release is attached hereto as Exhibit 99.1 and is incorporated herein by reference.

Arotech and its directors and certain of its executive officers and employees may be deemed to be participants in the solicitation of proxies from Arotech’s stockholders with respect to the proposed merger transaction under the rules of the SEC. Information about the directors and executive officers of Arotech and their ownership of shares of Arotech’s common stock is set forth in its Annual Report on Form 10-K for the year ended December 31, 2018, which was filed with the SEC on March 7, 2019, its proxy statement for its 2019 annual meeting of stockholders, which was filed with the SEC on March 22, 2019 and in subsequent documents filed with the SEC, including the Proxy Statement. Additional information regarding the persons who may be deemed participants in the proxy solicitations and a description of their direct and indirect interests in the merger transaction, by security holdings or otherwise, will also be included in the Proxy Statement and other relevant materials to be filed with the SEC when they become available. You may obtain free copies of this document as described above.

This communication contains “forward-looking statements” within the meaning of the Private Securities Litigation Reform Act of 1995. Arotech generally identifies forward-looking statements by terminology such as “may,” “will,” “should,” “expects,” “plans,” “anticipates,” “could,” “intends,” “target,” “projects,” “contemplates,” “believes,” “estimates,” “predicts,” “potential” or “continue” or the negative of these terms or other similar words. These statements are only predictions. Arotech has based these forward-looking statements largely on its then-current expectations and projections about future events and 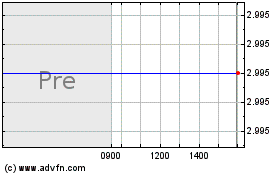