TORONTO, June 26, 2019 /PRNewswire/ - Golden Star Resources Ltd. (NYSE American: GSS; TSX: GSC; GSE: GSR) ("Golden Star" or the "Company") announces that Daniel Owiredu will be stepping out of the role of Executive Vice President and Chief Operating Officer ("COO") of Golden Star with effect from July 8, 2019, and will be replaced in that role by Graham Crew. During the transition period until December 31, 2019, Daniel will take on the role of President of the Company.

As of January 1, 2020, Mr. Owiredu will step down as President and be appointed as Chairman of the Boards of Directors of the Company's subsidiaries, Golden Star (Wassa) Limited and Golden Star (Bogoso/Prestea) Limited.

Mr. Crew has over 25 years of operational, technical and corporate experience in the mining industry. Most recently he was General Manager Mining for Barminco Limited, a global underground mining services company.  He previously held the positions of General Manager of the Bulyanhulu mine for Acacia Mining, Operations Manager for La Mancha's Australian operations and has held a number of other technical and operational positions for mining companies in various geographies. Graham has a strong track record of transforming operations through the development of vision and strategy with disciplined implementation. His broad experience, which also includes construction projects, due diligence, project evaluation and project financing, is expected to significantly contribute to optimization of Golden Star's current assets, and in developing the future growth and success of the Company. Mr. Crew holds a Bachelor's degree in Mining Engineering from West Australian School of Mines and is a Fellow of the AusIMM. He will relinquish his position on the Board of Directors of Golden Star once he takes over as COO and will be based in London.

In addition to this change, Martin Raffield will be leaving his position as Executive Vice President, Chief Technical Officer of the Company with effect from September 30, 2019. Dr. Raffield's successor will be appointed in due course.

Andrew Wray, President and CEO of Golden Star commented: "I would like to recognize Martin's significant contribution to the development of the Company over a number of years as the business has evolved into a focused underground mining company with an asset base that provides long life, high quality growing production. Whilst Martin will move on to new challenges, we are in the fortunate position of having Daniel very much remain in the Golden Star family, first as President working directly with me, and then next year as Chairman of our two Ghanaian operating company Boards where we will continue to count on his wise counsel and technical expertise. In Graham, we have gained someone with the skill set to build on the company's strong existing platform and to take the company to next phase of its development and I welcome him to the team."

Golden Star is an established gold mining company that owns and operates the Wassa and Prestea underground mines in Ghana, West Africa. Listed on the NYSE American, the Toronto Stock Exchange and the Ghana Stock Exchange, Golden Star is focused on delivering strong margins and free cash flow from its two high-grade, low cost underground mines. Gold production guidance for 2019 is 220,000-240,000 ounces at a cash operating cost per ounce of $620-$680. As the winner of the PDAC 2018 Environmental and Social Responsibility Award, Golden Star is committed to leaving a positive and sustainable legacy in its areas of operation.

Some statements contained in this news release are "forward-looking statements" within the meaning of the Private Securities Litigation Reform Act of 1995 and "forward looking information" within the meaning of Canadian securities laws. Forward looking statements and information include, but are not limited to, statements and information regarding: future appointments to the Company's management team and the boards of directors of the Company and its subsidiaries, Golden Star (Wassa) Limited and Golden Star (Bogoso/Prestea) Limited; and the Company's 2019 forecasted gold production and cash operating costs. Generally, forward-looking information and statements can be identified by the use of forward-looking terminology such as "plans", "expects", "is expected", "budget", "scheduled", "estimates", "forecasts", "intends", "anticipates", "believes" or variations of such words and phrases (including negative or grammatical variations) or statements that certain actions, events or results "may", "could", "would", "might" or "will be taken", "occur" or "be achieved" or the negative connotation thereof. Investors are cautioned that forward-looking statements and information are inherently uncertain and involve risks, assumptions and uncertainties that could cause actual facts to differ materially. There can be no assurance that future developments affecting the Company will be those anticipated by management. Please refer to the discussion of these and other factors in Management's Discussion and Analysis of financial conditions and results of operations for the year ended December 31, 2018, and our annual information form for the year ended December 31, 2018, each of which is filed on SEDAR at www.sedar.com. The forecasts contained in this press release such as production guidance constitute management's current estimates, as of the date of this press release, with respect to the matters covered thereby. We expect that these estimates will change as new information is received. While we may elect to update these estimates at any time, we do not undertake to update any estimate at any particular time or in response to any particular event. 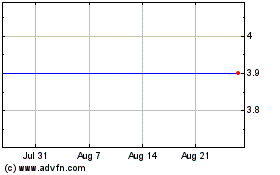 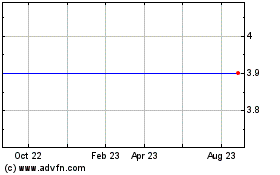 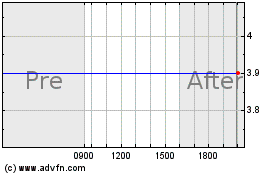