9.22
-0.24 (-2.54%)
Upgrade to Real-Time
Afterhours (Closed)
9.22
FuelCell: Not the Hydrogen Economy Play You’re Looking For
April 21 2021 - 08:51PM
TipRanks
As with many growth sectors, the new energy segment has taken a beating recently. And while some would say the dip is an opportunity to load up on shares at bargain prices, Wells Fargo Praneeth Satish recommends the opposite when considering FuelCell Energy’s (FCEL) prospects. In fact, even after FCEL shares have retreated by 67% from the mid-Feb highs, Satish thinks it is hard for the company to justify its current standing in the market. To this end, Satish initiated coverage of FuelCell with an Underweight (i.e. Sell) rating and a $9 price target.
https://www.tipranks.com/news/article/fuelcell-not-the-hydrogen-economy-play-youre-looking-for 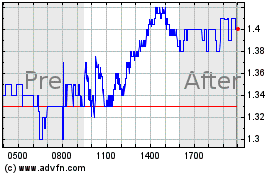