The collapse of Bill Hwang's Archegos Capital Management in late March took many investors and several banks by surprise when ViacomCBS Inc. and Discovery Inc.'s share prices tumbled. It turns out that some companies were also left wondering why their share prices whipsawed.

Executives at online lender LendingClub Corp. and digital streaming service fuboTV Inc. still aren't sure if sudden swings in their stock were from banks unloading billions in Archegos investments--or if the drop was from something else entirely, according to people familiar with the matter.

Archegos had previously told executives at LendingClub that it was a big shareholder, said one of the people. But without the regular disclosures that investment firms typically make after they build up a sizable stake in a stock, those executives didn't have a way to verify the ownership claim.

It might seem surprising that a company can't pinpoint why its stock suddenly falls, but the Archegos meltdown shows how difficult it can be for executives to determine who owns their company's stock and for what reason.

A chorus of companies and advocacy groups are now calling on regulators to revise financial-disclosure guidelines, particularly around loosely regulated family offices such as Archegos and around the use of derivatives, investor bets linked to stock prices instead of the stocks themselves.

"The U.S. has gone from a leader in timely disclosure to a laggard internationally," said Leo Strine Jr., a former chief justice of the Delaware Supreme Court who is now a corporate attorney at Wachtell, Lipton, Rosen & Katz.

"Even more embarrassingly, the U.S. fails to cover derivatives and other relevant instruments that affect target companies," he said. "We have a 1975-era regulatory regime governing a 21st century economy, and it's high time it was fixed."

Family offices such as Mr. Hwang's are lightly regulated. A law passed in the wake of the financial crisis intended to shore-up financial markets, known as the Dodd-Frank Act, included an exemption for family offices from certain reporting requirements that pertain to most other investment firms managing more than $100 million.

Archegos was still subject to filing other stock-ownership disclosures required by securities laws, but the firm appeared to avoid those through its use of a type of derivative known as total return swaps--investments made by banks on behalf of clients for a fee. The swaps hid Mr. Hwang's holdings from the companies he invested in, obscuring how much each was exposed to a single investor. Archegos declined to comment.

Archegos is just one of more than 10,000 family offices that collectively manage nearly $6 trillion in assets, said advocacy group Americans for Financial Reform in a letter calling on the Securities and Exchange Commission to take action to tighten disclosure rules around such firms.

"There is no reason why large investors whose decisions can significantly impact other investors and companies should be able to avoid the same scrutiny other investors face simply because of how they choose to structure their trade or their investment firm," the group said in the letter.

To be sure, individual stocks move because of broader factors in the market and separate industries that wouldn't be clear even with more aggressive disclosure requirements.

Public disclosures showed the various banks that Mr. Hwang had worked with--including Credit Suisse Group AG, Nomura Holdings Inc., Morgan Stanley and Goldman Sachs Group Inc.--as being the major shareholders in stocks rather than Archegos. When a bank is listed as a shareholder, companies have no way of knowing if the investment is on behalf of a single investor, multiple investors or the bank itself.

Around the same time, shares of online lender LendingClub slumped 11% on March 26, its biggest single-day pullback since May of last year, and digital streaming service fuboTV's stock dropped 15% that same day.

If Archegos owned LendingClub or fuboTV stocks, the firm might have driven down the share price by selling off its holdings.

Company executives were stumped by the sudden pullback of their share prices until news broke of the Archegos meltdown, according to people familiar with the matter.

Employees at fuboTV passed around a tweet from a pseudonymous Twitter account after its shares fell on March 26, according to a person familiar with the matter.

The tweet purported to show Archegos positions held at Nomura, including 4.7 million shares of fuboTV. The employees cross-referenced fuboTV's largest shareholders on FactSet and saw that its largest one was Nomura, with 4.7 million shares as of the end of 2020.

One other firm on the list, Viper Energy Partners LP, a spinoff from West Texas oil producer Diamondback Energy Inc., said the buildup of stakes by banks' prime brokerage arms was unusual and now after the incident suggests that Archegos may have been involved.

Nomura's prime-brokerage arm is one of Viper Energy's largest shareholders, owning a nearly 5% stake. That large of a stake by a prime broker is rare, said Kaes Van't Hof, president of Viper Energy. The firm hasn't tried to confirm whether Archegos was involved, Mr. Van't Hof said, adding that it is "hard to impossible to find out from the prime brokers who actually owns the stock" even if they had reached out. Nomura declined to comment.

Shares of Viper Energy had mostly fallen around the time Archegos's bets collapsed, with shares dropping nearly 10% over a three-week stretch ended April 9.

"It's a bit one-sided how much public companies have to disclose versus investment funds," Mr. Van't Hof added.

LendingClub and fuboTV shares have mostly fallen since late March, with the latter's declines drawing it down 34% for the year. Shares of Viper Energy, meanwhile, have rebounded somewhat, rising about 15% so far this month.

One other stock Mr. Hwang might have been involved with is Chinese educational app maker iHuman Inc.

Shares of the company had mostly struggled since it went public in October. But on March 29, amid Archegos's fall, iHuman's stock experienced its second-biggest decline ever, sliding 13%.

Like Mr. Hwang's other bets that are now publicly known, banks such as Credit Suisse and Nomura populate iHuman's top holdings, according to FactSet. The only other clue that the family office might have been involved is that an Archegos junior analyst had contacted iHuman for a meeting, a person with knowledge of the matter said.

A spokesman for iHuman said the company supported the call for regulators to revise disclosure guidelines for investment firms.

"I think we are in agreement with many companies in the market that there should be greater transparency around the disclosure of fund holdings," the spokesman said in an email. "We hope the SEC will take a look at this and help increase transparency in the market." 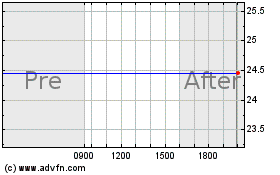