Adobe Inc. is bringing a new reading experience to its portable document format, or, as it's commonly known, the PDF.

A new set of features in Adobe's Acrobat Reader app for mobile phones and compatible Chromebooks can adjust documents to varying screen dimensions and automatically generate an outline of a PDF's contents for easier navigation. The software giant is working on bringing the new features -- collectively called Liquid Mode -- to web browsers and Acrobat products.

Adobe introduced the PDF in 1991 to let people share documents in a universal format, regardless of software, operating system or any other variables involved in creating them. Part of its appeal was that it could be sent electronically, but with protections against tampering. The PDF went on to become the de facto standard for anyone who wanted to send a document that preserved the intent of the sender and could be viewed on any device.

But PDFs have remained largely the same, lagging other technologies especially in meshing with mobile devices, leaving users either squinting or zooming in to see miniature text.

Adobe's Document Cloud arm, which includes Acrobat DC, the company's subscription and licensing offering for PDFs, reported $375 million in revenue last quarter, up from $307 million in the same period a year earlier.

But today Adobe has competition. Companies like Foxit Software Inc. and Nitro Software Inc., both of which specialize in PDF and document software, are trying to edge into the business, as well as less obvious rivals such as Dropbox Inc. The Foxit PDF Reader Mobile app does some of the things Liquid Mode does, such as rearranging a PDF's text to make it easier to read on a mobile device.

PDFs have become ubiquitous in business, used not only for official documents but, for example, by restaurants that want to digitally share a menu, said Keith Glantz, president and chief creative officer at Glantz Design Inc., a design studio. But many designers and developers don't like to use PDFs because they are hard to read on mobile devices and not responsive to screen sizes the way websites are, he said.

Liquid Mode's PDF outlines let users jump to sections that matter to them instead of having to scan whole documents. Users can also change the text size and space between lines for easier reading.

Adobe is bringing Liquid Mode to market now partly because many of its customers have adopted more digital technologies to do business, said Ashley Still, senior vice president and general manager of digital media at Adobe. People are working with more digital documents than ever, a trend accelerated by the coronavirus pandemic, she said.

But Adobe had begun working to improve the PDF in 2015. In 2017, that effort joined with a separate project to make PDFs easier to use on mobile phones in particular, said David Parmenter, director of data and engineering at Adobe Document Cloud. Eventually the two efforts merged into one.

The complexity of PDFs led developers to introduce Liquid Mode even without some desired features, such as working with Asian languages. It also doesn't work perfectly on tables yet.

The updating of the PDF means some creators will need to be more thoughtful when they make documents to ensure they are readable by the technology, said Michael Cleary, chief executive and co-founder of Huemor Designs LLC, a design agency.

"There's going to be PDFs that are not going to translate that well," he said.

Liquid Mode presents a new growth opportunity for Adobe, said Craig Le Clair, vice president and principal analyst at Forrester Research. The technology behind Liquid Mode can surface key information and analytics in a PDF for people who want those details in a more digestible format.

And that may be a way for Adobe to fend off competitors. "They'll be ahead of them in the race of analytics," Mr. Le Clair said.

Write to Ann-Marie Alcántara at ann-marie.alcantara@wsj.com 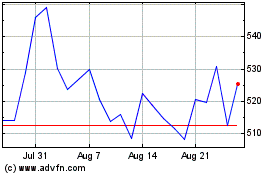 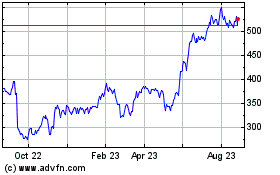 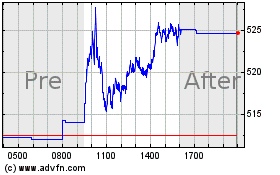