If an emerging growth company, indicate by check mark if the registrant has elected not to use the extended transition period for complying with any new or revised financial accounting standards provided pursuant to Section 13(a) of the Exchange Act.[  ]

As previously announced, NTN Buzztime, Inc. (“NTN”), and eGames.com Holdings LLC (“eGames.com”) entered into an asset purchase agreement on September 18, 2020 (as amended, the “Asset Purchase Agreement”), pursuant to which, subject to the terms and conditions thereof, NTN agreed to sell and assign all of its right, title and interest in and to the assets relating to its current business to eGames.com (the “Asset Sale”). At the closing of the Asset Sale, in addition to assuming the liabilities of NTN specified in the Asset Purchase Agreement, eGames.com will pay $2.0 million to NTN. Also as previously announced, in connection with entering into the asset purchase agreement, Fertilemind Management, LLC (“Fertilemind”), an affiliate of eGames.com, made a $1.0 million loan on behalf of eGames.com to NTN, and in connection with entering into an amendment to the asset purchase agreement, Fertilemind made an additional $500,000 loan on behalf of eGames.com to NTN. The outstanding principal amount of each of those loans, and all accrued and unpaid interest thereon, will be applied against the $2.0 million purchase price payable by eGames.com under the Asset Purchase Agreement at the closing of the Asset Sale. NTN issued unsecured promissory notes evidencing each of the loans described above to Fertilemind.

On January 12, 2021, NTN, eGames.com and Fertilemind entered into a second omnibus amendment and agreement pursuant to which, among other things, eGames.com agreed to loan, or cause Fertilemind to loan on behalf of eGames.com, an additional $200,000 to NTN (the “Third Bridge Loan”) and the parties agreed to extend the maturity date of each of the $1.0 million and $500,000 loans described above to April 30, 2021. On January 12, 2021, Fertilemind made the Third Bridge Loan to NTN and NTN issued an unsecured promissory note evidencing such loan (the “Third Note”) to Fertilemind.

The material terms of the Third Note are substantially similar to the terms of the promissory notes evidencing the $1.0 million and $500,000 loans described above. The principal amount of the Third Bridge Loan accrues interest at the rate of 10% per annum (increasing to 15% per annum upon the occurrence of an event of default), compounded annually. The principal amount of the Third Bridge Loan and accrued interest thereon is due and payable upon the earlier of (i) the termination of the Asset Purchase Agreement, (ii) the closing of a Business Combination (as defined in the Third Note), and (iii) April 30, 2021. Upon the closing of the Asset Sale, the outstanding principal amount of the Third Bridge Loan and all accrued and unpaid interest thereon will be applied against the $2.0 million purchase price under the Asset Purchase Agreement, and the Third Note will be extinguished. NTN may use the proceeds under the Third Note for, among other things, the payment of obligations related to the transactions contemplated by the Asset Purchase Agreement and other general working capital purposes. The Third Note includes customary events of default, including if any portion of the Third Note is not paid when due; if NTN defaults in the performance of any other material term, agreement, covenant or condition of either of the Third Note, subject to a cure period; if any final judgment for the payment of money is rendered against NTN and NTN does not discharge the same or cause it to be discharged or vacated within 90 days; if NTN makes an assignment for the benefit of creditors, if NTN generally does not pay its debts as they become due; if a receiver, liquidator or trustee of NTN is appointed, or if NTN is adjudicated bankrupt or insolvent. In the event of an event of default, the Third Note will accelerate and become immediately due and payable at the option of the holder.

On January 14, 2021, NTN received a letter from NYSE Regulation stating that it was not in compliance with NYSE American LLC continued listing standards. Specifically, NTN is not in compliance with Section 704 of the NYSE American Company Guide (the “Company Guide”) because it did not hold an annual meeting during its fiscal year ended December 31, 2020.

The listing of NTN’s common stock on the NYSE American is being continued during the plan period pursuant to an extension. The NYSE Regulation staff will review NTN periodically for compliance with initiatives outlined in its plan. If NTN is not in compliance with Sections 1003(a)(i), (ii) and (iii) by September 27, 2021 or if NTN does not make progress consistent with its plan during the plan period, NYSE Regulation staff will initiate delisting proceedings as appropriate.

On January 15, 2021, NTN issued a press release announcing the receipt of the letter described above. A copy of the press release is attached hereto as Exhibit 99.1 and is incorporated by reference herein.

This report is not intended to and shall not constitute an offer to sell or the solicitation of an offer to buy any securities or the solicitation of any vote or approval, nor shall there be any sale of securities in any jurisdiction in which such offer, solicitation or sale would be unlawful prior to registration or qualification under the securities laws of any such jurisdiction. No offer of securities in connection with the proposed merger contemplated by the agreement and plan of merger and reorganization (the “Merger Agreement”) between NTN and Brooklyn Immunotherapeutics LLC (“Brooklyn”) dated August 12, 2020 (the “Merger”) shall be made except by means of a prospectus meeting the requirements of Section 10 of the Securities Act of 1933, as amended.

NTN and its directors, executive officers and certain other members of management and employees, Brooklyn and its managers and officers, and eGames.com and its managers and officers may, under SEC rules, be deemed to be participants in the solicitation of proxies from the stockholders of NTN with respect to the proposed Merger and Asset Sale and related matters. Information about the directors and executive officers of NTN, including their ownership of shares of common stock is set forth in NTN’s Annual Report on Form 10-K for the year ended December 31, 2019 and Amendment No. 1 thereto, which were filed with the SEC on March 19, 2020 and April 27, 2020, respectively (the “2019 Annual Report”). Additional information regarding the persons or entities who may be deemed participants in the solicitation of proxies from NTN stockholders, including a description of their interests in the proposed Merger and Asset Sale, by security holdings or otherwise, are included in the proxy statement/prospectus/consent solicitation statement referred to above and other relevant documents to be filed with the SEC when they become available. As described above, these documents will be available free of charge at the SEC’s website or by directing a written request to NTN. Neither the managers or officers of Brooklyn nor the managers or officers of eGames.com currently hold any interests, by security holdings or otherwise, in NTN.

This report contains forward-looking statements within the meaning of Section 27A of the Securities Act of 1933, as amended, and Section 21E of the Securities Exchange Act of 1934, as amended, which are intended to be covered by the safe harbor provisions of the Private Securities Litigation Reform Act of 1995. Forward-looking statements are any statements that are not statements of historical fact and may be identified by terminology such as “expect,” “intend,” “plan,” “believe,” “anticipate,” “may,” “will,” “would,” “should,” “could,” “contemplate,” “estimate,” “predict,” “potential” or “continue,” or the negative of these terms or other similar words. Forward-looking statements are based on current beliefs and assumptions that are subject to risks and uncertainties and are not guarantees of future performance. Actual results could differ materially from those stated or implied in any forward-looking statement as a result of various factors, including, but not limited to: (i) risks that the conditions to the closing of the proposed Merger and/or Asset Sale are not satisfied, including the failure of NTN and Brooklyn to timely obtain the requisite stockholder and member approvals for the Merger and/or Asset Sale and related matters or to meet the net cash and capitalization requirements under the Merger Agreement, as applicable; (ii) uncertainties as to the timing of the consummation of the proposed Merger and Asset Sale and the ability of each party to consummate the proposed Merger and Asset Sale; (iii) risks related to NTN’s and Brooklyn’s ability to manage their respective operating expenses and expenses associated with the proposed Merger and Asset Sale, as applicable, pending closing of the Merger; (iv) the risk that, as a result of adjustments to the exchange ratio, NTN stockholders and Brooklyn members could own more or less of the combined company than is currently anticipated; (v) NTN’s continued listing on the NYSE American; (vi) uncertainties related to the impact of the COVID-19 pandemic on the business and financial condition of NTN, Brooklyn and the combined company and the ability of NTN and Brooklyn to consummate the Merger and NTN and eGames.com to consummate the Asset Sale; (vii) NTN’s ability to continue to operate as a going concern if the proposed Merger or Asset Sale is not consummated in a timely manner, or at all; (viii) Brooklyn’s need for, and the availability of, substantial capital in the future to fund its operations and research and development activities; (ix) Brooklyn’s ability to successfully progress research and development efforts after the Merger, including its manufacturing development efforts, and to create effective, commercially-viable products; (x) the success of Brooklyn’s product candidates in completing pre-clinical or clinical testing and being granted regulatory approval to be sold and marketed in the United States or elsewhere; (xi) the outcome of any legal proceedings that may be instituted against NTN, Brooklyn, eGames.com or others related to the Merger Agreement or the Asset Purchase Agreement, as applicable; (xii) the occurrence of any event, change or other circumstance or condition that could give rise to the termination of either or both of those agreements; (xiii) potential adverse reactions or changes to business relationships resulting from the announcement or completion of the proposed Merger or Asset Sale; and (xiv) those risks and uncertainties discussed in NTN’s reports filed with the SEC, including its 2019 Annual Report, its Quarterly Reports on Form 10-Q and Current Reports on Form 8-K, as well as other documents that may be filed by NTN from time to time with the SEC available at www.sec.gov.

Pursuant to the requirements of the Securities Exchange Act of 1934, as amended, the registrant has duly caused this Report to be signed on its behalf by the undersigned hereunto duly authorized. 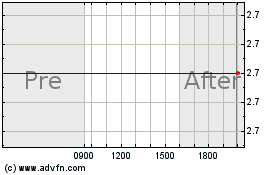