0.0006
0.00 (0.0%)
Upgrade to Real-Time
Market Closed
0.0006
Current Report Filing (8-k)
June 16 2021 - 02:03PM
Edgar (US Regulatory)
UNITED STATES
SECURITIES AND EXCHANGE COMMISSION
Washington, D.C. 20549
FORM 8-K
CURRENT REPORT
Pursuant to Section 13 or 15(d) of the Securities Exchange Act of 1934
Date of Report (Date of earliest event reported): June 14, 2021
HEALTHIER CHOICES MANAGEMENT CORP.
(Exact name of registrant as specified in its charter)
3800 N. 28th Way, #1
Hollywood, Florida 33020
(Address of Principal Executive Office) (Zip Code)
(888) 766-5351
(Registrant’s telephone number, including area code)
Check the appropriate box below if the Form 8-K filing is intended to simultaneously satisfy the filing obligation of the registrant under any of the following provisions:
Indicate by check mark whether the registrant is an emerging growth company as defined in Rule 405 of the Securities Act of 1933 (§230.405 of this chapter) or Rule 12b-2 of the Securities Exchange Act of 1934 (§240.12b-2 of this chapter).
Emerging growth company   ☐
If an emerging growth company, indicate by check mark if the registrant has elected not to use the extended transition period for complying with any new or revised financial accounting standards provided pursuant to Section 13(a) of the Exchange Act.   ☐
On June 14, 2021, Philip Morris Products S.A. (“Philip Morris”) filed a petition with the Patent Trial and Appeal Board (the “PTAB”) of the U.S. Patent and Trademark Office seeking to institute inter partes review (“IPR”) proceedings to invalidate Healthier Choices Management Corp.’s (the “Company”) U.S. Patent No. 10,561,170 (the “Patent”).
If Philip Morris’ IPR petition is accepted by the PTAB, the Company will have three months to optionally file a preliminary response.  Within three months of the Company’s preliminary response or six months from acceptance of Philip Morris’ IPR petition, the PTAB will decide whether to institute or deny the IPR proceedings.  If the PTAB institutes IPR proceedings, then within one year of institution the PTAB will issue a final written decision as to the validity of some or all of the claims in the Patent.
The Company is currently reviewing Philip Morris’ IPR petition and intends to vigorously oppose the institution of the IPR proceedings and, if the IPR proceedings are instituted, to vigorously defend the validity of the Patent.
The Company previously filed a patent infringement lawsuit against Philip Morris USA, Inc. and Philip Morris Products S.A. in connection with their product known and marketed as “IQOS®.” The lawsuit was brought based on IQOS’ infringement on the Patent.  The lawsuit was filed in the United States District Court for the Northern District of Georgia and is ongoing.
On June 16, 2021, the Company issued a press release announcing the receipt of the IPR petitions.  A copy of the press release is attached as Exhibit 99.1.
(d) Exhibits.
1
SIGNATURES
Pursuant to the requirements of the Securities Exchange Act of 1934, the registrant has duly caused this report to be signed on its behalf by the undersigned hereunto duly authorized.
2
Healthier Choices Manage... (PK) (USOTC:HCMC)
Historical Stock Chart
From Aug 2021 to Sep 2021 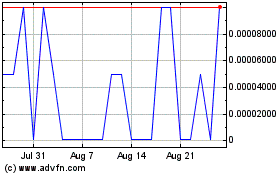 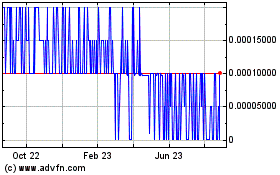 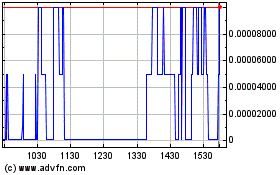