BAE Systems PLC (BA.LN) said Monday that it is expanding its electronics system business with assets being sold due to the upcoming merger of Raytheon Co. (RTN) and United Technologies Corp. (UTX).

The U.K. defense-and-aerospace company said the acquisitions are focused on areas of highest priority defense spending and will boost its growth in electronic systems.

The assets are being sold off by Raytheon and United Technologies as part of their $135 billion combination announced last June.

Both acquisitions are subject to the closure of the ongoing merger between Raytheon and United Technologies.

BAE said both businesses benefit from the current political and national security environment. Specifically, the company added that the U.S. Congress supports an upgrade to current GPS and radio capabilities, which represent key areas of U.S. and NATO defense spending.

BAE said that it expects both transactions to immediately add to earnings and cash with the GPS business generating return on investment within three years and the radio business within one year. 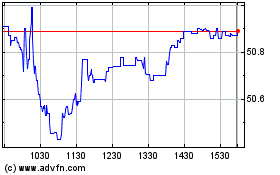