Vanstar Mining Resources (TSX.V - VSR) is pleased to provide a recap of exploration activities that took place on its mining properties and in its joint venture during the year 2020.

It has been a busy year on the Nelligan project starting with an 8,000 m drilling campaign to verify the western and deep extension of the Renard zone as well as to improve resource classification. The first results were reported in June: 10.5M at 10.5 g/t Au confirming the West extension of the mineralization of the Nelligan Project. More results were reported in August (39.1M grading 2.14 g/t Au) and in December (17.3M grading 7.62 g/t Au). Drilling extended the Nelligan deposit to the west by approximately 700 m, representing a sizable step out and extension of the known deposit area. Observations of the core made by strategic project Partner IAMGOLD indicates that the mineralization and associated alteration intersected appears similar to that observed in the current estimated resource. This area requires further exploration and is accretive to the existing resources estimate on the Nelligan property. The next drilling campaign is expected to begin in January 2021.

Following the Nelligan NI 43-101 technical report in late 2019, Vanstar commissioned the firm InnovExplo to find favorable regions across the Abitibi geological sub-province for disseminated gold deposits hosted by metasedimentary rocks (Nelligan-type gold mineralization). The Félix Project is based in the Chicobi Sedimentary Basin, northeast of the municipality of La Sarre, Abitibi. To date, very little exploration drilling has been conducted on this project. The majority of those that have been completed are in the northern part of the project to test an iron formation. Drill hole 728-06-01 (GM 33270) intersected a sedimentary sequence in contact with the iron formation that contained several anomalous gold values. In November 2020, Vanstar acquired 31 mining claims from Osisko Metals Inc. The acquired claims are located directly Southwest and contiguous to the original Felix property. The newly merged property comprises 69 claims and covers approximately 3,259.6 ha. The Company is planning to launch a 2,500 m drill program In January 2021 to verify the gold mineralization in a historical drill hole that intersected 9 intervals of 1.5 meters each, taken in a section of 70 meters along the hole, which reported gold grades varying from 0.9 g/t Au to 1.8 g/t Au. The main objective of this program will be to verify the presence of gold between the known gold intervals and its lateral continuity. In addition, Vanstar intends to follow up on four airborne electromagnetic conductors that were identified in 2001-2003. Two of these conductors are located at each end of a large folded iron formation. An airborne magnetic survey carried out in June 2020 also identified several faults and folds in what is believed to be iron formations that can act as structural traps for gold. Banded iron formation (BIF)-hosted gold deposits are structurally controlled stratabound deposits that represent one of the main targets for gold exploration in the northern part of the Precambrian Canadian Shield as demonstrated by current producers such as the Musselwhite (Newmont), Meadowbank and Meliadine mines (Agnico-Eagle). The Chicobi Group is the newest gold camp in Quebec and Vanstar is well positioned with a 100% owned large land package. With drilling starting this January, Vanstar intends to expand on the historical exploration work and demonstrate the gold potential on the Felix project.

The Amanda property is located 275 km northwest of Chibougamau within the regional county municipality of Jamésie in the southern part of the Nord-du-Québec administrative region, Quebec, Canada. Several gold showings are listed on the Amanda property (up to 12 g/t Au over 3 m). Other evidence with a similar geological background is also highlighted within a 15 km radius to the west and southwest of the property. Mineralization consists of pyrite, pyrrhotite, disseminated arsenopyrite, and gold in veined quartz veins intersecting iron formations or in paragneiss. The type of mineralization is similar to the Homestake, Lupine and Musselwhite deposits.

In March 2020, The Company acquired 98 additional cells (5,188 hectares) by map designation to be added to Amanda project for a total of 138 cells with a total area of ​​7,306 hectares. An extensive sampling campaign was executed during the summer 2020 with the first results reported in October 2020 including several new gold showings:

Vanstar plans to conduct a very high-resolution aerial magnetic survey in the first half of 2021 to map the property and uncover structural discontinuities in iron formations that may prove to be the site of gold deposits. The company also plans to carry out stripping and sampling work in the summer of 2021.

Jonathan Hamel, Vanstar’s Interim President and CEO commented, “2020 has been a particularly important year for Vanstar as we advanced three important projects in our portfolio. Looking to 2021, I am confident that Nelligan will continue to deliver value to our shareholders, while the other two projects could yield new gold discoveries based on the exploration work that we have planned on each. I would like to thank our shareholders, partners, and suppliers for their support throughout the year. On behalf of the management and the board of directors, I wish everyone a Merry Christmas and a Happy New Year." 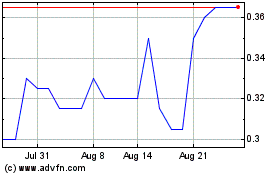 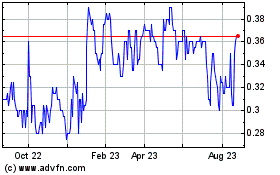 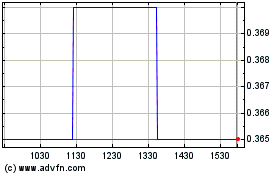