Trigon Metals Inc. (TSX-V: TM) (“Trigon” or the “Company”) is pleased to announce the results of an initial exploratory drilling program at its Silver Hill project in Morocco (“Silver Hill” or “the Project”). In order to increase the Company’s existing knowledge of the Project and to gain a better understanding of the local geology the Company drilled five diamond core holes, combined total length of 900 metres.

In terms of this program, the Company drilled five diamond core holes (S8 – S12) with a total coverage of 900 metres, for the purposes of building on the Company’s existing knowledge of the project and gaining a better understanding of the local geology.

On August 10, 2020, the Company reported assay results from an elementary exploratory drilling program at Silver Hill; a small underpowered drill rig only capable of shallow vertical holes less than 40 metres was utilized (S1, S2, S3 and S5). These results demonstrated mineralization over a larger than expected interval on the south-western side of the property.

On October 5, 2020, the Company announced assay results from grab samples taken from the northern area of the Project in addition to one sample from the south-eastern side of the property (J10). Again, the results were positive in these areas, demonstrating mineral occurrences over a larger than expected area on the property.

The current drill program focused on the southern area of the property, mainly to test the down dip potential of the initial S1 to S5 holes and also the potential strike connection between the shallow drill holes in the west and the surface grab samples in the east. Drill core was analyzed by AfriLab, an accredited laboratory in Marrakech.

The results of the current drill program have provided the Company with valuable information in terms of the geology of Silver Hill project area with key takeaways, as follows:

The Company will utilize these results and information to design a second phase drilling program focusing primarily on an area further to the north where grades as high as 21% copper and 280 g/t silver were obtained from grab sampling. The aim of this second phase drilling program will be to get a better understanding of the structural and local geology, to test mineralization and potential sulphides below this high-grade oxide zone as well as to investigate a potential second structure with strike extension to the north.

Jed Richardson, President and CEO of Trigon Metals, said, “We are pleased with the information gathered from our first formal drilling campaign at Silver Hill. To have all of our holes along the 1.5 km target area intersect noteworthy mineralization, leads us to believe that our target is large. The property is unexplored, apart from the limited work done by Technomine prior to the acquisition by Trigon, and we believe it holds enormous potential for extensive mineralization. We are increasing our knowledge with each drill hole and results to date have been supportive of our initial understanding of the geology in the area. We will make good use of the information to focus our upcoming drilling program on targeted areas.”

See below for map of locations.

A photo accompanying this announcement is available at https://www.globenewswire.com/NewsRoom/AttachmentNg/50c8d53a-0f53-4410-9dd2-958eebad0052

Silver Hill Project OverviewThe Silver Hill Project is an 8 km2 property in the Anti-Atlas region of Morocco. The Project is located at a regional address well known for base metals occurrences in Morocco. Morocco has a mining history that spans in excess of 100 years and is well known for being a mining friendly jurisdiction. Preliminary surface exploration has revealed high-grade copper and silver mineralization distributed over a wide surface area. Slags from ancient workings indicate historical large-scale mining for silver.

Qualified PersonThe technical information presented in this press release has been reviewed and approved for disclosure by Fanie Müller, P.Eng, VP Operations of Trigon, who is a Qualified Person as defined by NI 43-101.

Trigon Metals Inc. Trigon is a publicly traded Canadian exploration and development company with its core business focused on copper and silver holdings in mine-friendly African jurisdictions. Currently the company has operations in Namibia and Morocco. Namibia is one of the world’s most prospective copper regions, where Trigon has substantial assets in place. The Company continues to hold an 80% interest in five mining licences in the Otavi Mountainlands, an area of Namibia widely recognized for its high-grade copper deposits, where the Company is focused on exploration and re-development of the previously producing Kombat mine. The Company also recently finalized the acquisition of the Silver Hill project, a highly prospective copper and silver exploration project in Morocco.

Cautionary Notes  This news release may contain forward-looking statements. These statements include statements regarding drilling and other exploration at Silver Hill and the results thereof, the future exploration plans for Silver Hill, the prospectivity of the Project, the Company’s ability to explore and advance the Project, the Company’s strategies and the Company’s abilities to execute such strategies, and the Company’s future plans and objectives. These statements are based on current expectations and assumptions that are subject to risks and uncertainties. Actual results could differ materially because of factors discussed in the management discussion and analysis section of our interim and most recent annual financial statements or other reports and filings with the TSX Venture Exchange and applicable Canadian securities regulations. We do not assume any obligation to update any forward-looking statements, except as required by applicable laws. 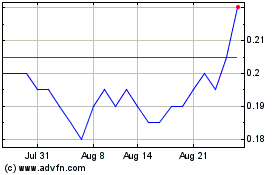 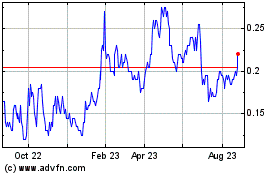 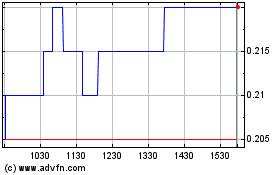