Marie Inkster, President and CEO commented, "This is a very exciting time for Lundin Mining. Over the last few years we have invested significantly in our operations and now we are beginning to realize the benefits. We saw improvement during the second half of 2019 as reflected in our operating and financial results. Momentum is expected to continue and increase this year as we achieve improved tonnages from the open pit and underground at Candelaria, complete the remaining aspects of the Candelaria Mill Optimization Project and ramp-up the Neves-Corvo Zinc Expansion Project. These and other capital investments have positioned the Company well to deliver multiple years of strong production, decreasing cash costs and free cash flow generation."

All operations successfully met or exceeded the Company's most recent annual metal production guidance. Candelaria, Chapada, Neves-Corvo and Zinkgruvan all achieved annual cash costs in-line with or better than the most recent guidance. Further, both Neves-Corvo and Zinkgruvan set all-time annual records for ore mined. Annual capital expenditures of $665.3 million were marginally lower than the most recent guidance of $695.0 million.

Significant achievements during the year ended December 31, 2019 include successful acquisition and integration of the Chapada mine, completion of pre-production development of the Candelaria Underground South Sector project and processing of first ore from Eagle East. In addition, progress on the Candelaria Mill Optimization Project and Neves-Corvo's Zinc Expansion Project ("ZEP") continues to advance in-line with the latest schedule and capital cost guidance.

Candelaria (80% owned): The Candelaria operations produced, on a 100% basis, 146,330 tonnes of copper, approximately 88,000 ounces of gold and 1.3 million ounces of silver in concentrate during the year. Copper production was in-line with market guidance and higher than the prior year, a reflection of mining and processing higher grade ore following successful mining of the open pit Phase 10 pushback and development of the Candelaria South Sector. Copper cash costs1 of $1.54/lb were better than annual guidance and the prior year.

Chapada (100% owned): Acquisition of the Chapada mine was completed on July 5, 2019. During the period of Lundin Mining's ownership, Chapada produced 30,529 tonnes of copper and approximately 54,000 ounces of gold. Copper production exceeded guidance, and gold production was in-line with expectations. Copper cash costs of $0.58/lb were better than guidance with higher precious metal credits and favourable foreign exchange effects.

Eagle (100% owned): Eagle production for the year met guidance, producing 13,494 tonnes of nickel and 14,297 tonnes of copper. Nickel cash costs of $2.84/lb for the year were higher than guidance and prior year due to lower sales volumes.

Development of Eagle East reached an important milestone with first ore extracted and processed ahead of schedule, and with project costs expected to be below budget.

Neves-Corvo (100% owned): Neves-Corvo produced 41,436 tonnes of copper and 73,202 tonnes of zinc for the year, meeting guidance. Copper cash costs of $1.59/lb for the year were in-line with the most recent guidance though higher than the prior year due to lower by-product credits.

ZEP continued to advance in accordance with the revised schedule and budget for the phased start-up and production during 2020.

Zinkgruvan (100% owned): Zinc production of 78,313 tonnes met guidance and was higher than the prior year. Zinc, lead and copper production all exceeded the prior year as a result of higher head grades and metal recoveries. Zinc cash costs of $0.39/lb for the year were in-line with guidance.

Capital expenditures, excluding capitalized interest, are expected to be $620 million, as outlined below.

Lundin Mining is a diversified Canadian base metals mining company with operations in Brazil, Chile, Portugal, Sweden and the United States of America, primarily producing copper, zinc, gold and nickel.

The information in this release is subject to the disclosure requirements of Lundin Mining under the EU Market Abuse Regulation. The information was submitted for publication, through the agency of the contact persons set out below on February 20, 2020 at 5:00 p.m. Eastern Time. 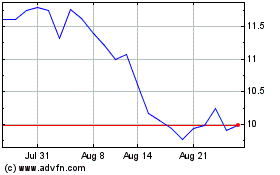 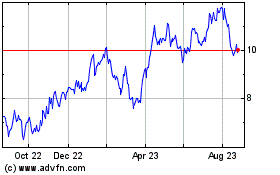 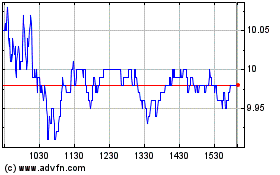