Check the appropriate box below if the Form 8-K filing is intended to simultaneously satisfy the filing obligation of the registrant under any of the following provisions (see General Instruction A.2.):

On August 5, 2020, World Wrestling Entertainment, Inc. (the “Company”) issued a press release announcing the hiring of Nick Khan as the Company’s President & Chief Revenue Officer, effective as of August 3, 2020.
Khan, a former practicing attorney, transitioned to International Creative Management (ICM) in 2006 where he launched their Sports Media department and represented the biggest names in sports broadcasting. Since 2012, Khan has served as the Co-Head of the Television Department for Creative Artists Agency LLC (CAA). During his tenure there, Khan continued to represent the top broadcasters while also representing WWE, the Southeastern Conference (SEC), Top Rank Boxing and others helping to negotiate billions of dollars in media deals on their behalf.
Effective August 3, 2020, the Company and Mr. Khan entered into an employment agreement (the “Employment Agreement”). Pursuant to the Employment Agreement, Mr. Khan will receive an initial annual base salary of $1,200,000.  He will be eligible to participate in the Company’s annual management incentive plan with a target incentive award for 2020 of $1,900,000 (prorated for the remaining portion of calendar 2020). In addition, Mr. Khan will receive a sign-on bonus of $5,000,000, which is subject to certain repayment requirements if he voluntarily leaves the Company without good reason or is terminated for cause as follows: (i) within the first 12 months, Mr. Khan will reimburse the Company the full $5,000,000; (ii) between 12-24 months, Mr. Khan will reimburse the Company $3,100,000; and (iii) between 24-36 months, Mr. Khan will reimburse the Company $1,200,000.  In addition, Mr. Khan will receive a sign-on grant of performance stock units of the Company’s Class A common stock valued at $15,000,000 which, subject to satisfaction of certain performance metrics, will vest 40% in September 2022 and 60% in September 2025.  He will also be eligible to participate in the Company’s performance/restricted stock program and will have an initial target equity award of $1,900,000 (prorated for the remaining portion of calendar 2020).  If Mr. Kahn is terminated by the Company without cause prior the fifth anniversary of his employment start date, he will be entitled to receive his then-current base salary for the remainder of such five-year term.  Mr. Khan will also receive certain relocation expense benefits that are repayable if he voluntarily terminates his employment without good reason or is terminated for cause within the first 12 months.  Mr. Khan will also receive retirement, health and welfare and other benefits and will participate in plans generally available to other executive officers of the Company. Further details concerning the Company’s executive compensation program are described in the Company’s definitive proxy statement for the 2020 Annual Meeting of Stockholders, filed with the Securities and Exchange Commission on March 6, 2019, under the heading “Executive Compensation”.
This description of the Employment Agreement is qualified in its entirety by reference to the full text of the Employment Agreement, which is attached hereto as Exhibit 10.1 and incorporated herein by reference.
Since the beginning of 2019, the Company has paid to CAA and/or certain of it affiliates an aggregate of $5.1 million which consists of commissions on certain licenses as well as management recruitment fees.  Mr. Khan has no family relationships with any director or executive officer of the Company, and there are no arrangements or understandings with any person pursuant to which he was selected as an officer of the Company.
A copy of the press release issued by the Company announcing the hiring of Mr. Khan is attached as Exhibit 99.1 to this Current Report on Form 8-K.
Item 9.01.      Financial Statements and Exhibits.
SIGNATURE
Pursuant to the requirements of the Securities Exchange Act of 1934, the registrant has duly caused this report to be signed on its behalf by the undersigned hereunto duly authorized.
Dated:  August 5, 2020 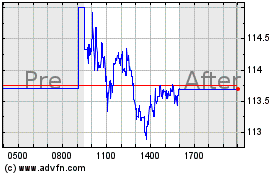