The ailing health care sector is licking some of its wounds. UnitedHealth Group and Johnson & Johnson reported earnings that topped analyst expectations and raised full-year profit guidance, sending shares higher. UnitedHealth surged 8.2% Tuesday, lifting health care-related stocks across the board. The health care sector has been lagging behind the S&P 500 this year due largely to legal troubles. Johnson & Johnson on Friday recalled about 33,000 bottles of its Johnson's Baby Powder after the U.S. Food and Drug Administration found a small amount of asbestos in a single bottle.

Uber's problems aren't yet in its rearview mirror. The ride-hailing company said Monday it will cut about 350 jobs, or about 1% of its workforce in units including its food-delivery service Uber Eats and autonomous driving. The move marks a third round of layoffs for Uber as it faces pressure to cut losses and assure investors it can turn a profit. Earlier this year, the company cut more than 800 workers. TechCrunch earlier reported about the latest round of layoffs. Uber's shares closed Monday up 3.3%, but the stock remains below the May IPO price of $45.

A drama is unfolding inside Netflix: Will it be able to fend off competition from Disney and Apple? Netflix missed its subscriber-growth target Wednesday in its last quarterly report before Walt Disney Co. and Apple Inc. enter the streaming-video field with offerings that cost less than Netflix's most-popular plan. The company's shares rose 2.5% Thursday as Netflix's U.S. subscriber base did grow in the third quarter. Netflix played down the looming threat from Disney, Apple and others -- but warned that there may be some immediate impact to its own ability to expand.

Facebook's Mark Zuckerberg hit 'like' on free expression last Thursday as he pushed back on calls for tighter controls in a rare policy speech at Georgetown University. The chief executive said he worries that "increasingly today across the spectrum, it seems like there are more people who prioritize getting the political outcomes that they want over making sure that everyone can be heard." Facebook has spent much of the last two years trying to quell concerns about misinformation, hate speech and safety issues on its platform. Facebook shares gained 0.4% Thursday.

Taco Bell Corp. said Tuesday it voluntarily recalled about 2.3 million pounds of seasoned beef from its restaurants and distribution sites Friday after a customer reportedly found a metal shaving in an order of food. The Yum Brands subsidiary said the products were removed from restaurants in 21 states across the Midwest, Southeast and Northeast. Taco Bell also got hit by a supplier issue this summer when it ran out of 10-inch tortillas, prompting backlash on social media from customers and hurting sales. Yum Brands shares fell 1.4% Tuesday.

Coca-Cola is getting some of its fizz back. CEO James Quincey said the company's sales rose in the latest quarter large part thanks to variations on its namesake cola, including some that contain less sugar such as Coke Zero Sugar and its 7.5 oz "mini cans." The beverage giant over the past few years has expanded into coffee, tea, dairy and water as consumers shifted away from sugary sodas. It is rolling out a coffee-flavored variant called Coca-Cola Plus Coffee and a new energy drink called Coca-Cola Energy. Coca-Cola shares rose 1.8% Friday. 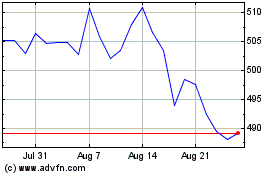 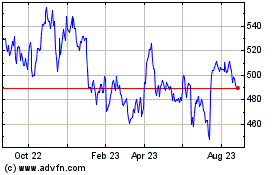