Southern California Gas Co. on Wednesday said it will field test a new technology which might allow hydrogen to be transported via a natural gas pipeline.

"At scale, the technology would allow hydrogen to be easily and affordably transported via the natural gas pipeline system, then extracted and compressed at fueling stations that provide hydrogen for fuel cell electric vehicles," the company said.

Neil Navin, vice president of clean energy innovations at SoCalGas, said the technology could allow hydrogen to be distributed to wherever it is needed using the natural-gas grid.

The new technology, called Electrochemical Hydrogen Purification and Compression, applies an electrical current to a membrane that allows only hydrogen to permeate it, the company said. Continuously applying the electrical current builds up and pressurizes the hydrogen.

The technology was created by Netherlands-based HyET Hydrogen, SoCalGas said.

The project, which will begin in March at SoCalGas' Engineering Analysis Center in Pico Rivera, California, is expected to be completed by the third quarter of next year.

SoCalGas is a subsidiary of Sempra Energy. 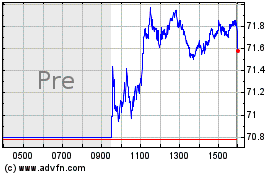