Some banks are fighting a rearguard action to blunt the impact of a new accounting rule that revamps how they book losses on soured loans, and members of Congress are siding with the banks in their dispute with independent rule makers.

The rule, which takes effect starting in 2020, will require banks to record all future losses they expect on loans as soon as they are made. Banks argue the regulation will have dire consequences when the next economic downturn comes, saying the rule could reduce their ability to lend during a future recession.

Officials from Regions Financial Corp., BB&T Corp., Citizens Financial Group Inc., KeyCorp and M&T Bank Corp. met last month in Washington with regulators, congressmen and accounting rule makers to press their case, in a meeting that hasn't previously received wide attention. They expect to formally propose changes in the new rule soon to the Financial Accounting Standards Board, like a modification that would reduce the rule's impact on their earnings. The FASB says it will consider the banks' proposals.

"The banks I talk to are still livid about this," Rep. Blaine Luetkemeyer (R., Mo.), a House Financial Services Committee subcommittee chairman who hosted the meeting, said in an interview. He said a "legislative fix" might be needed, though it is unusual for Congress to intervene in how accounting rules are set.

Daryl Bible, BB&T's chief financial officer, said on a July conference call that the rule was "a huge risk to the country, to the economy, and people really need to think about it."

The rule, which the FASB issued in 2016, represents a fundamental shift in how banks treat loan losses. Currently, they don't record losses until they have evidence the losses will actually occur. Supporters of the change say that approach led banks to record losses too slowly after the 2008 financial crisis, leaving investors in the dark.

The new, upfront method -- known as "CECL," short for "current expected credit losses" and pronounced "Cecil" -- is intended to make banks more transparent. But the new method also could require some banks to significantly boost their loan-loss reserves, which could cut into their earnings and regulatory capital.

Some banks say the rule will make them less able to make loans, which in a recession could make bad economic conditions worse. That's because a bad economy would further boost projections for future loan losses, they say, causing the banks to further increase reserves and leaving them with less capital to lend.

But Mr. Schroeder said studies have shown that banks that added to reserves earlier either continued to lend during downturns or didn't reduce lending by as much as others.

Banks have complained about the rule before, and regulators already have proposed moves to help banks cope with its effects. For example, regulators proposed allowing banks to phase in the capital impact of the new rule over three years, though some banks think the impact should be softened even further.

Some banks also have pushed for a proposal where they would still set aside reserves for all expected future losses, but only the reserves for near-term losses would hit their earnings and regulatory capital.

Even as some banks try to water down the rule, they are gearing up to adopt it as it stands now. Banks are gathering data and designing and building internal systems to prepare. Most banks haven't yet indicated how much they may have to boost their loss reserves as a result of the rule.

Write to Michael Rapoport at Michael.Rapoport@wsj.com 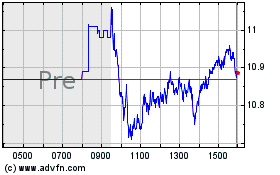