On August 31, 2020, J.Jill, Inc. (the “Company”), Jill Acquisition LLC (the “Borrower”) and each of their direct and indirect subsidiaries (collectively, the “Debtors”) entered into a Transaction Support Agreement (the “TSA”) with the Consenting Lenders (as defined therein) and TowerBrook Capital Partners L.P. (along with certain of its affiliates, collectively, “Towerbrook”) to support a financial restructuring of the Company’s capital structure and indebtedness (the “Transaction”) on the terms set forth in the TSA. As of August 31, 2020, Consenting Lenders holding more than 70% of the Existing Term Loans (defined below) have signed the TSA.

To the extent that the necessary consents to reach the Consent Threshold for the Out-of-Court Transaction are not obtained by September 11, 2020 (as may be modified or extended pursuant to the terms of the TSA, the “Out-of-Court Toggle Date”), the Company will implement the Transaction on an in-court basis through a prepackaged chapter 11 plan (the “Plan”) consistent with the terms of the TSA and the prepackaged chapter 11 term sheet (the “Chapter 11 Term Sheet”) attached as Exhibit B to the TSA (the “In-Court Transaction” and together with the Out-of-Court Transaction, the “Transactions”), which shall be implemented through (a) the commencement by the Debtors of voluntary cases under chapter 11 of title 11 of the United States Code, 11 U.S.C. §§ 101 – 1532 (as amended, the “Bankruptcy Code” and such cases, the “Chapter 11 Cases”), (b) the incurrence of a super-priority debtor-in-possession delayed draw term loan credit facility (the “DIP Facility”) to fund, among other things, working capital during the Chapter 11 Cases, and (c) upon emergence, the incurrence of (i) a new first lien term loan credit facility (the “Exit Facility”) on the Plan Effective Date (as defined below) to fund, among other things, working capital of the Company after the Plan Effective Date, (ii) the cancellation of the existing common stock and the issuance of new common stock (“New Common Stock”) to the holders of the Existing Term Loans (subject to dilution), and (iii) the unimpairment and payment in full of general unsecured trade creditors.

Pursuant to the TSA, among other things, the parties have agreed to support and cooperate with each other in good faith, to coordinate and to use their respective commercially reasonable efforts to consummate the Transaction as soon as reasonably practicable on the terms set forth in the TSA.

The Company expects ordinary-course operations to continue substantially uninterrupted during and after the commencement of the Transaction. Employees should expect no change in their daily responsibilities and to be paid in the ordinary course of business.

Generally, the TSA and the Transaction contemplate, among other things, the following transactions and changes to the Company’s capital structure and governance, as described in more detail below.

In-Court Transaction. Pursuant to the In-Court Transaction, the Company will seek, among other things, bankruptcy court approval of (a) the DIP Facility, and (b) the Plan, pursuant to which, among other things, (i) the Debtors would enter into the Exit Facility, (ii) the Existing ABL Lenders and general unsecured creditors would be unimpaired, and (iii) holders of the Existing Term Loans would be issued New Common Stock (subject to dilution).

DIP Facility. On the date which shall be no later than 1 business day after the date of entry by the Bankruptcy Court of the Interim Order (as defined below) (the “DIP Closing Date”), the Debtors shall obtain the DIP Facility in an aggregate principal amount not to exceed $175 million (the “DIP Loans”), which shall consist of (i) up to $75 million of new money DIP Loans (the “DIP New Money Loans”) and (ii) up to $100 million of Existing Term Loans “rolled” into DIP Loans. The DIP New Money Loans shall be backstopped by certain Existing Term Lenders and participation in the DIP Facility shall be available to all Existing Term Lenders that executed and delivered the TSA prior to the first date any Debtor commenced a Chapter 11 Case.

Subject to legal documentation, the order entered by the Bankruptcy Court approving the DIP Facility on an interim basis (the “Interim Order”) and the order entered by the Bankruptcy Court approving the DIP Facility on a final basis (the “Final Order” and, together with the Interim Order, the “DIP Orders”), proceeds of the DIP New Money Loans will be used only for the following purposes: (a) to repay all or a portion of the loans outstanding under the ABL Facility (together with accrued and unpaid interest thereon and an amount required to cash collateralize any letters of credit issued thereunder); (b) to pay interest, fees, costs and expenses related to the DIP Facility; (c) to pay the fees, costs and expenses of the estate professionals retained in the Chapter 11 Cases and approved by the Bankruptcy Court; (d) to fund the Carve Out (as defined in Exhibit B of the DIP term sheet attached as Exhibit 1 to the Chapter 11 Term Sheet); (e) to pay the fees, costs, disbursements and expenses of the lenders under the DIP Facility (the “DIP Lenders”); (f) to make all permitted payments of costs of administration of the Chapter 11 Cases; (g) to pay such prepetition expenses as are consented to by DIP Lenders holding at least a majority of the aggregate outstanding principal amount and commitments of the DIP Loans (the “Required DIP Lenders”) and approved by the Bankruptcy Court; (h) to satisfy any adequate protection obligations owing under the DIP Orders; (i) to make any other payments permitted by the approved DIP budget; and (j) for general corporate and working capital purposes of the Debtors during the Chapter 11 Cases.

The foregoing description of the TSA does not purport to be complete and is qualified in its entirety by reference to the full text of the TSA, a copy of which is filed as Exhibit 10.1 to this Current Report on Form 8-K and incorporated herein by reference.

On September 1, 2020, the Company issued a press release announcing entry into the TSA, as described in Item 1.01. A copy of the press release is being furnished as Exhibit 99.1 and is incorporated into this Item 7.01 by reference.

The information furnished pursuant to Item 7.01, including Exhibit 99.1, shall not be deemed “filed” for purposes of Section 18 of the Securities Exchange Act of 1934, as amended (the “Exchange Act of 1933, as amended”), is not subject to the liabilities of that section and is not deemed incorporated by reference in any of the Company’s filings under the Securities Act or Exchange Act unless specifically identified therein as being incorporated therein by reference. 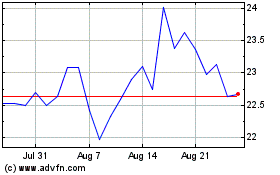 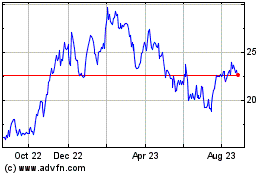 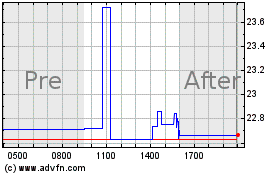