What began as a new product launch for Old El Paso Tortilla Pockets™ in Australia has turned into a global match between leading tennis players, and the winner is local food banks. While the ball has bounced around the world, it landed in North America with the #MessFreeChallenge waged from Canadian tennis star Genie Bouchard to U.S. tennis phenom Sofia Kenin. And Kenin closed it out with a final challenge to her rival and teen sensation Iga Swiatek.

Tennis stars around the world participated in the Old El Paso #MessFreeChallenge which resulted in not only some cool tricks being performed, but with 100,000 products/meals being donated to local food banks around the world. (Photo: Business Wire)

Aussie tennis star Nick Kyrgios began the #MessFreeChallenge that initially partnered with his NK Foundation as part of the launch of the Old El Paso Tortilla Pockets - a new product uniquely designed for mess-free Mexican mealtimes in Australia and Europe. Unveiling it to his Instagram and Twitter followers, Kyrgios launched his #MessFreeChallenge, showing how easy it is to play tennis one-handed while eating an Old El Paso Tortilla Pocket™. Kyrgios then challenged Aussie tennis legend Lleyton Hewitt and from there the competition soared, the tricks got crazier and the donations in each country took off, with 100,000 products/meals being donated to local food banks.

Bouchard and Kenin had a more difficult challenge since the Mess-Free Tortilla Pockets are not yet available in North America. So instead they showed off their skills using Old El Paso Tortilla Bowls. While the competition is engaging for all these tennis greats and their fans, it is nothing compared to those around the world facing hunger every day.

“What started as a product launch in one market with one tennis pro has grown into a star-studded world-wide tennis event,” said Arjoon Bose, General Mills Head of Culture and Brand Experience for General Mills' Europe & Australia Segment. “Following on from the popularity of the #MessFreeChallenge in Australia, Kyrgios rallied the tennis community from around the world starting with his good friend, the iconic Sir Andy Murray, to accelerate this compelling campaign into an example of international athletes acting as a united force for good in their communities - all while having some fun one-upmanship and enjoying some good tortillas.”

The #MessFreeChallenge comes alongside the commitment of General Mills, its Foundation and brands to address hunger globally through support for food banks and other hunger relief programs. Amid the COVID-19 pandemic, the General Mills Foundation provided $9 million in grants to support access to food around the world. General Mills manufactured to immediately donate $5 million in food donations to Feeding America food banks. Cheerios donated $1.3 million to No Kid Hungry to help feed hungry children amid COVID-19 school closings and Old El Paso donated $120,000 to Feeding America as part of its #TacoTuesdayChallenge.

Bose concluded, “As a global company, General Mills has the opportunity to make a difference in the communities that it serves. The Old El Paso #MessFreeChallenge is a great example of a brand using its size and scale to help those most in need around the world while bringing moments of joy in these times with popular sports personalities.” 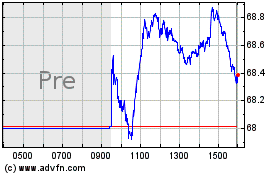