The information set forth under Item 7.01 below is incorporated by reference into this Item 2.02.

On July 12, 2021, Shoals Technologies Group, Inc. (the “Company”) issued a press release announcing the launch of the offering of 13,384,155 shares of Class A Common Stock. In addition, set forth below are certain updates with respect to the Company’s preliminary financial results included in the preliminary prospectus for the offering. The full text of the press release is furnished herewith as Exhibit 99.1 and is incorporated herein by reference.

Preliminary financial estimated unaudited revenue, net income, Adjusted Net Income (as defined below) and Adjusted EBITDA (as defined below) for the quarter ended June 30, 2021 were also provided in the prospectus filed with the Securities and Exchange Commission (“SEC”) in connection with the offering. These estimates are not a comprehensive statement of the Company’s financial results and is subject to change. The Company has provided ranges, rather than specific amounts, for the preliminary estimates of the unaudited financial data described below primarily because the Company’s financial closing procedures for the quarter ended June 30, 2021 are not yet complete and, as a result, the Company’s final results upon completion of its closing procedures may vary from the preliminary estimates.

Estimates of results are inherently uncertain and subject to change, and the Company undertakes no obligation to update this information. These estimates and non-GAAP measures, including Adjusted EBITDA and Adjusted Net Income, should not be viewed as a substitute for interim financial statements prepared in accordance with accounting principles generally accepted in the United States (“GAAP”). In addition, the preliminary results are not necessarily indicative of the results that may be reported for the remainder of fiscal 2021 or any future periods. The Company’s independent registered public accounting firm, BDO USA, LLP, has not conducted a review of, and does not express an opinion or any other form of assurance with respect to, these preliminary estimates.

Accordingly, undue reliance should not be placed on these preliminary estimates. These preliminary estimates are not necessarily indicative of any future period and should be read together with the sections titled “Risk Factors” and “Forward-Looking Statements,” and under similar headings in the Company’s most recent Annual Report on Form 10-K, as well as the Company’s subsequent filings on Forms 10-Q and 8-K filed with the SEC as well as the Company’s financial statements, related notes and other financial information incorporated by reference into such documents.

Among other limitations, Adjusted EBITDA and Adjusted Net Income do not reflect the Company’s cash expenditures, or future requirements for capital expenditures or contractual commitments; do not reflect the impact of certain cash charges resulting from matters the Company considers not to be indicative of its ongoing operations; in the case of Adjusted EBITDA, does not reflect income tax expense or benefit for periods prior to the reorganization; and may be calculated by other companies in its industry differently than the Company does or not at all, which limits their usefulness as comparative measures.

In addition, the Company disclosed the following information in its preliminary prospectus for the offering:

The information included in Item 7.01 of this Current Report on Form 8-K and the exhibits attached hereto are being furnished and shall not be deemed “filed” for purposes of Section 18 of the Securities Exchange Act of 1934, as amended, or otherwise subject to the liabilities of that section, nor shall it be deemed incorporated by reference into any other filing under the Securities Act of 1933, as amended, regardless of any general incorporation language in any such filing. 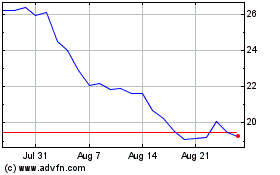 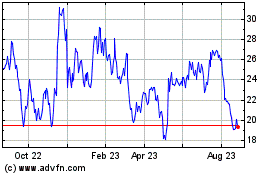 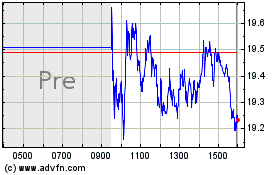