Ms. Gail Maderis, 63 years old, has served as the President, Chief Executive Officer and a board member of Antiva BioSciences, Inc., a privately held biopharmaceutical company focused on developing topical therapeutics for HPV-based diseases, since July 2015. Prior to that, Ms. Maderis served as the President and Chief Executive Officer of BayBio, an independent, non-profit trade association serving the life sciences industry in Northern California, from 2009 until its merger with the California Healthcare Institute in early 2015. From 2003 to 2009, Ms. Maderis was President and Chief Executive Officer of FivePrime Therapeutics, Inc., a biotechnology company focused on the discovery and development of innovative protein and antibody drugs, and prior to that, she held general management positions at Genzyme Corporation, including Founder and President of Genzyme Molecular Oncology, a publicly traded division of Genzyme Corporation, and Corporate Vice President of Genzyme Corporation from 1997 to 2003. Ms. Maderis has been a member of several private company boards of directors, and she previously served as a director of Opexa Therapeutics, Inc. Ms. Maderis received a B.S. degree in Business Administration from the University of California at Berkeley and an M.B.A. from Harvard Business School. The Board believes that Ms. Maderis’ operational, industry and leadership experience in the biopharmaceutical industry as CEO of FivePrime Therapeutics, Inc., President of Genzyme Molecular Oncology and her current position at Antiva, and her insight into business and policy trends impacting the biopharma industry qualify her to serve as a director of DURECT.

Dr. Azab, 65 years old, served as President and Chief Medical Officer of Astex Pharmaceuticals, Inc., (“Astex”), a pharmaceutical company focused on the discovery and development of drugs in oncology and other areas from January 2014 to November 2020, and prior to that, he had served as Astex’s Chief Medical Officer from July 2009 to January 2014. Since his retirement, in November 2020, from his management role, Dr. Azab has served as the Chair of the Board of Directors for Astex, which is now a wholly owned subsidiary of Otsuka Pharmaceuticals. Previously, Dr. Azab served as President and CEO of Intradigm Corporation, a developer of siRNA cancer therapeutics. Prior to this, Dr. Azab served as Executive Vice President of Research and Development, and Chief Medical Officer of QLT Inc., and in several leadership positions at Astra Zeneca in the United Kingdom and Sanofi Pharmaceuticals in France. Dr. Azab holds his medical degree (MB ChB) from Cairo University and an M.B.A. from the Richard Ivey School of Business, University of Western Ontario. He received post-graduate training and degrees in oncology research from the University of Paris-Sud and biostatistics from the University of Pierre et Marie Curie in Paris, France. Dr. Azab has more than 30 years of experience in clinical research, global drug development, and business management and led the global development of several drugs currently approved in oncology and other therapeutic areas. He also serves on the board of directors of Xenon Pharmaceuticals Inc.  The Board believes Dr. Azab’s scientific background including his senior management experience in the pharmaceutical industry and as a board member of a publicly traded company, qualify him to serve on the Board.

Neither Ms. Maderis nor Dr. Azab has any family relationships with any of DURECT’s directors or executive officers and none is a party to any transactions of the type listed in Item 404(a) of Regulation S-K.

Ms. Maderis and Dr. Azab will each receive cash and equity compensation in accordance with DURECT’s current compensation practices for non-employee directors.  In addition, each will receive a stock option grant at the Company’s 2021 annual stockholder meeting in an amount consistent with annual grants awarded to other non-employee directors and pro-rated to reflecting a partial year of service prior to the annual meeting.  Each will also enter into an indemnification agreement with DURECT consistent with the form agreement executed with each of DURECT’s current directors.

A copy of the press release announcing these appointments is attached hereto as Exhibit 99.1.

On January 4, 2021, DURECT announced the closing of the previously disclosed sale of the Lactel® Absorbable Polymer Product Line to Evonik and receipt of $15 million, effective December 31, 2020.  A copy of the press release is attached hereto as Exhibit 99.2. 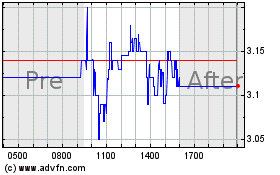