(Exact Name of Company as Specified in its Charter)

Check the appropriate box below if the Form 8-K filing is intended to simultaneously satisfy the filing obligation of the Company under any of the following provisions (see General Instruction A.2. below):

If an emerging growth company, indicate by check mark if the Company has elected not to use the extended transition period for complying with any new or revised financial accounting standards provided pursuant to Section 13(a) of the Exchange Act. [  ]

On February 26, 2021, Cancer Genetics, Inc. (the “Company” or “CGI”) entered into Amendment No. 2 to Agreement and Plan of Merger and Reorganization (the “Amendment”) with StemoniX, Inc. (“StemoniX”) and CGI Acquisition, Inc., a wholly owned subsidiary of CGI (“Merger Sub”), which amends the Agreement and Plan of Merger and Reorganization dated August 21, 2020, as previously amended on February 8, 2021 (the “Original Merger Agreement” and, as amended by the Amendment, the “Merger Agreement”) whereby Merger Sub will be merged with and into StemoniX, with StemoniX surviving the merger as a wholly-owned subsidiary of CGI (the “Merger”). The Original Merger Agreement, prior to its amendment on February 8, 2021, had conditions that included (A) that the Company shall have consummated a financing transaction (the “Private Placement”) no later than the closing of the Merger resulting in aggregate gross proceeds of $10 million (or such other amount as the Company and StemoniX agree), which condition (the “Financing Condition”) was amended on February 8, 2021 to only require that StemoniX have sold an aggregate of $5 million of its Series C Preferred Stock (as defined below) prior to the closing of the Merger, and (B) that the shares of common stock of CGI (the “Common Stock”) (or Common Stock underlying other securities of CGI) being issued in the Merger shall have been approved for listing on the Nasdaq Stock Market (“Nasdaq”).

As previously reported, on February 16, 2021, CGI consummated a registered direct offering of its common stock with certain institutional investors pursuant to which the Company issued to the investors an aggregate of 2,777,778 shares of the Company’s common stock at an offering price of $6.30 per share for gross proceeds of approximately $17.5 million (the “CGI RD Financing”). The net proceeds to the Company from the CGI RD Financing were approximately $15.8 million, after deducting placement agent fees and expenses and estimated offering expenses payable by the Company.

CGI and StemoniX have confirmed in the Amendment that the CGI RD Financing is to be treated as part of the “Private Placement” under the Merger Agreement, such that any securities to be issued therein will be deemed to be outside of, and not considered in computing the number of securities of CGI to be issued with respect, to the existing 78/22% ratio, and so will dilute the historic holders of CGI and StemoniX securities ratably. In addition, the cash raised in the CGI RD Financing will not be included in either company’s Net Cash (as defined in the Merger Agreement) in determining any adjustments required to such ratio. The parties also agreed that any condition of the Merger Agreement requiring either party to raise additional cash prior to closing shall be deemed satisfied other than if required to satisfy Nasdaq initial listing requirements of the post-merger company, and that StemoniX will not issue nor commit to issue any further securities without the consent of CGI (other than under its option plan, upon conversion of already outstanding convertible securities, or as otherwise permitted under the Merger Agreement, including additional Convertible Notes (as defined below) provided for in the Merger Agreement and the up to $2 million of Series C Preferred Stock that is the subject of a binding purchase agreement as of the date hereof).

The foregoing description of the Amendment does not purport to be complete and is qualified in its entirety by the full text of the Amendment, a copy of which is filed as Exhibit 2.1 hereto and is incorporated by reference herein.

As described above and reported in the Company’s Registration Statement on Form S-4, as amended on February 8, 2021, and declared effective by the SEC on February 12, 2021 (Registration No. 333-249513), an institutional investor agreed to purchase an aggregate of approximately $3 million of Convertible Notes and related warrants to purchase StemoniX common stock from StemoniX, which purchase was consummated on February 23, 2021.

On February 18, 2021, the Listing Qualifications Staff at the Nasdaq Stock Market (“Nasdaq”) granted CGI an extension to regain compliance from its previously reported deficiency of not having held an annual stockholder meeting in 2020, under Nasdaq Rule 5810(c)(2)(G). The extension provides that CGI has until June 29, 2021 to either (i) complete the Merger and receive approval for trading of the post-merger company’s securities on Nasdaq or (ii) hold an annual meeting of CGI’s stockholders.

Additional Information about the Proposed Merger and Where to Find It

In connection with the proposed merger between CGI and StemoniX, CGI has filed relevant materials with the SEC, including a registration statement on Form S-4, as amended, that contains a proxy statement/prospectus/information statement. INVESTORS AND SECURITY HOLDERS OF CGI AND STEMONIX ARE URGED TO READ THESE MATERIALS (AS WELL AS AMENDMENTS AND SUPPLEMENTS THERETO AND ANY DOCUMENTS INCORPORATED BY REFERENCE THEREIN) WHEN THEY BECOME AVAILABLE BECAUSE THEY WILL CONTAIN IMPORTANT INFORMATION ABOUT CGI, STEMONIX AND THE PROPOSED MERGER. The proxy statement/prospectus/information statement and other relevant materials (when they become available), and any other documents filed by CGI with the SEC, may be obtained free of charge at the SEC website at www.sec.gov. In addition, investors and security holders may obtain free copies of the documents filed with the SEC by CGI by directing a written request to: Cancer Genetics, Inc., c/o John A. Roberts, Chief Executive Officer, 201 Route 17 North 2nd Floor, Rutherford, NJ 07070. Investors and security holders are urged to read the Registration Statement and the other relevant materials when they become available before making any voting or investment decision with respect to the proposed merger.

CGI and its directors and executive officers and StemoniX and its directors and executive officers may be deemed to be participants in the solicitation of proxies from the shareholders of CGI in connection with the proposed transaction under the rules of the SEC. Information about the directors and executive officers of CGI and their ownership of shares of CGI’s common stock is set forth in its Annual Report on Form 10-K for the year ended December 31, 2019, which was filed with the SEC on May 29, 2020, and in subsequent documents filed and to be filed with the SEC, including the Registration Statement referred to above. Additional information regarding the persons who may be deemed participants in the proxy solicitations and a description of their direct and indirect interests in the proposed merger, by security holdings or otherwise, are included in the Registration Statement and other relevant materials to be filed with the SEC when they become available. These documents are available free of charge at the SEC web site (www.sec.gov) and from the Chief Executive Officer at CGI at the address described above.

# Schedules and exhibits have been omitted pursuant to Item 601(b)(2) of Regulation S-K. CGI hereby undertakes to furnish supplemental copies of any of the omitted schedules upon request by the SEC. 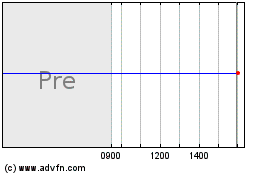