Effective December 1, 2022, CytoDyn Inc. (the “Company”) entered into an amendment (the “Second Amendment”) to the Surety Bond Backstop Agreement, as previously amended on July 18, 2022 (the “First Amendment”), and initially entered into by the Company with David Fairbank Welch, both individually and in his capacity as trustee of a revocable trust, LRFA, LLC, a Delaware limited liability company, and certain other related parties (collectively, the “Indemnitors”), effective February 14, 2022. The Surety Bond Backstop Agreement, as amended by the First Amendment and the Second Amendment, is referred to herein as the “Backstop Agreement.”

The Second Amendment also provides, among other things, for: (i) the further reduction of the exercise price of the warrants to purchase a total of 30,000,000 shares of common stock issued under the original Backstop Agreement from $0.20 to $0.10 per share; (ii) the issuance to the Indemnitors of a fully exercisable new warrant to purchase 7,500,000 shares of common stock at an exercise price of $0.10 per share; and (iii) the issuance of a second warrant to the Indemnitors covering up to 7,500,000 shares of common stock with an exercise price of $0.10 per share. Except as provided in the Second Amendment, the terms of the warrants will be similar to the warrants issued under the original Backstop Agreement, filed as Exhibit 4.1 to the Company’s Current Report on Form 8-K filed on February 17, 2022. The ultimate number of shares to be covered by the second warrant will be calculated on or before February 14, 2023, based on a formula relating to how quickly the Company relieves the balance of cash collateral pledged by the Indemnitors. The shares covered by the additional warrants are entitled to registration rights.

Also, as disclosed in Item 1.01 of this Current Report on Form 8-K, on December 1, 2022, the Company agreed to issue to an accredited investor a fully exercisable warrant to purchase 7,500,000 shares of common stock at an exercise price of $0.10 per share. The warrant has a five-year term. The Company relied on the exemption provided by Section 4(a)(2) of the Securities Act for the issuance of the warrant in exchange for the consideration specified in the Second Amendment. 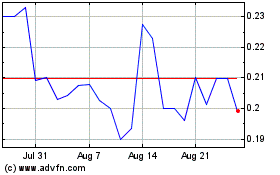 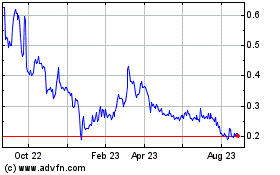 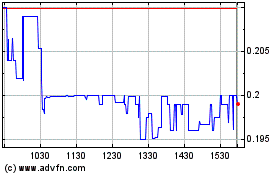