Deutsche Bank AG officials approved the sale of a chunk of Silicon Valley real estate to a Russian businessman despite objections from its U.S. reputational risk committee, according to documents and people familiar with the matter.

The lender's Germany-based global reputational-risk committee approved the $72 million deal in May 2018, overruling concerns raised by executives including the one responsible for Deutsche Bank's U.S. anti-money-laundering controls, the people said.

While disagreements within banks are common, the discord within Deutsche Bank was notable because it occurred while congressional lawmakers were scrutinizing the bank's Russian business relationships. And the bank's U.S. committee is rarely overruled, according to people inside the bank.

Deutsche Bank continues to provide documents to Congress in a probe of money-laundering controls and longtime links with Russian companies and oligarchs. A U.S. Justice Department investigation into aspects of those Russian relationships and the bank's handling of internal red flags is continuing, according to people close to the bank and its interactions with investigators.

The bank recently has informed U.S. regulators about the real-estate transaction, according to people familiar with the discussions.

In the wake of the sale, some Deutsche Bank managers questioned whether the lender had learned from past lapses in compliance, according to people familiar with internal bank discussions.

A bank employee reported the transaction through what is known as a suspicious activity report to U.S. Treasury officials charged with policing financial crimes, bank officials have told colleagues. It couldn't be learned when such a report might have been filed.

Spokesmen for Deutsche Bank and its asset-management arm, DWS, said the business was acting as a fiduciary for fund investors. They said the deal went through the bank's processes to prevent money laundering and other financial crimes by clients. The deal didn't involve financing from Deutsche Bank, and the profit went to the fund, they said.

"Consistent with our policies and procedures, extensive due diligence was conducted on this transaction and involved, among others, the [anti-financial crime] unit of Deutsche Bank. Additionally, the transaction was made subject to the reputational-risk-assessment procedures in place at that time," a DWS spokesman said.

The bank identified no evidence the deal "would violate money-laundering or sanctions laws. As a result, the discussion of whether to move forward with the transaction was focused on reputational considerations, " a spokesman for Deutsche Bank said. He added: "There are processes in place that govern reputational risk considerations, and regional and global judgments about these considerations can differ, as occurred in this instance."

Deutsche Bank is one of Wall Street's most troubled operators, hamstrung by a legacy of aggressive lending practices and regulatory lapses. The bank has paid large fines for failures to police money coursing through its network, including transactions that moved billions of dollars out of Russia. The bank is currently going through a painful downsizing.

Deutsche Bank's asset-management arm bought into the property on behalf of clients in 2016. A private Bay Area firm called Embarcadero Capital Partners also held a joint stake, according to the companies. Embarcadero Capital executives didn't respond to requests for comment.

The 6.6-acre property is located at 80 Willow Road in Menlo Park, Calif., featuring a single-story office complex with Spanish-colonial adobe and midcentury modernist design and expansive gardens. It was built in the early 1950s as the headquarters of Sunset Magazine, and used by the publisher, later owned by Time Inc., for offices, photography shoots and public tours for decades.

The buyer was Vitaly Yusufov, Russian financier and son of former energy minister Igor Yusufov, according to documents and people familiar with the matter. He purchased the property through a Delaware-registered company, according to internal bank documents and people involved in the sale. Neither Vitaly Yusufov nor his father responded to repeated requests for comment.

In 2017, looking to take advantage of strong Silicon Valley property prices, Deutsche Bank and its investment partner put the property on the block. Several offers fell through, according to bank documents.

By early April 2018, Mr. Yusufov, through his 100% ownership of Willow Project LLC, committed to pay $72 million in cash, with a $15 million nonrefundable deposit and a closing in 15 days, according to bank documents and a real-estate broker on the deal.

Deutsche Bank was in a pickle. Its asset-management arm had an obligation to sell the property for the highest price it could for its clients and its partner. But executives were concerned about drawing unwanted attention by enabling Russian money into the U.S., according to documents recording internal bank deliberations.

The bank considered Mr. Yusufov a "politically exposed person," according to the documents, a designation banks give clients who require extra scrutiny. His father held senior government positions for more than a decade, including serving as Russia's energy minister in the early 2000s.

The younger Mr. Yusufov worked with state-owned gas giant Gazprom PJSC. He played a key role in a 2011 deal that transferred control of the Bank of Moscow to state-controlled VTB Bank, according to press reports.

Deutsche Bank's money-laundering watchdogs didn't reject the deal. But, according bank documents, they felt it was important enough to escalate it to the U.S. reputational-risk committee, which looks after the bank's broader image and relationships with regulators.

Areas of confusion included the origins of the $72 million and whether Vitaly Yusufov was already a Deutsche Bank client, a factor that could work in his favor.

In some communications he is described as a "recently onboarded" wealth-management client in Europe. A memorandum says Mr. Yusufov "has been very vocal with [Embarcadero Capital] that he is an existing client of DB in Europe and he is very frustrated that DWS's transactional AML process would delay this transaction," referring to anti-money-laundering.

The officials weighed whether a rejection could hurt the bank's business with Mr. Yusufov in other areas.

The real-estate team appealed, leading to a tense April 30 call of the global reputational-risk committee including top executives in Frankfurt and London.

Mr. Weber also joined, as a delegate for the global head of financial crime-fighting. Meeting minutes show he told colleagues the bank had received a request from Congress within the previous 10 days asking for information on "wealthy Russian oligarchs." He said a Justice Department investigation into Deutsche Bank's Russia dealings was under way.

Other executives agreed the deal posed risks but noted that the Yusufovs weren't under sanctions.

"The risks from the heightened focus on Russia and the Russia connection to this matter," Mr. Lewis told colleagues, "was offset by the transaction being on behalf of the investors in the fund."

The vote: six to one in approval, with Mr. Weber dissenting.

A bank spokesman declined to comment on behalf of the executives on the call.

In October 2018, Deutsche Bank told employees Mr. Weber was leaving the bank. He has since joined a competitor. 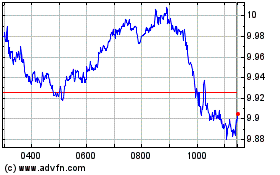