FIRST MAJESTIC SILVER CORP. (AG: NYSE; FR: TSX) (the "Company" or “First Majestic”) is pleased to announce the unaudited interim consolidated financial results of the Company for the third quarter ended September 30, 2019. The full version of the financial statements and the management discussion and analysis can be viewed on the Company's website at www.firstmajestic.com or on SEDAR at www.sedar.com and on EDGAR at www.sec.gov. All amounts are in U.S. dollars unless stated otherwise.

“In the third quarter, our strong production results along with lower costs and higher metal prices drove a significant increase in cash generation for the business,” stated Keith Neumeyer, President and CEO of First Majestic. “We added $21.4 million to our treasury during the quarter as a result of continued strong production from our San Dimas and Santa Elena mines which together produced approximately 81% of the Company’s total production and generated mine operating earnings of $29.6 million, representing a 108% increase over the previous quarter.  Our AISC of $10.76 per ounce was well below our annual guidance range of $12.98 to $13.94 per ounce primarily due to record gold production at Santa Elena and a five-year production high at La Encantada.”

The Company reported mine operating earnings of $27.8 million, its highest level since the first quarter of 2013 when the average realized silver price per ounce was $29.63. This compares to a mine operating loss of $0.1 million in the third quarter of 2018. The increase in mine operating earnings in the quarter was attributed to a combination of higher metal prices, record production from Santa Elena, the highest production at La Encantada since 2014, as well as cost savings upon temporary suspension of activities at the La Parrilla and San Martin mines which were operating at losses in the same quarter of the prior year.

The table below represents the quarterly operating and cost parameters at each of the Company’s five producing silver mines during the quarter.

Total production in the third quarter was 6,636,716 silver equivalents ounces, representing a 2% decrease compared to the prior quarter. Total production consisted of 3.4 million ounces of silver, 35,791 ounces of gold, 1.9 million pounds lead and 1.0 million pounds of zinc. By the end of the third quarter, total production in 2019 has reached 19.3 million silver equivalent ounces, or approximately 77% of the Company’s guidance midpoint of producing 24.4 to 26.0 million ounces.

Cash cost per ounce for the quarter was $3.83 per payable ounce of silver, representing a significant 44% decrease compared to the previous quarter and beating cost guidance. The decrease in consolidated cash cost was primarily attributed to an increase in by-product credits due to a 44% increase in gold production at Santa Elena, a 13% increase in gold prices over the previous quarter, and a reduction of $5.9 million in operating costs due to temporary suspension of activities at the higher cost La Parrilla and San Martin mines.

All-in sustaining cost per ounce in the third quarter decreased 27% to $10.76 compared to $14.76 per ounce in the previous quarter. The lower AISC was primarily attributed to decrease in cash costs as well as reduced sustaining capital expenditures due to temporarily suspended operational activities at the San Martin and La Parrilla mines.

This press release contains “forward‐looking information” and "forward-looking statements” under applicable Canadian and U.S. securities laws (collectively, “forward‐looking statements”). These statements relate to future events or the Company's future performance, business prospects or opportunities that are based on forecasts of future results, estimates of amounts not yet determinable and assumptions of management made in light of management's experience and perception of historical trends, current conditions and expected future developments. Forward-looking statements include, but are not limited to, statements with respect to: the Company’s business strategy; future planning processes; commercial mining operations; cash flow; budgets; the timing and amount of estimated future production; recovery rates; mine plans and mine life; the future price of silver and other metals; costs of production; costs and timing of the development of new deposits; capital projects and exploration activities and the possible results thereof. Assumptions may prove to be incorrect and actual results may differ materially from those anticipated. Consequently, guidance cannot be guaranteed. As such, investors are cautioned not to place undue reliance upon guidance and forward-looking statements as there can be no assurance that the plans, assumptions or expectations upon which they are placed will occur. All statements other than statements of historical fact may be forward‐looking statements. Statements concerning proven and probable mineral reserves and mineral resource estimates may also be deemed to constitute forward‐looking statements to the extent that they involve estimates of the mineralization that will be encountered as and if the property is developed, and in the case of measured and indicated mineral resources or proven and probable mineral reserves, such statements reflect the conclusion based on certain assumptions that the mineral deposit can be economically exploited. Any statements that express or involve discussions with respect to predictions, expectations, beliefs, plans, projections, objectives or future events or performance (often, but not always, using words or phrases such as “seek”, “anticipate”, “plan”, “continue”, “estimate”, “expect”, “may”, “will”, “project”, “predict”, “forecast”, “potential”, “target”, “intend”, “could”, “might”, “should”, “believe” and similar expressions) are not statements of historical fact and may be “forward‐looking statements”.

Actual results may vary from forward-looking statements. Forward-looking statements are subject to known and unknown risks, uncertainties and other factors that may cause actual results to materially differ from those expressed or implied by such forward-looking statements, including but not limited to: risks related to the integration of acquisitions; actual results of exploration activities; conclusions of economic evaluations; changes in project parameters as plans continue to be refined; commodity prices; variations in ore reserves, grade or recovery rates; actual performance of plant, equipment or processes relative to specifications and expectations; accidents; labour relations; relations with local communities; changes in national or local governments; changes in applicable legislation or application thereof; delays in obtaining approvals or financing or in the completion of development or construction activities; exchange rate fluctuations; requirements for additional capital; government regulation; environmental risks; reclamation expenses; outcomes of pending litigation; limitations on insurance coverage as well as those factors discussed in the section entitled "Description of the Business - Risk Factors" in the Company's most recent Annual Information Form, available on www.sedar.com, and Form 40-F on file with the United States Securities and Exchange Commission in Washington, D.C.  Although First Majestic has attempted to identify important factors that could cause actual results to differ materially from those contained in forward-looking statements, there may be other factors that cause results not to be as anticipated, estimated or intended. 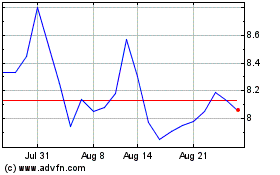 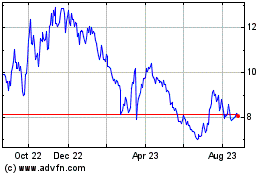 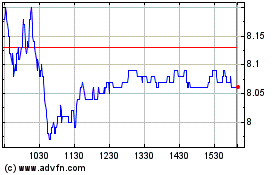