Filing pursuant to Rule 425 under the

Securities Act of 1933, as amended

Deemed filed under Rule 14a-12 under the

Securities Exchange Act of 1934, as amended

COLLEGE PARK, Md.—(BUSINESS WIRE)—IonQ, Inc. (IonQ), the leading developer of quantum computing devices, and the University of Maryland (UMD), an international powerhouse in quantum research and applications, today announced a partnership to create the National Quantum Lab at Maryland (Q-Lab). The Q-Lab will be the nation’s first user facility that enables the scientific community to pursue world-leading research through hands-on access to a commercial-grade quantum computer. UMD-affiliated students, faculty, researchers, staff and partners across the country will have an unprecedented opportunity to gain experience with IonQ’s industry-leading trapped-ion quantum computer hardware and collaborate with IonQ scientists and engineers.

The Q-Lab will be located in the UMD Discovery District, next to IonQ’s headquarters in College Park, MD. Leaders in science, engineering, and computing will co-locate in the Q-Lab, empowering them to work together to develop novel quantum applications. The facility will also enable training related to the use of IonQ’s commercial-ready quantum hardware. Future generations of quantum programmers will receive best-in-class support as they explore projects at the cutting edge of computing, and graduate prepared to address industry challenges.

As part of this new nearly $20 million quantum investment, UMD now has access to IonQ’s quantum hardware—some of the most robust in the market. Recent advances in quantum computing—including IonQ’s recent demonstration of an industry-first 4x16 multicore quantum architecture--are supporting transformative research across areas including biology, medicine, climate science and materials development. The Q-Lab is expected to significantly democratize access to this innovative technology, generate new intellectual property and attract global scientific and engineering talent to the area. Building on the resources, programming and partnering opportunities provided through UMD’s Quantum Startup Foundry and the Mid-Atlantic Quantum Alliance, the Q-Lab offers another incentive for entrepreneurs and startups to bring their businesses to College Park and further galvanize the area’s robust private sector ecosystem.

“No other university in the United States is able to provide students and researchers this level of hands-on contact with commercial-grade quantum computing technology and insights from experts working in this emerging field,” said University of Maryland President Darryll J. Pines. “We could not be more proud of IonQ’s success and we are excited to establish this strategic partnership, further solidifying UMD and the surrounding region as the Quantum Capital of the world.”

UMD has long been a global center of excellence in quantum computing and housed one of the laboratories out of which IonQ emerged. This first-of-its-kind Q-Lab builds upon the university’s $300 million investment in quantum science and more than 30-year track record of driving advances in quantum physics and technology. The university is home to more than 200 quantum-focused researchers and seven centers, including the newly announced Quantum Leap Challenge Institute for Robust Quantum Simulation, a multi-institutional effort supported by a $25 million award from the National Science Foundation.

“We are very proud that the nation’s leading center of academic excellence in quantum research chose IonQ’s hardware for this trailblazing partnership,” said Peter Chapman, president and CEO of IonQ. “UMD has been at the vanguard of this field since quantum computing was in its infancy, and has been a true partner to IonQ as we step out of the lab and into commerce, industry, and the public markets.”

About the University of Maryland

IonQ, Inc. is the leader in quantum computing, with a proven track record of innovation and deployment. IonQ’s 32-qubit quantum computer is the world’s most powerful trapped-ion quantum computer, and IonQ has defined what it believes is the best path forward to scale. IonQ is the only company with its quantum systems available through the cloud on Amazon Braket, Microsoft Azure, and Google Cloud, as well as through direct API access. IonQ was founded in 2015 by Christopher Monroe and Jungsang Kim based on 25 years of pioneering research. To learn more, visit http://www.IonQ.com.

dMY III is a special purpose acquisition company founded by Harry L. You and Niccolo de Masi for the purpose of effecting a merger, capital stock exchange, asset acquisition, stock purchase, reorganization or similar business combination with one or more businesses or assets.

Important Information About the Merger and Where to Find It

This communication may be deemed solicitation material in respect of the proposed business combination between dMY III and IonQ (the “Business Combination”). The Business Combination has been submitted to the stockholders of dMY III and IonQ for their approval. In connection with the vote of dMY’s stockholders, dMY III Technology Group, Inc. III has filed relevant materials with the SEC, including a registration statement on Form S-4, which includes a proxy statement/prospectus. This communication does not contain all the information that should be considered concerning the proposed Business Combination and the other matters to be voted upon at the annual meeting and is not intended to provide the basis for any investment decision or any other decision in respect of such matters. dMY III’s stockholders and other interested parties are urged to read the definitive proxy statement, dated August 12, 2021 and any other relevant documents that are filed or furnished or will be filed or will be furnished with the SEC carefully and in their entirety in connection with dMY III’s solicitation of proxies for the special meeting to be held to approve the Business Combination and other related matters, as these materials will contain important information about IonQ and dMY III and the proposed Business Combination. On or about August 12, 2021, dMY III mailed the definitive proxy statement/prospectus and a proxy card to each stockholder entitled to vote at the special meeting relating to the transaction. Such stockholders are also be able to obtain copies of these materials, without charge at the SEC’s website at http://www.sec.gov, at the Company’s website at https://www.dmytechnology.com/ or by written request to dMY Technology Group, Inc. III, 11100 Santa Monica Blvd., Suite 2000, Los Angeles, CA 90025.

limited to: (i) the risk that the transaction may not be completed in a timely manner or at all, which may adversely affect the price of dMY’s securities; (ii) the risk that the transaction may not be completed by dMY’s business combination deadline and the potential failure to obtain an extension of the business combination deadline if sought by dMY; (iii) the failure to satisfy the conditions to the consummation of the transaction, including the approval of the merger agreement by the stockholders of dMY, the satisfaction of the minimum trust account amount following any redemptions by dMY’s public stockholders and the receipt of certain governmental and regulatory approvals; (iv) the lack of a third-party valuation in determining whether or not to pursue the proposed transaction; (v) the inability to complete the PIPE transaction; (vi) the occurrence of any event, change or other circumstance that could give rise to the termination of the merger agreement; (vii) the effect of the announcement or pendency of the transaction on IonQ’s business relationships, operating results and business generally; (viii) risks that the proposed transaction disrupts current plans and operations of IonQ; (ix) the outcome of any legal proceedings that may be instituted against IonQ or against dMY related to the merger agreement or the proposed transaction; (x) the ability to maintain the listing of dMY’s securities on a national securities exchange; (xi) changes in the competitive industries in which IonQ operates, variations in operating performance across competitors, changes in laws and regulations affecting IonQ’s business and changes in the combined capital structure; (xii) the ability to implement business plans, forecasts and other expectations after the completion of the proposed transaction, and identify and realize additional opportunities; (xiii) the risk of downturns in the market and the technology industry including, but not limited to, as a result of the COVID-19 pandemic; and (xiv) costs related to the transaction and the failure to realize anticipated benefits of the transaction or to realize estimated pro forma results and underlying assumptions, including with respect to estimated stockholder redemptions. The foregoing list of factors is not exhaustive. You should carefully consider the foregoing factors and the other risks and uncertainties described in the “Risk Factors” section of the registration statement on Form S-4 and other documents filed by dMY from time to time with the SEC. These filings identify and address other important risks and uncertainties that could cause actual events and results to differ materially from those contained in the forward-looking statements. Forward-looking statements speak only as of the date they are made. Readers are cautioned not to put undue reliance on forward-looking statements, and dMY and IonQ assume no obligation and do not intend to update or revise these forward-looking statements, whether as a result of new information, future events, or otherwise. Neither dMY nor IonQ gives any assurance that either dMY or IonQ, or the combined company, will achieve its expectations.

This communication is for informational purposes only and does not constitute an offer or invitation for the sale or purchase of securities, assets or the business described herein or a commitment to the Company or the IonQ with respect to any of the foregoing, and this communication shall not form the basis of any contract, nor is it a solicitation of any vote, consent, or approval in any jurisdiction pursuant to or in connection with the Business Combination or otherwise, nor shall there be any sale, issuance or transfer of securities in any jurisdiction in contravention of applicable law. 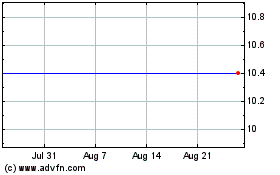 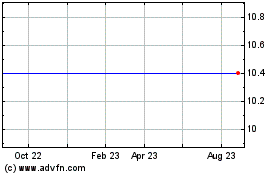 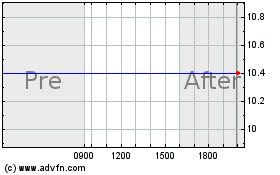