Three major drug distributors are in talks to pay $18 billion to settle sweeping litigation brought by state and local governments blaming them for fueling the opioid crisis, people familiar with the discussions said, paving the way for a broad resolution to lawsuits that have shaken the pharmaceutical industry.

The three distributors -- McKesson Corp., AmerisourceBergen Corp., and Cardinal Health Inc. -- would collectively pay $18 billion over 18 years under the deal currently on the table, the people said. Johnson & Johnson is also involved in the discussions to contribute additional money, some of the people said.

Players up and down the pharmaceutical supply chain, including drugmakers, distributors and pharmacies, have been sued by virtually every state and thousands of city and county governments. Over 2,000 lawsuits allege the industry's overly aggressive marketing of prescription painkillers and lax oversight over drug distribution contributed to widespread opioid addiction.

If finalized, the settlement would be the first to achieve a broad resolution of the opioid lawsuits outside of bankruptcy. OxyContin maker Purdue Pharma LP filed for bankruptcy last month to try to implement a settlement valued at around $10 billion to $12 billion but faces opposition from some states that say its owners -- members of the Sackler family -- should contribute more to the deal.

At least 400,000 people have died in the U.S. from overdoses of legal and illegal opioids since 1999, according to federal data. The lawsuits are seeking to recoup the costs borne by communities grappling with widespread addiction, including burdens on emergency services, medical care and foster services for children born to addicted parents.

Pressure has mounted on pharmaceutical companies to settle the opioid lawsuits and cap the liability. McKesson, AmerisourceBergen and Cardinal Health are among companies slated to go to trial Monday in federal court in Cleveland in the cases of two Ohio counties that have been chosen to serve as a bellwether for the broader litigation.

Any final deal could include other companies. The talks have raised the idea that the settlement would include the donation of opioid-addiction treatment drugs.

Johnson & Johnson reiterated on Tuesday a prior statement that "we remain open to viable options to resolve these cases, including through settlement."

The agreement still needs to garner support from factions of plaintiffs' lawyers and government entities with differing interests.

A bipartisan coalition of the attorneys general in Texas, Tennessee, Pennsylvania and North Carolina have been leading the discussions that generated the current proposal, the people said. State attorneys general are scheduled to have a call Tuesday evening to hear more about the potential deal.

The opioid litigation has been likened to lawsuits against the tobacco industry in the 1990s. Those suits led to a $206 billion settlement in 1998 that has trickled down to the states in installments ever since.

Local governments unhappy with how the tobacco money largely stayed at the state level didn't want to wait on the sidelines this time around, so cities and counties have pursued their own opioid lawsuits in addition to state attorneys general actions.

U.S. District Judge Dan Polster in Cleveland, who is overseeing the consolidation of thousands of the opioid cases filed in federal court, has strongly pushed settlement talks since early 2018.

The looming deadline of the trial slated to begin Monday before Judge Polster, in the cases of Ohio's Cuyahoga and Summit counties, has hastened the discussions.

Several drugmakers have reached settlements with the two counties to avoid going to trial, but those deals haven't gotten them out of the broader litigation.

Any global resolution by the distributors could affect or delay the trial, though jury selection was still set to begin Wednesday, and opening statements were on track for Monday.

Plaintiffs' lawyers have been seeking a large payday from McKesson, AmerisourceBergen and Cardinal, which collectively controlled 95% of the U.S. drug distribution market in 2018, according to Drug Channels Institute, which provides research on the drug-supply chain.

A smaller distributor, Henry Schein Inc., is also a defendant in the Cleveland trial, along with Walgreens Boots Alliance Inc. and drugmaker Teva Pharmaceutical Industries Ltd. All of the companies were in court Tuesday before Judge Polster to hash out final details around how the two-month trial will look.

Plaintiffs have alleged that the drug distributors failed to implement adequate systems to halt suspicious drug orders as the opioid epidemic came into focus.

The companies counter that they served as middlemen that followed federal regulations and have long had robust systems in place to monitor suspicious orders.

Potentially bolstering the distributors' case is a recent report from the U.S. Justice Department criticizing the U.S. Drug Enforcement Administration for allowing drug manufacturers to increase significantly the production of powerful painkillers as overdose-death rates soared.

The Ohio counties and other plaintiffs have laid out plans to spend billions of dollars from potential settlements to help communities recover from widespread opioid addiction.

Those plans include reducing the supply of opioids, coming up with new ways to care for patients in pain and treating those already addicted through programs and drugs like naloxone.

The first opioid case to go to trial, in Oklahoma, ended in a $572 million verdict against Johnson & Johnson that Oklahoma state court Judge Thad Balkman said should go toward addiction treatment, overdose prevention services and other resources.

The first opioid case to go to trial, in Oklahoma, ended in a $572 million verdict against Johnson & Johnson that Oklahoma state court Judge Thad Balkman said should go toward addiction treatment, overdose prevention services and other resources. Johnson & Johnson was in court Tuesday arguing that the verdict should be reduced. Judge Balkman said at the hearing he agreed with the company that he made a math error that will reduce the verdict by more than $100 million, and that he would take other arguments under consideration before issuing a final judgment. 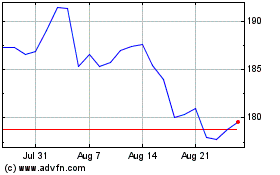 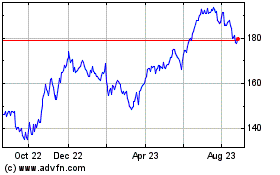 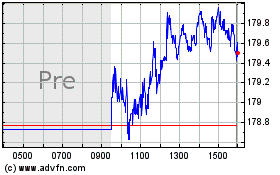