BOSTON, SHANGHAI and LAUSANNE, Switzerland, September 29, 2021 – Overland ADCT BioPharma, a joint venture created by Overland Pharmaceuticals and ADC Therapeutics SA (NYSE: ADCT), today announced the first patient has been dosed with ZYNLONTA® in a pivotal Phase 2 clinical trial in patients with relapsed or refractory (r/r) diffuse large B-cell lymphoma (DLBCL) in China. In April 2021, ZYNLONTA was granted accelerated approval by the U.S. Food and Drug Administration (FDA) as the first and only CD19-targeted antibody drug conjugate (ADC) as a single-agent treatment for adult patients with r/r DLBCL after two or more lines of systemic therapy. This local pivotal study mirrors ADC Therapeutics’ ongoing global pivotal Phase 2 clinical trial of ZYNLONTA and its results are intended to support the potential registration of ZYNLONTA in China.

The China Phase 2, multi-center, open-label, single-arm study will evaluate the efficacy and safety of ZYNLONTA used as monotherapy in patients with r/r DLBCL.

ZYNLONTA® is a CD19-directed antibody drug conjugate (ADC). Once bound to a CD19-expressing cell, ZYNLONTA is internalized by the cell, where enzymes release a pyrrolobenzodiazepine (PBD) payload. The potent payload binds to DNA minor groove with little distortion, remaining less visible to DNA repair mechanisms. This ultimately results in cell cycle arrest and tumor cell death.

The U.S. Food and Drug Administration (FDA) has approved ZYNLONTA (loncastuximab tesirine-lpyl) for the treatment of adult patients with relapsed or refractory (r/r) large B-cell lymphoma after two or more lines of systemic therapy, including diffuse large B-cell lymphoma (DLBCL) not otherwise specified (NOS), DLBCL arising from low-grade lymphoma and also high-grade B-cell lymphoma. The trial included a broad spectrum of heavily pre-treated patients (median three prior lines of therapy) with difficult-to-treat disease, including patients who did not respond to first-line therapy, patients refractory to all prior lines of therapy, patients with double/triple hit genetics and patients who had stem cell transplant and CAR-T therapy prior to their treatment with ZYNLONTA. This indication is approved by the FDA under accelerated approval based on overall response rate and continued approval for this indication may be contingent upon verification and description of clinical benefit in a confirmatory trial.

ZYNLONTA is also being evaluated as a therapeutic option in combination studies in in other B-cell malignancies and earlier lines of therapy.

ADC Therapeutics (NYSE: ADCT) is a commercial-stage biotechnology company improving the lives of cancer patients with its next-generation, targeted antibody drug conjugates (ADCs). The Company is advancing its proprietary PBD-based ADC technology to transform the treatment paradigm for patients with hematologic malignancies and solid tumors.

ADC Therapeutics is based in Lausanne (Biopôle), Switzerland and has operations in London, the San Francisco Bay Area and New Jersey.

ZYNLONTA® is a registered trademark of ADC Therapeutics SA.

Overland Pharmaceuticals is building a fully integrated biopharma company with a mission to bring innovative medicines to underserved patients in Asia and around the world. By leveraging its resources, global network, and local expertise across the biopharma ecosystem in Asia, Overland is establishing a portfolio of differentiated therapeutic candidates in a few carefully selected therapeutic areas. Through formative partnerships, Overland will move forward the development and commercialization of the most promising advances in medicine.

This Report on Form 6-K shall be deemed to be incorporated by reference into the registration statements on Form F-3 (Registration Nos. 333-256686 and 333-256807) of ADC Therapeutics SA and to be a part thereof from the date on which this report is filed, to the extent not superseded by documents or reports subsequently filed or furnished. 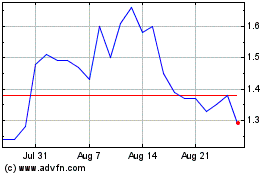 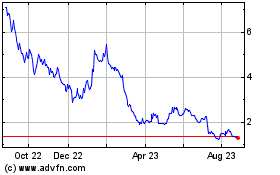 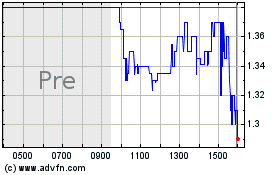