Dennis S. Hudson, III, Seacoast’s Chairman and CEO, said, "During the quarter, we achieved record earnings, resulting in a 41% year-over-year increase in adjusted net income1 and 17% year-over-year growth in tangible book value per share. We continue to build a very high quality balance sheet, fortified with a growing capital base, strong asset quality trends, and a well-managed liquidity position."

Hudson added, "Highlights in the quarter included continued expansion of our business banking team in Tampa and South Florida, strong performance from our mortgage banking group, and completion of our $10 million annual expense reduction initiative, all resulting in an improvement in our adjusted efficiency ratio1, declining 4% from the prior quarter to 51.4%."

Charles M. Shaffer, Seacoast’s Chief Operating Officer and Chief Financial Officer, said, “Our second quarter 2019 results demonstrate that our focus on strong financial performance, disciplined credit underwriting, and franchise expansion in robust markets continues to create value for shareholders. During the quarter, we continued to drive improved operating leverage while delivering a strictly underwritten credit portfolio that is well diversified in terms of asset mix and granularity. We have built a balance sheet that is supported by an excellent customer franchise, with an average loan to deposit ratio of 87.3%, providing ample room for expansion of loans. We ended the quarter with a tangible common equity ratio of 10.7% and healthy levels of liquidity, both of which should support our ability to deploy capital for continued organic growth and disciplined opportunistic acquisitions."

We remain confident in our ability to achieve our Vision 2020 targets announced in 2017.

Modernizing How We Sell

Lowering Our Cost to Serve

Driving Improvements in How Our Business Operates

Scaling and Evolving Our Culture

Conference Call InformationSeacoast will host a conference call on July 26, 2019 at 10:00 a.m. (Eastern Time) to discuss the second quarter 2019 earnings results and business trends. Investors may call in (toll-free) by dialing (888) 517-2513 (passcode: 8644 001; host: Dennis S. Hudson). Charts will be used during the conference call and may be accessed at Seacoast's website at www.SeacoastBanking.com by selecting "Presentations" under the heading "News/Events" A replay of the call will be available for one month, beginning late afternoon of July 26, 2019 by dialing (888) 843-7419 (domestic) and using passcode: 8644 001#.

Alternatively, individuals may listen to the live webcast of the presentation by visiting Seacoast's website at www.SeacoastBanking.com. The link is located in the subsection "Presentations" under the heading "Investor Services." Beginning the afternoon of July 26, 2019, an archived version of the webcast can be accessed from this same subsection of the website. The archived webcast will be available for one year.

About Seacoast Banking Corporation of Florida (NASDAQ: SBCF)Seacoast Banking Corporation of Florida is one of the largest community banks headquartered in Florida with approximately $6.8 billion in assets and $5.5 billion in deposits as of June 30, 2019. The Company provides integrated financial services including commercial and retail banking, wealth management, and mortgage services to customers through advanced banking solutions, and 49 traditional branches of its locally-branded, wholly-owned subsidiary bank, Seacoast Bank. Offices stretch from Fort Lauderdale, Boca Raton and West Palm Beach north through the Daytona Beach area, into Orlando and Central Florida and the adjacent Tampa market, and west to Okeechobee and surrounding counties. More information about the Company is available at www.SeacoastBanking.com.

Cautionary Notice Regarding Forward-Looking StatementsThis press release contains "forward-looking statements" within the meaning, and protections, of Section 27A of the Securities Act of 1933 and Section 21E of the Securities Exchange Act of 1934, including, without limitation, statements about future financial and operating results, cost savings, enhanced revenues, economic and seasonal conditions in our markets, and improvements to reported earnings that may be realized from cost controls, tax law changes, and for integration of banks that we have acquired, or expect to acquire, as well as statements with respect to Seacoast's objectives, strategic plans, including Vision 2020, expectations and intentions and other statements that are not historical facts. Actual results may differ from those set forth in the forward-looking statements.

All statements other than statements of historical fact could be forward-looking statements. You can identify these forward-looking statements through our use of words such as "may", "will", "anticipate", "assume", "should", "support", "indicate", "would", "believe", "contemplate", "expect", "estimate", "continue", "further", "plan", "point to", "project", "could", "intend", "target" or other similar words and expressions of the future. These forward-looking statements may not be realized due to a variety of factors, including, without limitation: the effects of future economic and market conditions, including seasonality; governmental monetary and fiscal policies, including interest rate policies of the Board of Governors of the Federal Reserve, as well as legislative, tax and regulatory changes; changes in accounting policies, rules and practices; the risks of changes in interest rates on the level and composition of deposits, loan demand, liquidity and the values of loan collateral, securities, and interest sensitive assets and liabilities; interest rate risks, sensitivities and the shape of the yield curve; uncertainty related to the impact of LIBOR calculations on securities and loans; changes in borrower credit risks and payment behaviors; changes in the availability and cost of credit and capital in the financial markets; changes in the prices, values and sales volumes of residential and commercial real estate; our ability to comply with any regulatory requirements; the effects of problems encountered by other financial institutions that adversely affect us or the banking industry; our concentration in commercial real estate loans; the failure of assumptions and estimates, as well as differences in, and changes to, economic, market and credit conditions; the impact on the valuation of our investments due to market volatility or counterparty payment risk; statutory and regulatory dividend restrictions; increases in regulatory capital requirements for banking organizations generally; the risks of mergers, acquisitions and divestitures, including our ability to continue to identify acquisition targets and successfully acquire desirable financial institutions; changes in technology or products that may be more difficult, costly, or less effective than anticipated; our ability to identify and address increased cybersecurity risks; inability of our risk management framework to manage risks associated with our business; dependence on key suppliers or vendors to obtain equipment or services for our business on acceptable terms; reduction in or the termination of our ability to use the mobile-based platform that is critical to our business growth strategy; the effects of war or other conflicts, acts of terrorism, natural disasters or other catastrophic events that may affect general economic conditions; unexpected outcomes of, and the costs associated with, existing or new litigation involving us; our ability to maintain adequate internal controls over financial reporting; potential claims, damages, penalties, fines and reputational damage resulting from pending or future litigation, regulatory proceedings and enforcement actions; the risks that our deferred tax assets could be reduced if estimates of future taxable income from our operations and tax planning strategies are less than currently estimated and sales of our capital stock could trigger a reduction in the amount of net operating loss carryforwards that we may be able to utilize for income tax purposes; the effects of competition from other commercial banks, thrifts, mortgage banking firms, consumer finance companies, credit unions, securities brokerage firms, insurance companies, money market and other mutual funds and other financial institutions operating in our market areas and elsewhere, including institutions operating regionally, nationally and internationally, together with such competitors offering banking products and services by mail, telephone, computer and the Internet; and the failure of assumptions underlying the establishment of reserves for possible loan losses.

All written or oral forward-looking statements attributable to us are expressly qualified in their entirety by this cautionary notice, including, without limitation, those risks and uncertainties described in our annual report on Form 10-K for the year ended December 31, 2018, under "Special Cautionary Notice Regarding Forward-looking Statements" and "Risk Factors", and otherwise in our SEC reports and filings. Such reports are available upon request from the Company, or from the Securities and Exchange Commission, including through the SEC's Internet website at www.sec.gov.

This presentation contains financial information determined by methods other than Generally Accepted Accounting Principles (“GAAP”). Management uses these non-GAAP financial measures in its analysis of the Company’s performance and believes these presentations provide useful supplemental information, and a clearer understanding of the Company’s performance. The Company believes the non-GAAP measures enhance investors’ understanding of the Company’s business and performance and if not provided would be requested by the investor community. These measures are also useful in understanding performance trends and facilitate comparisons with the performance of other financial institutions. The limitations associated with operating measures are the risk that persons might disagree as to the appropriateness of items comprising these measures and that different companies might define or calculate these measures differently. The Company provides reconciliations between GAAP and these non-GAAP measures. These disclosures should not be considered an alternative to GAAP. 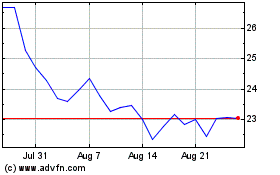 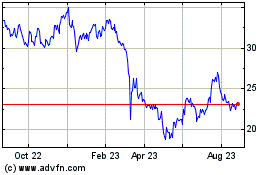 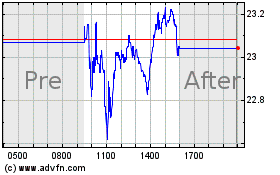