Anthony Sanfilippo, president and chief executive officer of Pinnacle Entertainment, commented, "In 2011, our team at Pinnacle established a solid foundation of operating excellence.  We made significant strides in implementing revenue growth and operational improvement initiatives across the portfolio, with the re-launched mychoice guest loyalty program gaining significant traction and non-value added expenses reduced across the enterprise.  As we expected, 2011 was a breakout year for Pinnacle, with the Company achieving records in total revenue and Consolidated Adjusted EBITDA.  In addition, our two largest operating segments, L'Auberge Lake Charles and St. Louis, produced record Adjusted EBITDA.

"Pinnacle finished 2011 on a strong note, and we entered 2012 with significant momentum.  During the fourth quarter we increased Consolidated Adjusted EBITDA 22.9% year over year through a combination of profitable revenue growth and reductions in our cost structure. As a result, our Consolidated Adjusted EBITDA margin expanded 350 basis points year over year in the fourth quarter.

"As we move further into 2012, we look to build on our record 2011 performance and remain focused on driving shareholder value.  Through the evolution of our mychoice program, additional capabilities within our technology infrastructure, incremental cost efficiencies throughout the enterprise, and execution of projects in our growth pipeline, we believe 2012 will be another year of significant growth for our Company."

On Boomtown New Orleans performance, Mr. Sanfilippo added, "In the fourth quarter of 2011, Boomtown New Orleans began to face difficult comparisons due to elevated local economic activity created by the Deep Horizon oil spill cleanup and recovery efforts late last year.  We have made significant strides containing costs to mitigate the effects of changing market dynamics in New Orleans, but we recognize additional efforts are needed to drive profitable revenue increases at Boomtown."

Carlos Ruisanchez, executive vice president and chief financial officer of Pinnacle Entertainment, commented, "2011 was a noteworthy year for Pinnacle, as we had across the board improvements in our operating results, cash flow generation, development pipeline and capital structure.  We expect that 2012 could be another milestone year for the Company given the opportunities that remain to drive growth in our existing asset portfolio and with several pipeline projects reaching or nearing completion.

"In the first quarter of 2012 we will begin the first phase of an $82 million expansion at River City by commencing construction on a 1,700 space covered parking garage. A comprehensive plan will be implemented to minimize disruption to the property during construction of this first phase.  Construction of the second phase, comprising of a 200-room hotel tower and a multi-purpose event center, will commence at the end of 2012 and is scheduled for completion in late-2013.

"Later this year, we will realize a major growth milestone with the opening of L'Auberge Baton Rouge by Labor Day 2012.  Construction at the site is progressing rapidly and the project remains on budget.  The project will be another best-in-class property within our portfolio and the Baton Rouge market when it opens.

"In Ohio, we continue to view River Downs as a significant growth opportunity for the company. We are preparing to develop River Downs, pending final completion of the regulatory structure to operate video lottery terminals at our facility and resolution of a legal challenge in the state.

"Finally, construction on the Ho Tram Strip project in Vietnam by Asian Coast Development (Canada) Ltd., in which the Company acquired a 26% ownership stake in August 2011, also continues to make significant progress.  The first phase of the development, the MGM Grand Ho Tram, is scheduled to open by the end of the first quarter of 2013."

During 2012, the Company expects to spend between $50.0 million to $70.0 million on capital expenditures associated with its existing operating properties and corporate initiatives.  The upper bound of this range is dependent upon the evaluation and pursuit of staged hotel room refresh programs and the renovation of certain food and beverage outlets across the portfolio.  The Company expects to incur between $230.0 million to $240.0 million on expansion capital expenditures during 2012, comprised of L'Auberge Baton Rouge and River City expansion.

All statements included in this press release, other than historical information or statements of historical fact, are "forward-looking statements" within the meaning of Section 27A of the Securities Act of 1933 and Section 21E of the Securities Exchange Act of 1934. These forward-looking statements, including statements regarding the Company's future operating performance; future growth; ability to implement strategies to improve revenues and operating margins at the Company's properties; ability to successfully implement marketing and branding programs to increase revenue at the Company's properties; continued operating improvement at the Company's properties and anticipated milestones; completion and opening schedule of the Company's various projects; the facilities, features and amenities of the Company's projects; the facilities, features and amenities of the River City expansion project; the possibility for video lottery terminals becoming  operational at Ohio racetracks; the ability of the Company to develop a new gaming and entertainment facility at River Downs; and the ability to sell or otherwise dispose of discontinued operations, the projected opening date for MGM Grand Ho Tram, are based on management's current expectations and are subject to risks, uncertainties and changes in circumstances that could significantly affect future results. Accordingly, Pinnacle cautions that the forward-looking statements contained herein are qualified by important factors that could cause actual results to differ materially from those reflected by such statements. Such factors include, but are not limited to: (a) the Company's business may be sensitive to reductions in consumers' discretionary spending as a result of downtowns in the economy; (b) the global financial crisis may have an impact on the Company's business and financial condition in ways that the Company currently cannot accurately predict; (c) significant competition in the gaming industry in all of the Company's markets could adversely affect the Company's profitability; (d) the Company will have to meet the conditions for receipt or maintenance of gaming licensing approvals for the Baton Rouge project, some of which are beyond its control; (e) many factors, including the escalation of construction costs beyond increments anticipated in its construction budget and unexpected construction delays, could prevent the Company from completing its Baton Rouge project within budget and on time and as required by the conditions of the Louisiana Gaming Control Board; (f) video lottery terminals may not become operational at Ohio's racetracks; (g) the terms of the Company's credit facility and the indentures governing its senior and subordinated indebtedness impose operating and financial restrictions on the Company; (h) many factors, including the escalation of construction costs beyond increments anticipated in construction budgets, could prevent ACDL from completing its Ho Tram development project within budget and on time and as required by the conditions of its certificate in Vietnam; (i) ACDL will have to obtain all necessary approvals for completing the Ho Tram development project, including gaming and regulatory approvals, some of which are beyond its control; and (j) other risks, including those as may be detailed from time to time in the Company's filings with the Securities and Exchange Commission ("SEC"). For more information on the potential factors that could affect the Company's financial results and business, review the Company's filings with the SEC, including, but not limited to, its Annual Report on Form 10-K, its Quarterly Reports on Form 10-Q and its Current Reports on Form 8-K. 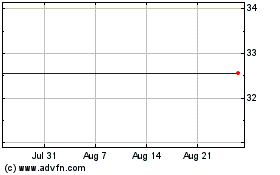 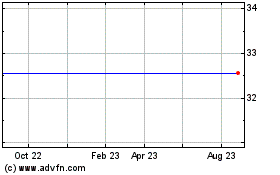 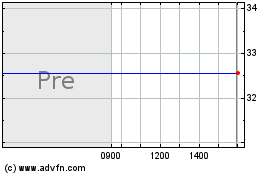