The Registration Statement is not yet in effect. However, the Registration Statement, including the proxy statement/ prospectus contained therein, contains important information about the proposed transaction and the parties to the transaction. The filing represents an important step toward Cytocom's and Cleveland BioLabs' intended combination of their businesses to become a single, publicly-traded company. The parties expect that the common stock of the combined company will trade on the Nasdaq Capital Market under the symbol "CYTO," and that the merger will potentially close during the second quarter of 2021. 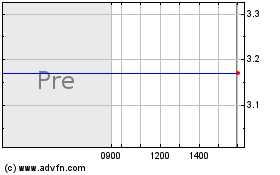