CURRENT REPORT
Pursuant to Section 13 or 15(d) of
The Securities Exchange Act of 1934
Date of report (Date of earliest event reported) May 12, 2021
Radian Group Inc.
(Exact Name of Registrant as Specified in Its Charter)

(Former Name or Former Address, if Changed Since Last Report)
Check the appropriate box below if the Form 8-K filing is intended to simultaneously satisfy the filing obligation of the registrant under any of the following provisions (see General Instruction A.2. below):
Securities registered pursuant to Section 12(b) of the Act:
Indicate by check mark whether the registrant is an emerging growth company as defined in Rule 405 of the Securities Act of 1933 (§230.405 of this chapter) or Rule 12b-2 of the Securities Exchange Act of 1934 (§240.12b-2 of this chapter).
Emerging growth company ☐
If an emerging growth company, indicate by check mark if the registrant has elected not to use the extended transition period for complying with any new or revised financial accounting standards provided pursuant to Section 13(a) of the Exchange Act. ☐
Approval of Radian Group Inc. 2021 Equity Compensation Plan
On May 12, 2021, stockholders of Radian Group Inc. (“Radian” or the “Company”) approved the Radian Group Inc. 2021 Equity Compensation Plan (the “Equity Compensation Plan” or “Plan”).  The Plan is described in Proposal 3 in the Company’s proxy statement for the 2021 Annual Meeting of Stockholders, filed with the Securities and Exchange Commission on April 9, 2021 (the “2021 Proxy Statement”) and is included in its entirety as Exhibit A to the 2021 Proxy Statement.
2021 Long-Term Incentive Awards
On May 12, 2021, the Compensation and Human Capital Management Committee (the “Committee”) of the Company’s Board of Directors (the “Board”) granted annual long-term incentive awards (the “2021 LTI Awards”) to the Company’s executive officers, including Richard G. Thornberry, the Company’s Chief Executive Officer, and to Derek V. Brummer, J. Franklin Hall, Edward J. Hoffman and Eric R. Ray, the Company’s other executive officers named in the 2020 Summary Compensation Table of the Company’s 2021 Proxy Statement (collectively, the “Executives”).
All of the 2021 LTI Awards granted by the Company, including those awarded to the Executives as described in more detail below, were granted under the Equity Compensation Plan.
For 2021, each Executive’s target 2021 LTI Award is comprised of the following components: (1) performance-based restricted stock units that will vest based on growth in the Company’s “LTI Book Value per Share” (as defined below) over a three-year performance period (the “BV RSUs”); and (2) time-based restricted stock units that will vest over three years in pro rata installments (“Time-Based RSUs”).  Consistent with the Company’s pay-for-performance philosophy, the 2021 LTI Awards are primarily performance-based, with the BV RSUs and Time-Based RSUs comprising 60% and 40% of the Executives’ target 2021 LTI Awards, respectively.
2021 Performance-Based Awards – BV RSUs
The Committee granted BV RSUs to the Executives in the following target amounts (“BV RSU Targets”):
The BV RSUs will vest on May 15, 2024, based on the attainment of specified performance goals (as described below), subject to certain conditions (as described below) that could accelerate such vesting. Each vested BV RSU will be payable in one share of the Company’s common stock.
On the vesting date, each Executive will become vested in a number of BV RSUs (from 0 to 200% of his BV RSU Target, the “BV Performance Level”) based on how the Company’s cumulative growth in LTI Book Value per Share (as defined below) over a three-year performance period (from March 31, 2021 through March 31, 2024) compares to the following reference points:
_____________
The Company’s “LTI Book Value per Share” is defined as: (A) Book Value adjusted to exclude: (1) Accumulated Other Comprehensive Income; and (2) the impact, if any, during the three-year performance period from declared dividends on common shares and dividend equivalents on outstanding equity awards; divided by (B) basic shares of common stock outstanding.
The BV RSUs include a one-year holding period after vesting, such that the vested BV RSUs will not be convertible into shares (other than shares withheld to pay taxes due at vesting) until the one-year anniversary of the vesting date of the BV RSUs. However, as set forth in the applicable grant instrument, the post-vesting holding period will not apply in certain circumstances, such as (i) the Executive’s death or disability, (ii) an Involuntary Termination (as defined below) in connection with a change of control before the end of the performance period, or (iii) the occurrence of a change of control after the end of the performance period.
The treatment of the BV RSU awards upon the occurrence of certain employment termination events is described under “Termination of Employment Events” below. The BV RSU awards provide for “double trigger” vesting in the event of a change of control. In the event of a change of control of the Company before the end of the three-year performance period, absent an Involuntary Termination (as defined below), the BV RSUs will become vested on the vesting date of the BV RSUs in an amount equal to the projected BV Performance Level for the full performance period, estimated as of the end of the fiscal quarter immediately prior to the change of control (the “CoC Performance Level”).
Executives are entitled to receive dividend equivalents on their BV RSU awards as described below under “Dividend Equivalents.”
2021 Time-Based RSUs
The Committee granted Time-Based RSUs to the Executives in the following amounts: Mr. Thornberry – 84,720 RSUs; Mr. Brummer – 30,850 RSUs; Mr. Hall –  21,740 RSUs; Mr. Hoffman –  21,740 RSUs; and Mr. Ray –  17,410 RSUs. 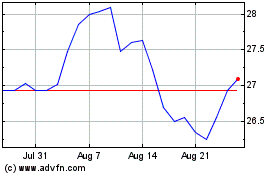 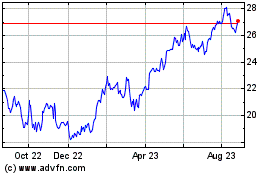 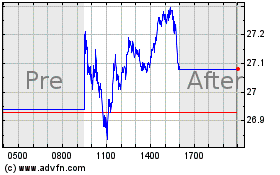