The Merger Agreement provides, among other things and subject to the terms and conditions set forth therein, that Merger Sub will be merged with and into the Company, with the Company surviving as a wholly-owned subsidiary of Parent (the “Merger”). At the Effective Time (as defined in the Merger Agreement), and as a result of the Merger, each share of common stock, par value $0.01 per share, of the Company (the “Company Common Stock”), that is issued and outstanding immediately prior to the Effective Time, other than, (i)  Company Common Stock held by the Company as treasury stock or held by Parent or Merger Sub (or any direct or indirect wholly-owned subsidiaries of the Parent or Merger Sub), (ii) Dissenting Shares (as defined in the Merger Agreement) or (iii) as and if applicable, certain shares or equity of Company Common Stock held by certain employees of the Company (collectively, the “Rollover Stockholders”) and contributed to Parent prior to the Effective Time will be converted automatically into the right to receive $6.044 in cash, without interest, subject to any withholding of taxes required by applicable law (the “Merger Consideration”).

Pursuant to the Merger Agreement, at the Effective Time:

The Merger Agreement contains customary representations, warranties and covenants, including, among others, covenants by the Company to conduct its business in the ordinary course between the date of the Merger Agreement and the closing of the Merger, not to engage in certain kinds of material transactions during such period, to convene and hold a special meeting of its stockholders for the purpose of obtaining the Company Stockholder Approval, to cooperate with Parent in connection with the financing for the Merger, to obtain regulatory approvals and, subject to certain customary exceptions, for the Board to recommend that the stockholders adopt the Merger Agreement. The Merger Agreement also contains customary representations, warranties and covenants of Parent and Merger Sub, including a covenant that Parent use its reasonable best efforts to cause the financing for the Merger to be funded.

Parent and Merger Sub have secured committed financing, consisting of a combination of equity financing to be provided by funds affiliated with H.I.G. Capital and debt financing to be provided by Cerberus Business Finance, LLC, the aggregate proceeds of which will be sufficient for Parent to pay the aggregate Merger Consideration and all related fees and expenses and prepayment of debt under the Company’s credit facilities. The availability of the debt financing is subject to the satisfaction of customary conditions.

If the Company terminates the Merger Agreement because (i) Parent would not be reasonably capable of satisfying its closing conditions due to a willful breach of its representations, warranties or covenants; or (ii) Parent fails to close the Merger when required to do so under the terms and conditions under the Merger Agreement, then, subject to additional criteria set forth on the Merger Agreement, Parent will be required to pay a termination fee of $11,120,000 million.  H.I.G. has entered into a limited guarantee, in which it guarantees the payment of the Parent termination fee and to reimburse the Company for debt financing costs, subject to an overall limit of $12,970,000.  The Company may not recover any amounts against H.I.G., Parent or their affiliates other than the amount of the Parent termination fee, debt financing reimbursement costs and the costs to enforce the guarantee.

In addition, in connection with the Merger Agreement, certain employees of the Company have entered or may be entering into one or more forms of Rollover and Contribution Agreements, pursuant to which they will (i) contribute certain shares or equity of Company Common Stock that they own to Parent immediately prior to the Closing of the Merger, and/or (ii) invest certain of their Merger Consideration in Parent as of immediately following the Closing of the Merger.

Upon the closing of the Merger, the Company Common Stock will be delisted from the Nasdaq Global Market and deregistered under the Securities Exchange Act of 1934, as amended (the “Exchange Act”).

In connection with the Merger and the execution of the Merger Agreement, the Board exercised its discretionary authority under the Company’s Tax Benefits Preservation Plan, dated as of December 29, 2014 (the “NOL Plan”), to exempt Parent, Merger Sub, and their affiliates (collectively, the “Exempt Persons”) from the definition of “Acquiring Person” (as defined in the NOL Plan) under the Plan, unless and until the Merger Agreement terminates (in which event the Exempt Persons will no longer be exempt as Acquiring Persons).

The information contained in Item 1.01 above with respect to the NOL Plan is incorporated by reference herein.

As previously disclosed, on November 4, 2020, the Company announced that Richard J. Fitzgerald, Chief Operating Officer, has decided for personal reasons to pursue other opportunities. On January 3, 2021, the Company and Mr. Fitzgerald entered into a Separation Agreement, pursuant to which Mr. Fitzgerald’s employment will terminate effective March 31, 2021, unless extended at the discretion of the Chief Executive Officer in the event certain operational projects are not substantially completed by that date. The Separation Agreement provides that Mr. Fitzgerald will (i) receive severance in the amount of $323,100, payable beginning on his termination date, (ii) refrain from competing in the Company’s industry or soliciting the Company’s employees for a period of 12 months following his termination date, (iii) refrain from soliciting the Company’s customers for a period of 24 months following his termination date, and (vi) release any claims against the Company or its affiliates.

In connection with the Merger Agreement, the Board approved an amendment (the “By-Laws Amendment”) to the Company’s Second Amended and Restated By-Laws (as amended to date, the “By-Laws”) to add a new Section 6.15 to Article 6 of the By-Laws containing exclusive forum selection provisions, effective immediately.

The new Section 6.15 also provides that unless the Company consents in writing to the selection of an alternative forum, the federal district court for the District of Delaware (or if such court does not have jurisdiction over such action, any other federal district court of the United States), to the fullest extent permitted by law, shall be the sole and exclusive forum for the resolution of any claims arising under the Securities Act of 1933, as amended.

The foregoing summary of the By-Laws Amendment does not purport to be complete and is subject to, and qualified in its entirety by, the full text of the By-laws Amendment, which is attached as Exhibit 3.1 to this Current Report on Form 8-K and incorporated by reference herein.

On January 4, 2021, the Company issued a press release announcing the execution of the Merger Agreement. A copy of the press release is attached as Exhibit 99.1 to this Current Report on Form 8-K and incorporated by reference herein.

Also, on January 4, 2021, the Company issued communications to its customers and employees concerning the Merger Agreement and the proposed Merger. Copies of these communications are filed as Exhibit 99.2 and Exhibit 99.3 to this Current Report on Form 8-K, respectively, and incorporated by reference herein.

Additional Information and Where to Find It:

This communication relates to the proposed Merger involving the Company. In connection with the proposed Merger, the Company will file a preliminary proxy statement and file or furnish other relevant materials with the SEC. Once the SEC completes its review of the preliminary proxy statement, a definitive proxy statement and a form of proxy will be filed with the SEC and mailed or otherwise furnished to the stockholders of the Company. BEFORE MAKING ANY VOTING DECISION, THE COMPANY’S STOCKHOLDERS ARE URGED TO READ THE PROXY STATEMENT IN ITS ENTIRETY WHEN IT BECOMES AVAILABLE AND ANY OTHER DOCUMENTS TO BE FILED WITH THE SEC IN CONNECTION WITH THE PROPOSED MERGER OR INCORPORATED BY REFERENCE IN THE PROXY STATEMENT, IF ANY, BECAUSE THEY WILL CONTAIN IMPORTANT INFORMATION ABOUT THE PROPOSED MERGER AND THE PARTIES TO THE PROPOSED MERGER. This communication is not a substitute for the proxy statement or any other document that may be filed by the Company with the SEC. Investors and stockholders will be able to obtain the documents (when available) free of charge at the SEC’s website, http://www.sec.gov, and the Company’s website, www.smtc.com. In addition, the documents (when available) may be obtained free of charge by directing a request by mail or telephone to: SMTC Corporation, 425 North Drive, Melbourne, Florida 32934, Attention: Secretary, (321) 409-4718.

The foregoing review of important factors that could cause actual results to differ from expectations should not be construed as exhaustive and should be read in conjunction with the information contained in the Company’s SEC filings, including, but not limited to, the risk factors included in the Company’s filings with the SEC, including the Company’s Annual Report on Form 10-K for the fiscal year ended December 29, 2019, filed with the SEC on March 13, 2020, as updated by the Company’s Quarterly Reports on Form 10-Q for the quarters ended March 29, 2020, June 28, 2020 and September 27, 2020, filed with the SEC on May 7, 2020, August 6, 2020 and November 5, 2020, respectively. No assurance can be given that these are all of the factors that could cause actual results to vary materially from the forward-looking statements.

Except as required by applicable law, the Company does not intend, and assumes no obligation, to update any forward-looking statements. The Company’s stockholders are advised, however, to consult any future disclosures the Company makes on related subjects as may be detailed in the Company’s other filings made from time to time with the SEC.

*Schedules have been omitted pursuant to Item 601(b)(2) of Regulation S-K. The Company hereby undertakes to supplementally furnish copies of any omitted schedules to the Securities and Exchange Commission upon request. 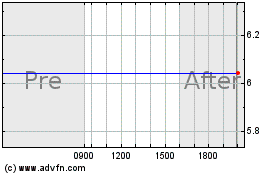