Banks stand to lose more than $100 million from a loan they made to the chairman of Luckin Coffee Inc., whose share price plunged after the Chinese coffee chain last week said much of its 2019 sales were fabricated.

On Monday, Goldman Sachs Group Inc. said an entity controlled by Luckin Chairman Charles Zhengyao Lu defaulted on a $518 million margin loan facility. It said a group of lenders is putting 76.3 million of the Chinese company's American depositary shares -- representing the collateral for the loan -- up for sale.

Goldman said it is acting as a "disposal agent" for the lenders, meaning it is helping to facilitate the share sale in one or more transactions. The identities of the lenders wasn't disclosed, and a Goldman spokeswoman declined to say if the investment bank was among them.

The securities pledged toward the loan are held by Mr. Lu and Jenny Zhiya Qian, Luckin's chief executive officer. The two are co-founders of the company, which had quickly emerged as a rival to Starbucks Corp. in China. The pledged shares were recently worth about $410 million, based on Luckin's closing price of $5.38 per American depositary share on Friday.

The Nasdaq-listed shares sank further Monday, falling 15% to $4.58 in early trading, giving Luckin a market capitalization of about $1.1 billion.

The embattled company, which is based in Xiamen, China, stunned investors on Thursday by disclosing that as much as 2.2 billion yuan ($310 million) in sales from the second quarter to the fourth quarter of last year were fabricated by some employees. It has suspended its chief operating officer and several staffers.

The falsified sales represented close to half of Luckin's reported or projected revenue for the nine-month period. Luckin's U.S. shares, which were trading above $26 prior to the news, lost nearly 80% of their value in two days last week.

The forced sale of the Luckin shares, which is the result of a margin call, shows how badly the banks were blindsided by the company's recent revelations.

Lenders typically build in a large cushion between the size of their loan and the value of the collateral securing it, to protect themselves from market price declines. At the end of 2019, when Luckin's U.S. shares were trading at about $39 apiece, the collateral backing the $518 million loan was worth about $3 billion.

The margin-loan default could be one of a string of similar defaults by other Luckin shareholders. The company's management and their family members have pledged other shares as collateral for borrowings, according to a prospectus filed in January. More forced sales could weigh on Luckin's stock price and lead to more margin calls and loan defaults.

As of January, Mr. Lu controlled about 36.8% of the company's shareholder voting rights, while Ms. Qian had 23.7% of the voting rights. Goldman said Monday that even if all the shares backing the $518 million margin loan are sold, Mr. Lu's voting interest in the company wouldn't decrease, but Ms. Qian's would decline significantly. The company has two classes of shares with different voting rights.

From its founding in 2017, Luckin took less than 18 months to achieve a Nasdaq initial public offering, one of the fastest ascensions by a startup globally. The company raised more than $2 billion from private and public investors and opened more than 4,500 stores across China, overtaking Starbucks in the country by the end of 2019.

Some of the world's largest investors were drawn in by the company's rapid growth and business model of wooing customers with coupons and deliveries of freshly brewed coffee made from what Luckin said were premium Arabica coffee beans.

Credit Suisse AG's Singapore branch is the trustee holding the Luckin shares on behalf of the lenders looking to sell. The Swiss bank was also the lead bookrunner of Luckin's IPO and helped the company raise additional funds from investors in a follow-on share offering and a sale of convertible bonds in January. A Credit Suisse spokesman declined to comment.

Write to Jing Yang at Jing.Yang@wsj.com 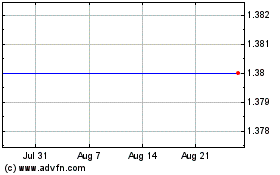 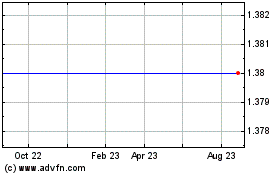 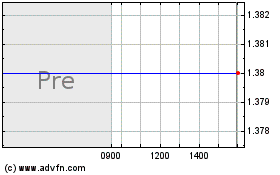