The information in this Current Report on Form 8-K set forth under Item 2.01 is incorporated herein by reference into this Item 1.02.

On June 9, 2021, in connection with the consummation of the transactions contemplated by the Merger Agreement (as defined below), the Investment Advisory and Management Agreement, dated as of April 29, 2013, by and between Harvest Capital Credit Corporation (the “Company”) and HCAP Advisors LLC (the “Adviser”) was terminated.

On June 9, 2021, in connection with the consummation of the transactions contemplated by the Merger Agreement, the Administration Agreement, dated as of April 29, 2018, by and the Company and the Adviser was terminated.

Item 2.01. Completion of Acquisition or Disposition of Assets.

On June 9, 2021, the Company completed its previously announced merger with Portman Ridge Finance Corporation, a Delaware corporation (“PTMN”), pursuant to that certain Agreement and Plan of Merger (the “Merger Agreement”), dated as of December 23, 2020, by and among the Company, PTMN, Rye Acquisition Sub Inc., a Delaware corporation and a direct wholly owned subsidiary of PTMN (“Acquisition Sub”), and Sierra Crest Investment Management LLC, a Delaware limited liability company and the external investment adviser to PTMN (“Sierra Crest”). Pursuant to the Merger Agreement, Acquisition Sub was merged with and into the Company, with the Company continuing as the surviving corporation and a direct wholly owned subsidiary of PTMN (the “First Merger”). Immediately following the First Merger, the Company was merged with and into PTMN, with PTMN continuing as the surviving corporation (the “Second Merger” and, together with the First Merger, the “Mergers”). As a result of, and as of the effective time of, the Second Merger, the Company’s separate corporate existence ceased.

In accordance with the terms of the Merger Agreement, at the effective time of the First Merger (the “Effective Time”), holders of shares of the Company’s common stock, par value $0.001 per share (the “HCAP Common Stock”), issued and outstanding immediately prior to the Effective Time (other than shares held by a subsidiary of the Company or held, directly or indirectly, by PTMN or Acquisition Sub and all treasury shares (collectively, “Cancelled Shares”)) had their shares of HCAP Common Stock converted to the right to receive, in the aggregate, (1) $18,537,512.65 in cash payable by PTMN (the “PTMN Cash Consideration”), (2) 15,252,453 validly issued, fully paid and non-assessable shares of PTMN’s common stock, par value $0.01 per share (the “PTMN Stock Consideration” and, together with the PTMN Cash Consideration, the “PTMN Consideration”) and (3) $2.15 million in cash payable by Sierra Crest.

as an “Electing Share” and each share of HCAP Common Stock (other than a Cancelled Share) with respect to which an Election was not made or that was transferred after the election deadline on June 2, 2021 was treated as a “Non-Electing Share.”

Item 3.01. Notice of Delisting or Failure to Satisfy a Continued Listing Rule; Transfer of Listing.

The information in this Current Report on Form 8-K set forth under Items 2.01 and 3.01 is incorporated herein by reference into this Item 3.03.

Pursuant to the Third Supplemental Indenture, PTMN expressly assumed the due and punctual payment of the principal of (and premium, if any) and interest, if any, on the Notes and the performance of the Company’s covenants under the base indenture, dated as of January 27, 2015 (the “Base Indenture”), by and between the Company and the Trustee, as supplemented by the second supplemental indenture, dated as of August 24, 2017 (the “Second Supplemental Indenture”), by and between the Company and the Trustee. The Notes may be redeemed by PTMN at any time at par value plus accrued and unpaid interest. No change of control offer was required to be made in respect of the Notes in connection with the consummation of the Mergers.

Item 5.01. Changes in Control of Registrant.

As a result of the First Merger, a change in control of the Company occurred, and the Company became a wholly owned subsidiary of PTMN. The information contained in Item 2.01 is incorporated herein by reference.

Item 5.03. Amendments to Articles of Incorporation or Bylaws; Changes in Fiscal Year.

Item 5.07. Submission of Matters to a Vote of Security Holders. 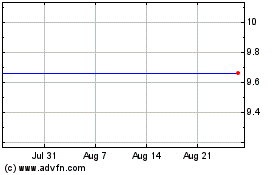 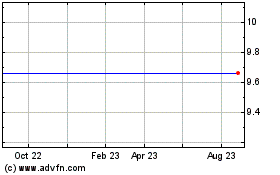 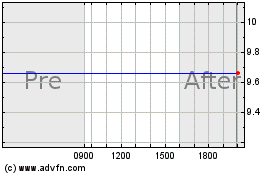