On November 13, 2019, Cytokinetics, Incorporated (the “Company”) completed its registered underwritten public offering of $138 million aggregate principal amount of 4.00% Convertible Senior Notes due 2026 (such notes, the “Notes,” and such offering, the “Offering”) pursuant to an underwriting agreement with Morgan Stanley & Co. LLC on behalf of itself and as representative of the several other underwriters named in Schedule I thereto, described in Item 8.01 below, which includes $18 million aggregate principal amount of Notes sold pursuant to the full exercise of the underwriters’ option to purchase additional Notes, solely to cover over-allotments.

Base Indenture and Supplemental Indenture

The Notes will mature on November 15, 2026 (the “Maturity Date”), unless earlier repurchased, redeemed, or converted. The Notes are senior unsecured obligations of the Company and bear interest at an annual rate of 4.00%, payable semi-annually in arrears on May 15 and November 15 of each year, beginning on May 15, 2020.

The Indenture contains customary events of default including: (1) a default in the payment when due (whether at maturity, upon redemption, repurchase upon fundamental change or otherwise) of the principal of, or the redemption price or fundamental change repurchase price for, any Note; (2) a default for 30 days in the payment when due of interest on any

The Indenture provides that the Company may not consolidate with or merge with or into, or sell, lease or otherwise transfer, in one transaction or a series of transactions, all or substantially all of the assets of the Company and its subsidiaries, taken as a whole, to another person (other than any such merger, sale, lease or transfer to one or more of the Company’s wholly owned subsidiaries not effected by means of a consolidation or merger), unless: (1) the resulting, surviving or transferee person is the Company or, if not the Company, is a corporation duly organized and existing under the laws of the United States of America, any State thereof or the District of Columbia that expressly assumes (by executing and delivering to the Trustee, at or before the effective time of such business combination event, a supplemental indenture) all of the Company obligations under the Indenture and the Notes and (2) immediately after giving effect to such business combination event, no default or Event of Default will have occurred and be continuing.

Amendments to Loan and Security Agreement

In connection with the Offering, on November 6, 2019 and November 7, 2019, the Company entered into a First Amendment and a Second Amendment (together, the “Amendments”) to that certain Loan and Security Agreement (the “Original Loan Agreement”), dated as of May 17, 2019, with Oxford Finance LLC (“Oxford”), as collateral agent, and Silicon Valley Bank (“SVB”) and Oxford as lenders party thereto. The Original Loan Agreement, as amended by the Amendments (the “Amended Loan Agreement”), permits the issuance of the Notes in the Offering and the capped call transactions described above and adds a financial covenant that the Company will maintain either (i) a minimum market capitalization of $550 million or (ii) minimum unrestricted cash and/or cash equivalents (including short-term investments) of $56.3 million in accounts at SVB, prior to the achievement of certain milestone in trial development.

The foregoing is only a summary of the material terms of the Amendments and does not purport to be complete and is qualified in its entirety by reference to the full text of the Amendments, which are filed as Exhibits 10.1 and 10.2 to this Current Report on Form 8-K and are incorporated herein by reference.

The information set forth in Item 1.01 is incorporated by reference into this Item 2.03.

On November 7, 2019, the Company entered into an underwriting agreement (the “Underwriting Agreement”) with Morgan Stanley & Co. LLC on behalf of itself and as representative of the several other underwriters named in Schedule I thereto (the “Underwriters”), pursuant to which the Company agreed to sell $120 million aggregate principal amount of Notes and, at the option of the Underwriters, up to an additional $18 million aggregate principal amount of Notes, solely to cover over-allotments.

The foregoing description of the Underwriting Agreement is qualified in its entirety by the copy thereof which is attached as Exhibit 1.1 to this Current Report on Form 8-K and is incorporated herein by reference.

The Company estimates that net proceeds from the Offering will be approximately $133.4 million, after deducting the Underwriters’ discounts and estimated transaction expenses associated with the Offering payable by the Company. The Company intends to use the net proceeds from the Offering to fund (i) the continued development of and commercial readiness activities associated with omecamtiv mecarbil, (ii) the continued clinical development of CK-274 and related compounds in indications associated with hypertrophic cardiomyopathies and related diseases associated with diastolic dysfunction and cardiac fibrosis, including heart failure with preserved ejection fraction, (iii) the continued clinical development of reldesemtiv in patients with amyotrophic lateral sclerosis and spinal muscular atrophy, including potential Phase 3 clinical trials and other commercial readiness activities, and (iv) working capital and other general corporate purposes, including tenant improvement of the new facility the Company plans to move into in 2021, capital expenditures, debt service or retirement of debt, including existing debt outstanding under the Amended Loan Agreement. Cytokinetics also used a portion of the net proceeds from the Offering to pay the cost of the capped call transactions described above.

In connection with the Offering, the Company is filing the opinion and consent of its counsel, Cooley LLP, regarding the validity of the securities being registered as Exhibits 5.1 and 23.1 to this Current Report on Form 8-K and are incorporated herein by reference. 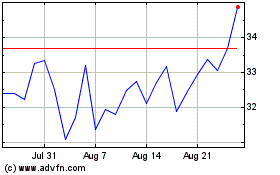 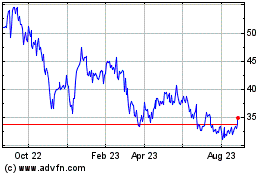 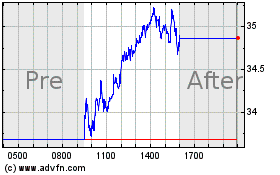