Depending on where you turn, it can seem as though it costs almost nothing to buy and sell stocks, invest in exchange-traded funds and even get financial advice.

But some of the juice behind the intensifying price war under way across the brokerage industry is drying up. Electronic brokers in recent years have become more reliant on their banking arms, which effectively subsidize low trading and investing fees. A key element of the business model was rising interest rates, but a flip in Federal Reserve policy this year to cutting them has changed the equation for e-brokers.

"Their fate largely rests with what the Fed decides to do," said Steven Chubak, a brokerage analyst at Wolfe Research.

Mr. Chubak and others said it will be hard for online brokers to walk back the deep discounts customers have grown used to. For now, they are culling expenses.

Charles Schwab Corp. earlier this month said it would cut 600 jobs, or 3% of its workforce. E*Trade Financial Corp. has said it is focusing on managing expenses, trimming such functions as marketing. TD Ameritrade Holding Corp., meanwhile, has said it would close about 20% of its retail branches.

In the past decade, Schwab has led the brokerage industry in slashing prices for trading, investing and personal financial advice to nearly nothing.

But nothing is free. Behind the low prices offered to customers has been an explosion in the banking arms connected to online brokers. The bet has been that customers would prefer to sacrifice earning interest on their cash, and in some cases be willing to allocate more of their investment portfolios to cash instead of investing it, in exchange for low or no fees for products and services.

For example, Schwab in recent years began offering fee-free digital financial advice. The tradeoff: Clients must hold a relatively high portion -- up to 30% -- of their portfolio in cash, which is swept to the banking arm.

Rising interest rates have been key to this business model because they have more than made up for falling fee revenue. Schwab and others sweep money from clients' brokerage accounts into their banks, where the companies can earn more on the cash by investing the money themselves and lending it out.

At Schwab, bank revenue now represents 60% of the overall amount, up from 38% in 2014. For E*Trade and TD Ameritrade, revenue generated by client cash now comprises about three-quarters and one-half of their businesses, respectively. That reliance means the online brokerage industry is increasingly at the mercy of the Fed.

One Schwab executive said the company's tilt toward its bank to drive profit intensified in recent years owing to expectations for rising interest rates. Rates were pinned near zero for nearly a decade, a period Schwab Chief Executive Walt Bettinger has called punishing, with "no other way to describe the financial impact on our company."

Now the path for more easing is more aggressive than Schwab and others were projecting, according to Mr. Chubak. "I don't think anyone anticipated a trade war, or that it would drive any sort of global slowdown to the extent it has," he said.

Analysts aren't expecting a return to zero interest rates, and there are also silver linings that help offset the impact of falling rates. When a weaker economy weighs on the stock market, investors typically move a bigger share of their portfolios to cash for safety, and some of that cash is expected to flow into the brokerages' banks. And when rates drop, some customers who might otherwise move cash to higher-yielding alternatives, such as certificates of deposit, may be less motivated to do so because of those lower rates.

Another buffer for Schwab, according to executives, is that a big chunk of its own investment portfolio it funds with client cash is fixed-rate, which don't move in step with the Fed.

Shareholders have in recent months grown less optimistic about the shares of e-brokers, in part because it will be hard for firms to squeeze much more out of clients now accustomed to barely-there fees, according to industry analysts and executives.

"It feels like a lot of eggs are in one basket," the Schwab executive said about how reliant the company has become on client cash in its bank. Rates were supposed to go higher, the person said, "but that was short-lived."

Write to Lisa Beilfuss at lisa.beilfuss@wsj.com 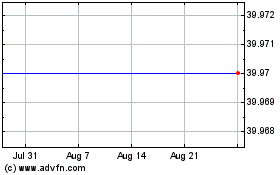 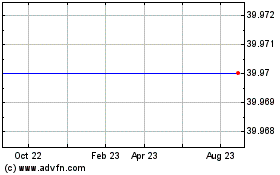 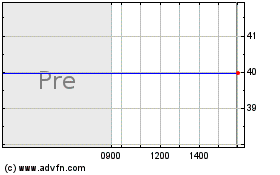