Brett Icahn, a graduate of Princeton University, joined Icahn Capital in 2002 and in 2010 became responsible for co-managing the Sargon Portfolio, a portfolio of assets within the Investment segment, subject to certain veto rights by Carl Icahn. The Sargon Portfolio generated annualized gross returns of 26.8% from its formation on April 1, 2010 through its expiration on July 31, 2016.

Icahn Enterprises also announced the adoption of a management succession plan, pursuant to which it is currently anticipated that Brett Icahn will succeed Carl Icahn as Chairman of Icahn Enterprises and Chief Executive Officer of the Investment segment following the end of the 7-year term of the Agreement or earlier if Carl Icahn should so determine.

This release contains or may be deemed to contain certain "forward-looking statements" within the meaning of the Private Securities Litigation Reform Act of 1995. Forward-looking statements may be identified by words such as "expects," "anticipates," "intends," "plans," "believes," "seeks," "estimates," "will" or words of similar meaning and include, but are not limited to, statements about the expected future business and financial performance of Icahn Enterprises L.P. and its subsidiaries. Actual events, results and outcomes may differ materially from our expectations due to a variety of known and unknown risks, uncertainties and other factors, including risks and uncertainties detailed from time to time in our filings with the Securities and Exchange Commission. Past performance in our Investment segment is not indicative of future performance. There can be no assurance that any forward-looking information will result or be achieved. We undertake no obligation to publicly update or review any forward-looking information, whether as a result of new information, future developments or otherwise. 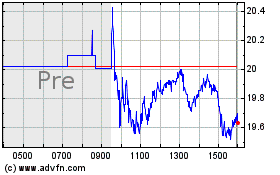