London's stock market could be about to lose one of its biggest companies--a blow not only to the City, but also to concerned investors who believe it could spark one of the biggest investment calls funds will have to make this year.

BHP Group PLC, one of the largest constituents of the FTSE 100, announced plans on Aug. 17 to ditch the London Stock Exchange as the primary location for the listing of its shares, opting for Sydney instead, where its parent company is based.

The planned overhaul of its dual corporate structure has sparked fierce reaction from some of the mining giant's largest investors, who are nursing a more than 5% drop in the company's share price after the plans were revealed.

One top 10 shareholder told Financial News: "London is the center for mining. If I were BHP, I would worry about not listing on the main index where all your peers are, and where all the intellectual energy, drive, and deals are around your sector."

"Do you really want to be on a different listing to Anglo [American], Glencore and Rio [Tinto]? You stay where the concentration or epicenter of your sector is in a capital markets sense."

The shareholder comments come after Legal & General Investment Management, another top investor in the mining company, called BHP's move "significant," raising the prospect of having to change its own strategy around the stake.

Index investors will be forced to dump BHP shares once it exits the FTSE 100. Losing a company of BHP's caliber was "disappointing," said Nick Stansbury, head of climate solutions at LGIM, which is one of the U.K.'s largest index fund providers.

The move, which BHP said will simplify its corporate structure, will need to win backing from shareholders at a meeting in October before it is implemented in 2022. But the proposal is likely to get support from activist hedge fund Elliott Management Corp., which owns 4.7% of the miner and in the past has called for structural changes to be made.

It isn't just BHP shareholders that are analyzing its stock listing decision, however. Other heavyweight City investors have expressed concerned about the potential fallout.

Euan Munro, chief executive of Newton Investment Management, said BHP's plans to shift its main listing from the U.K. index will have "way more impact than it should."

Mr. Munro said the move demonstrates "the tyranny of benchmarks in determining where trillions of folks' retirement assets are invested."

"The absurdity is that because a company delists in the U.K. this will trigger a massive, unnecessary and expensive transition away from the resource sector towards other sectors," Mr. Munro said in a LinkedIn post.

"This could possibly be the biggest asset allocation call some funds will make in the year and it will be based on a boardroom decision in BHP, not on any sound investment rationale at all."

Colin McLean, CEO of Edinburgh-based fund management company SVM Asset Management, said there is "a lot of misunderstanding" of indexes and the risk involved in funds that track them.

"For some time, U.K. indices have had disproportionate weighting towards international mining--particularly the FTSE 100 and All-Share, rather than Mid and Small cap. That has generally not been helpful to the perception of the London market," said Mr. McLean.

He added that while he understood BHP's decision, investors in U.K. funds could find it "difficult or expensive" to gain exposure to the company when it is listed overseas.

"While global funds can invest in overseas exchanges, not all funds or private investors have that flexibility, and it does add complexity and cost," he said. "Over time, I would expect some to sell out."

Peter Sleep, a senior portfolio manager at Seven Investment Management, said while active funds will largely be unaffected by the change, there will be "some churn for investors in tracker funds and ETFs."

"BHP is 2.33% of the FTSE 100 index and it is in many other U.K. and European indexes. These indexes will have to sell BHP and buy whatever replaces it. Similarly Australian and Australasian [investors] will probably have to buy BHP," he said.

However, Mr. Sleep downplayed some concerns that investors would be denied the opportunity to invest in "a great company" following BHP's exit from the FTSE 100.

"The market is in a constant state of flux and companies come in and out all the time due to M&A and IPOs," he said. 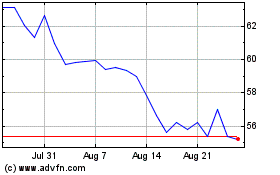 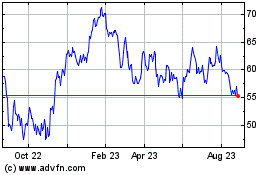 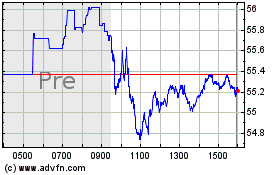