SECURITIES AND EXCHANGE ACT OF 1934

Check the appropriate box below if the Form 8-K filing is intended to simultaneously satisfy the filing obligations of the registrant under any of the following provisions:

Effective August 4, 2020, the Board of Directors unanimously appointed Mr. Fengming Liu, as the Chief Executive Officer (“CEO”) and Chief Scientist (“CS”). There is no arrangement or understanding between Mr. Liu and any other person pursuant to which Mr. Liu was selected as CEO and CS, there is no family relationship between Mr. Liu and any director or officer of the Company, and Mr. Liu is not party to any transaction in which the Company is a participant. Mr. Liu will continue to be entitled to participate in all employment benefit plans and policies of the Company generally available. Mr. Liu’s compensation will initially be $1. The Company and Mr. Liu and discussing his future compensation and upon finalization will file a Form 8-k to disclose the agreed upon compensation.

Mr. Liu, age 60, has been the Chief Executive Officer and the Director of R&D for Changzhou Biowin Pharmaceutical Company in Changzhou, China since year of 2012 and was responsible for the development of new products in in-vitro diagnostics and overall management of the company. Mr. Liu was the Executive Director of Beijing Yili Biotech Institute Company in Beijing, China from 2000 to 2010 and he was responsible for the research and development of pharmaceutical products and overall management of the company. Mr. Liu has made great contributions in many fields, including pharmaceuticals, diagnostic products and medical devices, and successfully led or joined in 43 biomedical related market approvals by the Chinese FDA so far. Due to his great achievement in biomedical sciences, Mr. Liu has been approved as the Principle Investigator for five of the national key projects from the Chinese National Development and Reform Commission and Ministry of Science and Technology of China. Mr. Liu is a national leading expert in this field and received several national awards including the Chinese Scientific Person of the Year in 2014, 2016 Overseas Chinese Innovation Talent Award, 2018 Industry University Cooperation Innovation Award and Top 10 Innovators of the Chinese Health Industry 2019. Mr. Liu was a medical doctor prior to 1992 and Mr. Liu received his medical degree from the Peking Union Medical College, the most prestigious medical college in China. Mr. Liu received his post-doctoral training at Creighton University and Dartmouth College from 1992-1997. Mr Liu served as assistant professor and research investigator at Creighton University, Dartmouth College and Millennium Pharmaceutical Inc. in the USA from 1997 to 1999. Mr. Liu is a business focused and profitability-driven management executive with a track record of success at biomedical and pharmaceutical companies.

Pursuant to the requirements of the Securities and Exchange Act of 1934, the Registrant has duly caused this report to be signed on its behalf by the undersigned thereunto duly authorized. 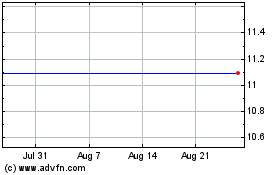 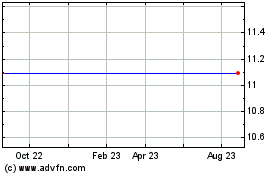 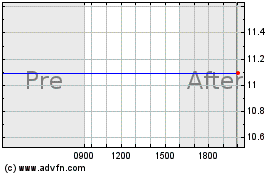