AMMO, Inc. (Nasdaq: POWW) (“AMMO” or the “Company”), a premier American ammunition and munition components manufacturer and technology leader, is pleased to provide a link to the transcript and summary excerpts of the Q&A session from the Company’s Fiscal 2021 Earnings call held on June 29, 2021.

Fiscal 2022 is positioned to be transformative in AMMO’s opinion, with revenue and earnings per share increasing significantly as the Company continues to deploy resources to solidify and enhance 2021’s trajectory through this Fiscal Year.

Got it. Okay. Maybe one more from me, and then I'll turn it over to take turns here. But just in terms of GunBroker, now that it's been brought on-line, wanted to get an update from you guys on maybe priorities in terms of what you see as some of the first add-on product lines you can bring to that? Obviously, I think in the past we've talked about the potential to be able to put ammunition through that platform, but there's also additional low-hanging fruit that we've talked about as well in terms of payments and financing and whatnot, and you guys have put some press releases out around that. But maybe you could just talk a little bit about the priority lists and where you see that headed.

Well, you're talking, you're hitting some of the priorities right there. We are, with GunBroker being the world's leading online marketplace, we are going to leverage that marketplace. Got 6 million plus active users, and we really want to enhance the customer experience, and I think one of the best ways to do that is really to host additional product offerings and add it to our lines.

One of the things we'll do, of course we talked about ammunition, seems like a low hanging fruit, but ammunition was only approximately 3% of their sales last year at GunBrokers. We feel that by going direct to the customer we can really drive revenues for GunBroker.

Okay, got it. I lied, I’m going to do one more and then I'll get back in queue, I promise on this one. But just wanted to get a quick update from you guys just in terms of now that you have GunBroker under the umbrella, so to speak, maybe talk a little bit about what you're seeing in terms of just consumer demand trends and how GMV has trended there. I know it's been running at a relatively elevated rate over the last several months, but just wanted to see, has that changed in any material way in recent weeks or months, and how do you see that trending for the rest of this fiscal year, if you could?

Hey Matt, this is Rob Wiley.

I think the last one from me is just, as we look at government military contracts, you've had some good announcements on that business, but how do you guys weigh, with your capacity, a military contract versus consumer ammunition? What are the margins like, and do you have capacity to be able to take on new contracts this year?

Let's break that into a couple of different answers.

We put a team together a few years ago to work in the military and the allied and the import business. Prior to even getting anything, we started to actually acquire equipment that were MilSpec-grade manufacturing. That was before we had any of the contracts with the U.S. Department of Defense. I will say that that probably helped us secure those contracts, as far as their requirements for performance and volume. But when it comes to the capacity, this team have done a fabulous job in moving in within the military machine, if you will. But for this Company, we're not going to go pursue or go under any contract with the U.S. military or military branches of an allied nation unless we're confident that we can perform and supply at a world-class level in all respects. We're not going to be everything to everybody, but we do have a few products that—well, we think that there's a lot of things we can't talk about, but some of the potential opportunities with the Armor Piercing and the Streak applications, we think that future is very bright moving forward.

Okay. That's great. That hits the point that you guys have always been focused more so on innovation and being differentiated rather than just selling plain ammunition. As we look forward, is that still the goal? It sounds like, as you guys are transitioning from just a manufacturer of ammunition to specialty ammunition, proprietary products and really now more technology company, maybe more so than just manufacturer.

Yes. So far it's working very well for us, and we don't see any reason to change what we try to do. We want to be a disrupter. You can call us whatever you'd like. But it's antiquated, need to change it. I think the e-commerce platform is a solid move that way, on top of our product line.

Mark, this is Fred. I don't think we're ever going to be a company that's going to be a little white box on the shelf with some red or blue lettering on it, selling at the cheapest price. It's not going to be us.

I know I said that was it, but I do have one more question. When it comes to the margin expansion, I know you guys are starting to see a lot of that operational leverage kick in now; on a percentage basis, where do you guys think you're at in terms of realizing full operational leverage capability? Are you 70% of the way there, 60% of the way they, or is it too early to call at this point?

Hey Brandon, this is Rob Wiley. I'm going to answer this in a little bit of a roundabout way. But our margins are growing rapidly, as you can see from our financial statements, and we expect them to do so in this next fiscal year, with the addition of GunBroker. Historically, they were kicking off gross margins at approximately 87%. With the growth in the margins we've had just from the loading operations over the past year, we've been able to increase our margins by 170% in the next fiscal year.

To answer part two of your question, we really look at the revenue mix of our next fiscal year broken out one-third to GunBroker and two-thirds to our loaded ammo operations. We previously announced guidance of $190 million.

The other thing that I say makes a big difference there, now that we've acquired GunBroker, we're not just a manufacturing company anymore, making ammo. We're in the marketplace.

Do you think at some point you guys are going to eventually see maybe the public market think of you and maybe even re-rate you as more of a marketplace business than just a commodity producer?

Yes, I think they are. Yes.

Hi guys, thanks for taking my call.

Rob, where do you see gross profit margin over the coming fiscal year? If you could give some color around the segmentation of that, that would be helpful.

Hi Mike, and thank you. We could grow—our gross margin's increasing rapidly. As I mentioned previously, GunBroker.com historically have kicked off margins of approximately 87%, and with our margins continuing to grow due to our scale, we're very excited at the potential increases that we expect to see throughout this next fiscal year.

I've heard the word marketplace mentioned a few times by Fred and you in your introductory comments. How do you see that going forward? Should the Street look at this from a re-rating standpoint?

Hi Mike, this is Rob Goodmanson. I think the Street is starting to realize really what we're doing here. Part of our plan was not to be just a straight manufacturing company. The marketplace is the place to be, this is a new way to do it, and I think that they will actually see, as the numbers come out moving forward, this year and next year, the year after that, that we will carry a different valuation than a manufacturing company.

Mike, this is Fred. I've been asked this question a lot, and my answer is, we did not buy GunBroker to just be GunBroker. We bought it because we knew we could put other stuff on that product line. My past experience with Action Performance, you saw what I did there, we just didn't have a little die-cast car or T-shirt, we probably had 160 SKUs before it was over. The plan is to grow GunBroker.

With its corporate offices headquartered in Scottsdale, Arizona. AMMO designs and manufactures products for a variety of aptitudes, including law enforcement, military, sport shooting and self-defense. The Company was founded in 2016 with a vision to change, innovate and invigorate the complacent munitions industry. AMMO promotes branded munitions as well as its patented STREAK™ Visual Ammunition, /stelTH/™ subsonic munitions, and armor piercing rounds for military use. For more information, please visit: www.ammo-inc.com.

As an AMMO subsidiary, GunBroker.com is the largest online marketplace dedicated to firearms, hunting, shooting and related products. Aside from merchandise bearing its logo, GunBroker.com currently sells none of the items listed on its website. Third-party sellers list items on the site and Federal and state laws govern the sale of firearms and other restricted items. Ownership policies and regulations are followed using licensed firearms dealers as transfer agents. Launched in 1999, GunBroker.com is an informative, secure and safe way to buy and sell firearms, ammunition, air guns, archery equipment, knives and swords, firearms accessories and hunting/shooting gear online. GunBroker.com promotes responsible ownership of guns and firearms. For more information, please visit: www.gunbroker.com. 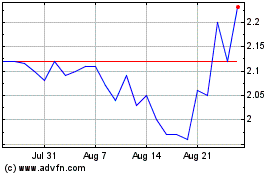 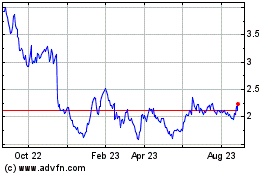 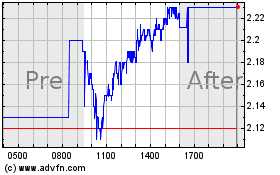