The sample (55 g) follows the initial quantities of mixed REC sample produced by the Company, announced March 23rd, 2022. The Company is pleased to report the new sample has a neodymium (Nd) and praseodymium (Pr) distribution – i.e. % of Nd+Pr oxide of the total rare earth oxide ("REO") – of 22.4%, which is significantly higher than the distribution reported by several major global producers, and that of the previous sample produced (21.6% NdPr). Additionally, the mixed REC sample, with a formula of REE2(CO3)3(H2O)8 as determined by XRD, contains 50.9% REO, <0.5 ppm Th, and <0.1 ppm U.

The Company is currently preparing a portion of this 55 g mixed REC sample to deliver to a third-party processor per their request. Additionally, continued scale-up to kilogram quantities of mixed REC is proceeding and anticipated to be completed in the coming weeks, where an approximate 1 kg sample will be delivered to another third-party processor per their request.

The mixed REC sample (Figure 1) was produced from the Ashram Rare Earth and Fluorspar Deposit using the conventional recovery flowsheet developed at Hazen Research, Inc. in Colorado, USA, which results in high grade monazite concentrate exceeding 40% REO. The monazite concentrate was processed through a sulphuric acid pot digestion (Figure 2), to 'crack' the monazite, which was then followed by a water leach to liberate the individual REEs into solution at high recovery (see news release dated September 9th, 2021). The thorium was then selectively removed using solvent extraction (Figure 3) and the REEs subsequently isolated, also using solvent extraction, and precipitated as a mixed REC concentrate, meeting typical market specifications (Figure 1).

In the rare earth industry, a mixed REC concentrate is typically viewed as the initial marketable product in the REE value chain. A mixed REC is readily saleable as it is the most common feedstock to REE solvent extraction facilities globally, which separate the individual REEs and allow for them to be individually refined into marketable products and disseminated throughout downstream value chains. 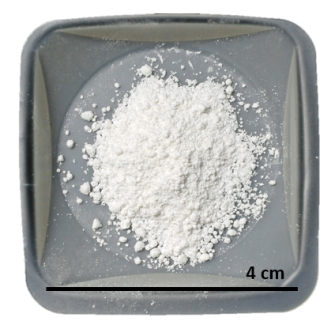 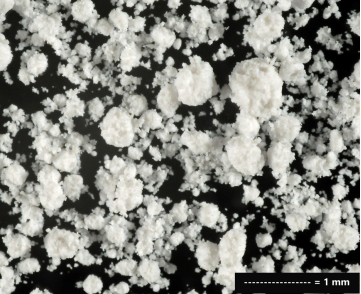 Figure 1: Sample of marketable mixed rare earth carbonate (55 g), at an NdPr distribution of 22.4%, produced from the Ashram Deposit 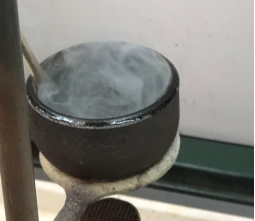 About the Ashram Deposit

The Ashram Deposit ranks as one of the largest REE (and fluorspar) deposits globally, consisting of a monazite dominated, single mineralized body outcropping at surface, and has a footprint approximately 600 m along strike, over 300 m across, and 600 m deep, remaining open in several directions. The deposit hosts a measured resource of 1.6 million tonnes (Mt) at 1.77% rare earth oxide (REO) and 3.8% F, an indicated resource of 27.7 Mt at 1.90% REO and 2.9% F, and an inferred resource of 219.8 Mt at 1.88% REO and 2.2% F, at a cut-off grade of 1.25% REO (Effective Date July 5th, 2012). Note, mineral resources are not mineral reserves as they do not have demonstrated economic viability. There is no certainty that all or any part of the Mineral Resources will be converted into Mineral Reserves.

Commerce Resources Corp. is a junior mineral resource company focused on the development of the Ashram Rare Earth and Fluorspar Deposit located in Quebec, Canada. The Company is positioning to be one of the lowest cost rare earth producers globally, with a specific focus on being a long-term supplier of mixed rare earth carbonate and/or NdPr oxide to the global market. The Ashram Deposit is characterized by simple rare earth (monazite, bastnaesite, xenotime) and gangue (carbonates) mineralogy, a large tonnage resource at favourable grade, and has demonstrated the production of high-grade (>45% REO) mineral concentrates at high recovery (>70%) in line with active global producers. In addition to being one of the largest rare earth deposits globally, Ashram is also one of the largest fluorspar deposits globally and has the potential to be a long-term supplier to the met-spar and acid-spar markets.

On Behalf of the Board of Directors

This news release contains forward-looking statements, which includes any information about activities, events or developments that the Company believes, expects or anticipates will or may occur in the future. Forward looking statements in this news release include that we expect to scale up and produce additional mixed REC; that mixed REC is readily saleable; that Ashram has the potential to become one of the largest fluorspar deposit and a long-term supplier to the met-spar and acid-spar markets;  and that the Company is positioning to be one of the lowest cost rare earth element producers globally. These forward-looking statements are subject to a variety of risks and uncertainties and other factors that could cause actual events or results to differ materially from those projected in the forward-looking information. Risks that could change or prevent these events, activities or developments from coming to fruition include:  that we may not be able to economically produce mixed REC, if at all; that we may not be able to fully finance any additional exploration on the Ashram Project; that even if we are able raise capital, costs for exploration activities may increase such that we may not have sufficient funds to pay for such exploration or processing activities;  the timing and content of any future work programs; potential process methods and mineral recoveries assumptions based on limited test work and by comparison to what are considered analogous deposits that, with further test work, may not be comparable; testing of our process may not prove successful or samples derived from the Ashram Project may not yield positive results, and even if such tests are successful or initial sample results are positive, the economic and other outcomes may not be as expected; the availability of labour and equipment to undertake future exploration work and testing activities; geopolitical risks which may result in market and economic instability;  and despite the current expected viability of the Ashram Project, conditions changing such that even if metals or minerals are discovered on the Ashram Project, the project may not be commercially viable. The forward-looking statements contained in this news release are made as of the date hereof and the Company assumes no responsibility to update or revise such information to reflect new events or circumstances, except as required by law. 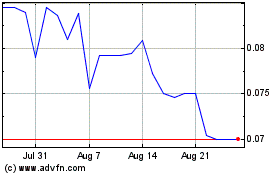 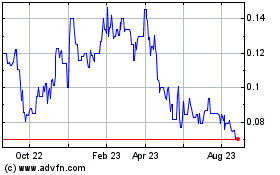 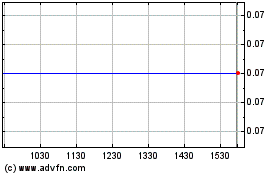