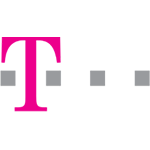 Verizon Communications Inc. secured more than half of the wireless airwaves offered in a U.S. government auction that racked up a record $81 billion in bids, according to details released Wednesday.

Verizon pledged $45.5 billion for the midrange spectrum rights, which can extend the reach and bandwidth of its fifth-generation wireless service. AT&T Inc. bid $23.4 billion, while T-Mobile US Inc. bid $9.3 billion.

The results answered a question that has absorbed wireless-industry investors since the Federal Communications Commission started the auction in December. Purchases of licenses to use certain airwaves are among the biggest checks a cellphone carrier can write.

Wireless companies have snapped up ever-larger chunks of the electromagnetic spectrum to keep up with their customers' growing demand for music, video and software streamed to their smartphones. A shortage of the asset can degrade service, putting a carrier at a competitive disadvantage.

The most recent spectrum sale offered cellular companies, cable-TV providers and other qualified bidders a chance to expand their wireless operations into the C-band range, a swath of airwaves previously restricted to satellite communications. The commission auctioned off 280 megahertz of the band, leaving the rest to incumbent satellite users and guard bands to block interference.

Strong demand for the 5G-friendly frequencies drove initial bids to a record $80.9 billion. A second phase designed to sort out the license types awarded to each bidder pushed the total last week to $81.2 billion.

Other expected bidders remained largely on the sidelines. An affiliate of Dish Network Corp. bid $2.5 million, suggesting the satellite-TV operator will rely on its existing cache of spectrum to build a new 5G network from scratch. C&C Wireless Holding Co., a joint venture of cable operators Comcast Corp. and Charter Communications Inc., won no licenses.

Down payments on the spectrum licenses are due March 10. The winning bidders will also spend an estimated $14 billion more to cover the costs of the satellite operators shifting their operations to a narrower band of the spectrum.

The promised sums could have lasting effects on the companies that bought the licenses. AT&T recently took out a $14.7 billion loan intended for spectrum purchases, among other priorities. Verizon and T-Mobile are widely expected to issue new bonds to pay for their pieces of the pie.

The carriers will use revenue from customers' cellphone bills to pay back those debts over time. Companies are widely expected to tout the broader benefits that 5G service offers business devices, rather than smartphones, as justification for the spending spree.

"They need to attach some revenues to this huge check that they're writing," said John Hodulik, an industry analyst at UBS Group AG.

Mr. Hodulik said Verizon in particular will discuss the benefits C-band spectrum offers its home-internet customers. Combining the airwaves acquired this year with existing high-frequency spectrum holdings could support a service that "could actually be something of a competitor to cable," he said.

The most recent auction wasn't cellphone carriers' last chance to secure midrange spectrum. Jessica Rosenworcel, the FCC's acting chairwoman, this week proposed a plan that would launch another auction for 100 megahertz of similar midrange spectrum in early October. 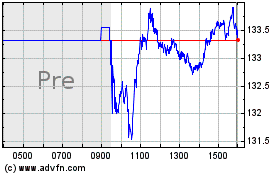