Mike Smith wears enough hats at Stitch Fix Inc. that he considers himself "a master of many trades." No wonder.

"I have managed every part of the business," the 50-year-old executive notes.

It is unclear whether his expertise as a corporate utility player will propel him to a corner office -- and fulfill an adolescent dream. He recognizes that the road to the top rarely runs straight, however. "I am very happy with my current roles," Mr. Smith says. Personal advisers have urged him to develop his career patiently.

Ms. Lake hired Mr. Smith from Walmart Inc. to be second in command of Stitch Fix in 2012. Her startup then employed only five people.

The pandemic initially hurt the company. A net loss of nearly $34 million during the third fiscal quarter ended May 2 was driven by weak sales and coronavirus-related expenses. In June, Stitch Fix said it expected to return to growth during the fourth quarter; those results get released Tuesday. With more Americans shopping online, Mr. Smith predicts, "we're in a very good position to accelerate the business."

He spent most of his childhood in suburban Annandale, Va. Inspired by an accounting summer internship, Mr. Smith decided at age 16 that he wanted to be a public company CEO. The high-school student drafted a multidecade plan to reach the corner office.

His plan required solid consulting experience and a graduate degree. He joined Andersen Consulting after completing a degree in interdisciplinary studies from University of Virginia.

He left that management consulting firm in 1996 to obtain an M.B.A. at the University of California at Berkeley. He next worked for Morgan Stanley and two software startups. Walmart chose him for a middle management role in its U.S. e-commerce business in 2003.

Flourishing in operations. Mr. Smith advanced into senior management of that business and was named COO in 2010. Walmart strongly hinted that he would lead the unit "at some point," he says. A Walmart spokesman declined to comment.

He nevertheless left the retail giant for tiny Stitch Fix because "I wanted to go build something from the ground up," Mr. Smith explains. Trusted mentors supported his risky switch. "These folks have lots of wisdom," he adds.

Here are four of Mr. Smith's most valued advisers:

Mr. Smith met Mr. Cast, an executive at Walmart's U.S. e-commerce unit, before accepting an offer to work for the retailer. "He was very honest about the good, bad and tough parts about the job."

Mr. Cast was equally frank about discouraging Mr. Smith's pursuit of fast promotions. "Carter thought I was being impatient and wasn't focused on the (learning) journey." Mr. Smith says he tried harder to excel in his present position because such competency "gives you confidence to do the next job really well."

Mr. Cast also recommended that his mentee broaden his skills through lateral transfers into fresh areas. That is why, for instance, the Stitch Fix COO agreed to become general manager of men's gear in 2016.

Mr. Vazquez is another Walmart leader who guided Mr. Smith without pulling his punches.

One such encounter occurred when Mr. Smith oversaw customer service at his unit. Both men visited a Mississippi call center to discipline a manager for treating staffers disrespectfully. Afterward, Mr. Vazquez chided his protégé because he didn't sit in a way that would have signaled his serious intent -- and persuaded the errant manager to behave differently.

Mr. Smith initially thought the posture critique "was nitpicky," he says. But "I learned very quickly it is not silly." Body language, attire and office setting count "when you are giving tough feedback," he points out.

Mr. Smith conducted a live, companywide meeting via Zoom for the first time following "a particularly difficult (and) very unprecedented week, " he recalls. During the March 12 session, he says he made sure he sat straight and maintained strong eye contact with the video camera. He chose to wear his usual work garb of a Stitch Fix button-down shirt and jeans because he thought the outfit would convey normalcy.

The executive chose his words carefully, too; he reminded colleagues of the company's resiliency.

Ms. Lake admires how Mr. Smith gives credit to his team. But the CEO says she occasionally urges him to tout the "incredible impact he has had" on Stitch Fix.

Mr. Smith adds that Ms. Lake previously suggested that he be more assertive during Stitch Fix board meetings by taking a seat alongside directors at the boardroom table. He accepted the idea.

Heeding her counsel, Mr. Smith recalls that he recently alerted Stitch Fix's board to how he and his team attracted more investors. Yet taking credit remains a tough task for the executive, who says he believes in valuing his employees more than himself. "You get way more mileage and have people who will run through walls for you," he observes. "We are all a work in progress, trying to get better every day."

Chairman of EIS Group Inc. and a special adviser for Andreessen Horowitz

Several years ago, a mutual acquaintance introduced Mr. Smith to Ken Coleman, a Silicon Valley veteran. Mr. Smith ended their initial networking session by asking his fellow Black executive how he might return the favor.

"Be successful and hire, mentor and sponsor those people of color that come behind you," Mr. Coleman proposed.

The suggestion bolstered Mr. Smith's commitment to recruit and coach diverse staffers for Stitch Fix. He hired a Black marketing manager to run its warehouses, for example. He helped the newcomer adjust to his first operational role -- and remains his internal advocate today. 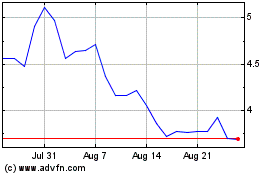 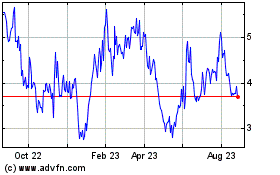 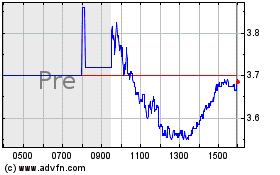