- Study will compare the acute subjective, physiological, and endocrine effects of R-MDMA, S-MDMA, and racemic MDMA in 24 healthy subjects - "MDMA is a racemic substance containing equal amounts of the enantiomers S-MDMA and R-MDMA," said Prof. Dr. Liechti, principal investigator of the trial. "Preclinical research indicates that S-MDMA mainly releases dopamine, norepinephrine, serotonin, and oxytocin while R-MDMA may act more directly on 5-HT2A receptors and release prolactin. Animal studies indicate that R-MDMA may have fewer adverse effects and have greater prosocial effects. But the acute effects of S- and R-MDMA have never been validly examined in a human study. We are excited for the opportunity to potentially validate these findings in healthy human subjects."

Dr. Miri Halperin Wernli, Executive President of MindMed, added, "Although we know from animal studies that the two enantiomers act synergistically to produce the subjective effects of MDMA, this study represents an opportunity to validate the potential improved safety profile and prosocial effects of the R-enantiomer of MDMA. Preclinical studies of R-MDMA demonstrate its acute prosocial effects, while its diminished dopaminergic activity suggest that it will exhibit less stimulant activity, neurotoxicity, hyperthermia and abuse liability compared to racemic MDMA or the S-enantiomer. MindMed is developing MM-402 for the treatment of core symptoms of autism spectrum disorder (ASD), which is a developmental disorder characterized by atypical social communication and interactions, repetitive patterns of behavior and restricted interests. Despite its significant and growing prevalence, there are no therapies approved to treat the core symptoms of ASD. We look forward to exploring the exciting opportunities being unlocked by Dr. Liechti's research."

MindMed is a clinical stage biopharmaceutical company developing novel products to treat brain health disorders, with a particular focus on psychiatry, addiction, pain and neurology. Our mission is to be the global leader in the development and delivery of treatments that unlock new opportunities to improve patient outcomes. We are developing a pipeline of innovative drug candidates, with and without acute perceptual effects, targeting the serotonin, dopamine and acetylcholine systems.

Certain statements in this news release related to the Company constitute "forward-looking information" within the meaning of applicable securities laws and are prospective in nature. Forward-looking information is not based on historical facts, but rather on current expectations and projections about future events and is therefore subject to risks and uncertainties which could cause actual results to differ materially from the future results expressed or implied by the forward-looking statements. These statements generally can be identified by the use of forward-looking words such as "will", "may", "should", "could", "intend", "estimate", "plan", "anticipate", "expect", "believe", "potential" or "continue", or the negative thereof or similar variations. Forward-looking information in this news release includes, but is not limited to, statements regarding anticipated upcoming milestones and studies, results and timing of clinical studies, and continuing collaborations and partnerships. There are numerous risks and uncertainties that could cause actual results and the Company's plans and objectives to differ materially from those expressed in the forward-looking information, including history of negative cash flows; limited operating history; incurrence of future losses; availability of additional capital; lack of product revenue; compliance with laws and regulations; difficulty associated with research and development; risks associated with clinical trials or studies; heightened regulatory scrutiny; early stage product development; clinical trial risks; regulatory approval processes; novelty of the psychedelic inspired medicines industry; as well as those risk factors discussed or referred to herein and the risks described in the Company's Annual Report on Form 10-K for the fiscal year ended December 31, 2021 and its Quarterly Reports on Form 10-Q for the period ended June 30, 2022 under headings such as "Special Note Regarding Forward-Looking Statements," and "Risk Factors" and "Management's Discussion and Analysis of Financial Condition and Results of Operations" and other filings and furnishings made by the Company with the securities regulatory authorities in all provinces and territories of Canada which are available under the Company's profile on SEDAR at www.sedar.com and with the U.S. Securities and Exchange Commission on EDGAR at www.sec.gov. Except as required by law, the Company undertakes no duty or obligation to update any forward-looking statements contained in this release as a result of new information, future events, changes in expectations or otherwise. 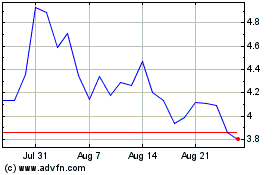 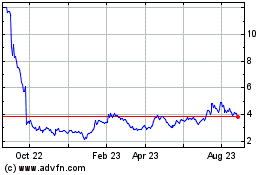 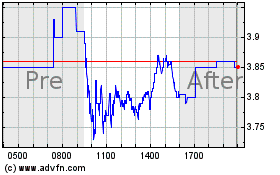