Carrollton, TX -- March 22, 2021 -- InvestorsHub NewsWire -- Allied Energy Corp. (OTC Pink: AGYP), an energy company focused on acquiring and reworking provable oil and gas reserves in the most prolific hydrocarbon areas of the United States, is pleased to announce that the Company has signed the final agreement contract with Energy Management Resources, LLC and has acquired an 80% stake in an initial two northern Texas oil wells identified as the "Palo Pinto #1" and "Palo Pinto #2" wells. Allied Energy's land position will allow the company to develop up to ten additional wells in the surrounding Baylor County Texas area known locally as the "Green Lease."

Allied CEO George Montieth elaborated on the acquisition: "With this Palo Pinto acquisition and with Curtis recently joining our team as Oil Operations Manager, real oil production for Allied is now only a few short weeks away. The Company's goal before summer is to have multiple wells at two different lease locations producing daily, with more new wells coming online throughout 2021. Allied has two important things going for it now that it has never enjoyed before: 1) Strategic funding of acquisitions, in a shareholder-friendly way, is being done with the long-term success of the Company in mind and 2) Rising oil prices that make re-completing formerly producing wells with 21st century technology highly lucrative. We are in the right industry sector at the right time and now we have the working capital to take advantage of this surging oil market while putting our years of expertise to good use. Based on the leases we now hold and others we plan to acquire I believe that Allied will strongly position itself as an oil producer within this market sector."

Allied is pleased to inform our valued shareholders that this acquisition was completed through a non-dilutive, all-cash purchase and immediately adds significant value to Allied's bottom line as a new asset on the books. Based on formal due diligence completed by Ardent Oil and Gas Consultants (http://ardentoil.com) the estimated ultimate recovery of the two Palo Pinto wells is approximately 113,000 barrels of oil or about $6.7 million dollars assuming a price of $60 per barrel for crude oil.

About AGYP: Allied Energy Corp. is an energy development and production company acquiring oil & gas reserves in some of the most prolific hydrocarbon bearing regions of the United States. The Company specializes in the business of reworking & re-completing 'existing' oil & gas wells located in the thousands of mature oil & gas producing fields across the United States. The Company applies its knowledge, experience, and effective well-remediation technologies to achieve higher production volumes, longer well life, and more efficient recovery of the proven and available oil and gas reserves in the fields/projects in which it has acquired an ownership interest. The Company will utilize updated technologies such as hydraulic fracturing ("fracking"), drilling of lateral ("horizontal") legs in productive zones, and utilizing new cased hole electric logging to locate bypassed pays, all to enhance daily rates and oil & gas recoveries. By acquiring interests in a growing number of selected projects in various regions, Allied Energy Corp. is diversifying its exposure and effectively minimizing risk as it pursues corporate growth, top line & bottom-line revenues to the benefit of all stakeholders. There are proven, recoverable reserves contained in the many aging oil & gas fields that have been bypassed by companies moving away from these fields in search of deeper, more plentiful, but more costly reserves. The Company plans to concentrate on bypassed oil and gas as there is less competition and as mentioned above, the costs are considerably less. Additionally, the company will acquire interests in marginal wells that can be acquired at minimal cost, of which there are 420,000 wells in the U.S. Quoting Barry Russell, President of the Independent Petroleum Association of America ("IPAA") - "With approximately 20 percent of American oil production and 10 percent of American natural gas production coming from marginal wells, they are America's true strategic petroleum reserve." 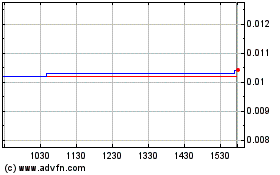