Chevron Corp. said Monday it was moving workers to safety and halting production temporarily at a pair of offshore production platforms in the Gulf of Mexico as it prepares for Hurricane Ian.

"We have begun transporting all personnel from our Petronius and Blind Faith platforms and are shutting-in the facilities," Chevron said in an emailed statement. Chevron added, however, that all of its other production from Chevron-operated Gulf of Mexico assets "remains at normal levels."

Shell, another offshore producer, said it also was keeping a close eye on the storm. "We are closely monitoring Hurricane Ian," the company said in an emailed statement. "As of today, there have been no impacts to Shell operations in the Gulf of Mexico."

Hurricane Ian is currently located in the Caribbean Sea and is expected to head northward and make landfall in western Cuba on Tuesday before continuing north and slightly east and making landfall somewhere near Tampa Bay, Fla., on Wednesday.

If current forecasts are confirmed, Hurricane Ian could become the first hurricane of the 2022 Atlantic hurricane season to make landfall on the U.S. mainland. 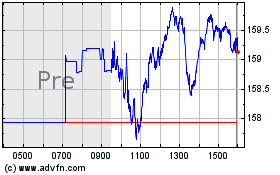