Net income available to common stockholders of $11.1 million for the first quarter, or $0.24 per diluted share

FFO is a non-GAAP supplemental earnings measure which the company considers meaningful in measuring its operating performance.  A reconciliation of FFO to net income is attached to this press release.

The portfolio leased status as of the end of the indicated quarter was as follows:

During the first quarter of 2019, the company signed 29 leases for approximately 229,900 square feet of retail and office space, as well as 345 multifamily apartment leases.  Renewals accounted for 92% of the comparable retail leases, 83% of the comparable office leases and 48% of the residential leases.

Retail and OfficeOn a comparable space basis (i.e. leases for which there was a former tenant) during the first quarter 2019 and trailing four quarters ended March 31, 2019, our retail and office leasing spreads are shown below:

Same-store cash NOI is a non-GAAP supplemental earnings measure which the company considers meaningful in measuring its operating performance.  A reconciliation of same-store cash NOI to net income is attached to this press release.

Balance Sheet and LiquidityAt March 31, 2019, the company had gross real estate assets of $2.7 billion and liquidity of $316.5 million, comprised of cash and cash equivalents of $54.5 million and $262.0 million of availability on its line of credit.

DividendsThe company declared dividends on its shares of common stock of $0.28 per share for the first quarter of 2019.  The dividends were paid on March 28, 2019.

The foregoing estimates are forward-looking and reflect management's view of current and future market conditions, including certain assumptions with respect to leasing activity, rental rates, occupancy levels, interest rates, credit spreads and the amount and timing of acquisition and development activities. The company's actual results may differ materially from these estimates.

Reconciliation of Net Income to Funds From OperationsThe company's FFO attributable to common stockholders and operating partnership unitholders and reconciliation to net income is as follows (in thousands except shares and per share data, unaudited):

(1) Same-store portfolio excludes (i) Waikele Center, due to significant redevelopment activity; (ii) Torrey Point, which was placed into operations and became available for occupancy in August 2018; (iii) Waikiki Beach Walk - Embassy Suites™ and Waikiki Beach Walk - Retail, due to significant spalling repair activity and (iv) land held for development.(2) Tenant improvement reimbursements are excluded from same-store cash NOI to provide a more accurate measure of operating performance.(3) Represents adjustments related to the straight-line rent income recognized during the period offset by cash received during the period and the provision for bad debts recorded for deferred rent receivable balances; the amortization of above (below) market rents, the amortization of lease incentives paid to tenants, the amortization of other lease intangibles, lease termination fees at Carmel Mountain Plaza, and straight-line rent expense for our leases of the Annex at The Landmark at One Market.

Reported results are preliminary and not final until the filing of the company's Form 10-Q with the Securities and Exchange Commission and, therefore, remain subject to adjustment.

Use of Non-GAAP Information

Cash Net Operating IncomeThe company uses cash net operating income ("NOI") internally to evaluate and compare the operating performance of the company's properties. The company believes cash NOI provides useful information to investors regarding the company's financial condition and results of operations because it reflects only those income and expense items that are incurred at the property level, and when compared across periods, can be used to determine trends in earnings of the company's properties as this measure is not affected by (1) the non-cash revenue and expense recognition items, (2) the cost of funds of the property owner, (3) the impact of depreciation and amortization expenses as well as gains or losses from the sale of operating real estate assets that are included in net income computed in accordance with GAAP or (4) general and administrative expenses and other gains and losses that are specific to the property owner.  The company believes the exclusion of these items from net income is useful because the resulting measure captures the actual revenue generated and actual expenses incurred in operating the company's properties as well as trends in occupancy rates, rental rates and operating costs. Cash NOI is a measure of the operating performance of the company's properties but does not measure the company's performance as a whole.  Cash NOI is therefore not a substitute for net income as computed in accordance with GAAP.

About American Assets Trust, Inc.American Assets Trust, Inc. (the “company”) is a full service, vertically integrated and self-administered real estate investment trust, or REIT, headquartered in San Diego, California. The company has over 50 years of experience in acquiring, improving, developing and managing premier retail, office and residential properties throughout the United States in some of the nation’s most dynamic, high-barrier-to-entry markets primarily in Southern California, Northern California, Oregon, Washington, Texas and Hawaii.  The company's retail portfolio comprises approximately 3.1 million rentable square feet, and its office portfolio comprises approximately 2.7 million square feet. In addition, the company owns one mixed-use property (including approximately 97,000 rentable square feet of retail space and a 369-room all-suite hotel) and 2,112 multifamily units. In 2011, the company was formed to succeed to the real estate business of American Assets, Inc., a privately held corporation founded in 1967 and, as such, has significant experience, long-standing relationships and extensive knowledge of its core markets, submarkets and asset classes. For additional information, please visit www.americanassetstrust.com. 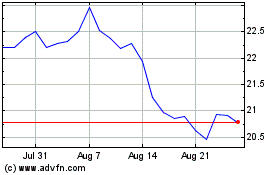 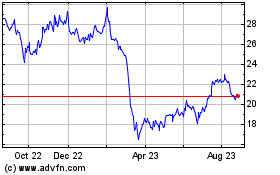