The U.S. dollar moved lower against its major trading partners in the European session on Tuesday, after a slew of speeches from Fed officials confirmed that easy policy would remain on hold, helping ease fears about policy tightening.

Fed officials talked down inflation risks overnight and repeated that the current price pressures are transitory.

Fed officials Lael Brainard, Raphael Bostic and James Bullard suggested that supply bottlenecks could lead to higher prices in coming months but the spike should be temporary.

Treasury yields fell on the Fed comments. The yield on the benchmark 10-year treasury note fell to 1.591 percent.

The euro rose on risk appetite, as investors scaled back expectations over a Fed rate hike.

Survey data from the ifo Institute showed that German business sentiment improved more than expected in May.

The business confidence index rose to 99.2 in May from 96.6 in the previous month. The reading was also above economists' forecast of 98.2. 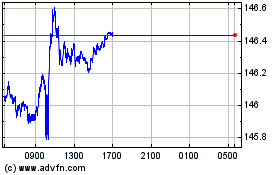